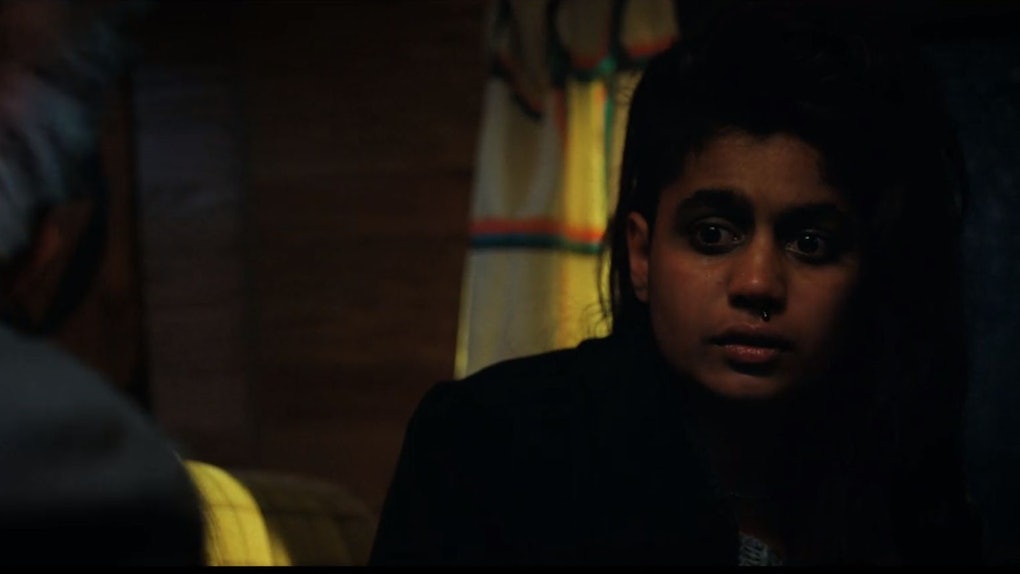 Is Eight In 'Stranger Things' Season 3? Here's Everything We Know

This season of Stranger Things ended in a surprising manner: Happy endings for everyone. But with such a neat and tidy wrap up, that means that Season 3 could go anywhere next year. Well not *anywhere.* With the Shadow Monster poised directly over Hawkins Middle School gym, we can guess next season will see the Upside Down, rather than the Soviets, attempt to recreate the CIA's experiment and break through into our world. But what else might return? Could Eleven's "sister" Kali be part of it? Is Eight in Stranger Things Season 3? Please note: This post contains spoilers for Stranger Things Season 2.

One of the big issues a lot of reviewers had with this season was the Kali story line, which I saw one refer to as a "plot cul-de-sac." I get it. We know from the moment Eleven leaves the shack in the woods that eventually she'll click her heels and head for her true home. That made the declarations of "home" both at the Ives and at Kali's a little irritating.

But the point is that Eleven knows nothing about her life, or the experiments that brought her to this point. She has to go on this spiritual journey in order to learn where her true home lies. I found the "Eight" detour extremely interesting, because Kali is, in a sense, following her programming.

She and Eleven were created to be weapons against a nebulous evil the CIA refers to as "The Soviets." Instead, they've taken that programming and turned it to other uses. Kali is using it to fight her own version of a nebulous evil, the one Jane refers to as "the bad men." She believes these are the most evil people on the planet: the ones who hurt her and her adopted family.

Eleven, on the other hand, is using it to fight real evil: the Monsters in the Upside Down. There are no grey areas, no innocent children huddling in terror in a room down the hall. There's nothing questionable about her fight, as there is about Kali's war.

That's why it's so easy for Eleven to see through Kali's vigilantism. Kali is basically no better than their "Papa." She's trying to use Eleven, the same way Brenner used Kali. In a way, she's internalized the lessons the CIA taught her much better than Eleven did. Brenner might even be a little proud.

What we hope then, for Kali, is that she is able to actually break free of the cycle of pain and violence committed in the name of something higher and righter. What Kali needs is a fight where the evil is real, and not imagined in the heads of others. She needs to fight something like the Upside Down.

Where are they? We can assume at least a few are dead, killed in the quest to make children with the abilities like Kali and Eleven. But they can't all have died. Somewhere, out in America, there are probably at least a couple more.

So let's look at the set up. We can assume the Upside Down and the Shadow Monster will spend all next year working on a way to break back through into Hawkins. At some point towards the beginning of Season 3 and Eleven's first year in a proper school, they'll succeed in some way.

But will that breakthrough only be in Hawkins proper? Or will it affect a much larger area, one that would draw the attention of someone like Kali (who knows where Eleven is from) as well as maybe a few others with versions of their abilities?

We'll have to hope Eleven gets some sort of backup when the monsters come again, as Hawkins CIA Lab will no longer be able to help. We can't wait for Season 3.

More like this
In 'Riverdale' Season 5, Toni Topaz Is The Black Superwoman Without A Cape
By Erika Hardison
5 Facts About Courtney From 'The Circle' Season 2
By Dylan Kickham
'The Witcher' Season 2: Release Date, Cast, Trailer, & More Info
By Ani Bundel
Stay up to date