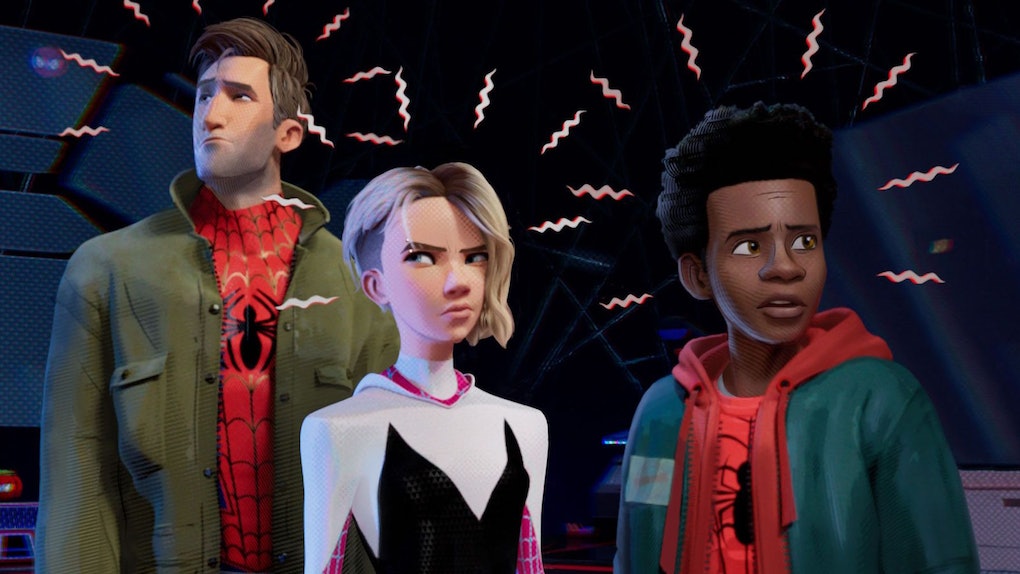 'Spider-Man: Into The Spider-Verse' Is Coming To Netflix Next Month, So Get Excited

We have gotten more than our fair share of Spider-Man movies over the past two decades, but now one of the best ones is swinging on over to Netflix. Spider-Man: Into the Spider-Verse became a surprise breakout hit among both audiences and critics when it debuted at the end of 2018, even going on to win the Oscar for Best Animated Feature. And if you missed out on seeing the movie while it was in theaters, then you're in luck, because Spider-Man: Into the Spider-Verse is coming to Netflix next month.

Spider-Man: Into the Spider-Verse served as the superhero genre introduction for the beloved filmmaking duo Phil Lord and Christopher Miller, the writers and directors behind hit franchises like The Lego Movie and 21 Jump Street films, as well as the cult classic early-2000s animated series Clone High. The film, which centers on Brooklyn teenager Miles Morales becoming the Spider-Man of his dimension while also meeting various Spider-People from other realities, received a groundswell of fan and critical acclaim both for its fresh, immersive plot as well as its vibrant and unique play on various animation styles not often associated with major motion pictures.

Most notably, Spider-Man: Into the Spider-Verse was highly praised in how it translated the traditional comic-book style seamlessly onto film, as the animation made heavy use of text boxes and unique coloring effects. The movie went on to sweep the Best Animated Feature category at every awards show in which it was nominated, including the Oscars, Golden Globes, and Critics' Choice Awards.

Netflix announced that Spider-Man: Into the Spider-Verse will be available to stream starting on Wednesday, June 26.

Due to Netflix's deal with Disney and Marvel Studios, every Marvel film that has been released has become available on Netflix for a certain period, but Spider-Man: Into the Spider-Verse was a questionable one among fans since it came from Sony's partnership with Marvel rather than Disney's. Thankfully, we now know that the movie will indeed be available on Netflix.

Spider-Man: Into the Spider-Verse joins a long list of movies being added to Netflix in the month of June. Other licensed movies that will be available to stream on Netflix this month include Crazy Rich Asians, The Witches, The Nun, and The Girl on the Train. Netflix also announced all of its new original content coming to the service next month, including new seasons of hit shows Black Mirror and Jessica Jones. You can see the full list below: