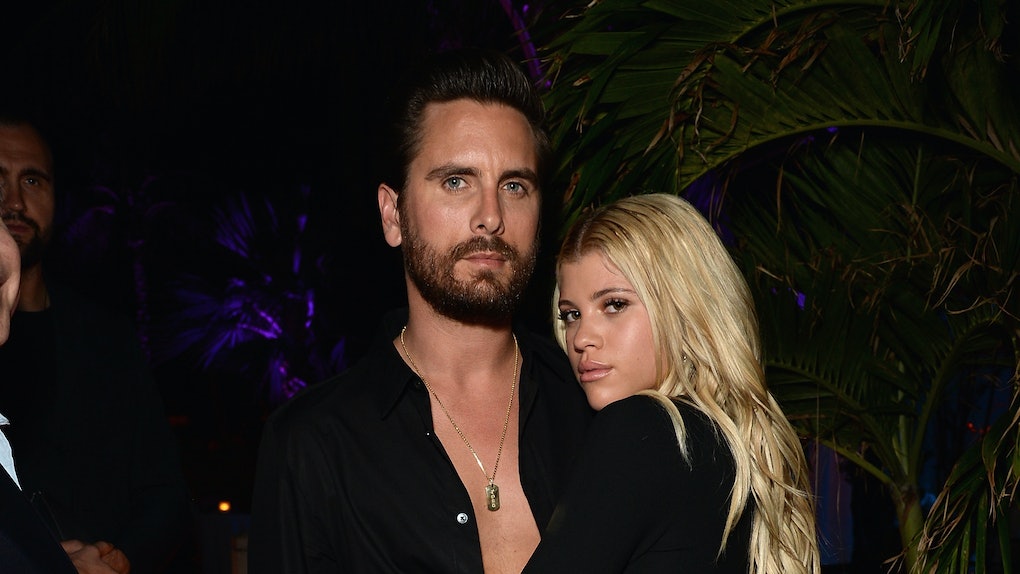 As much as I wish I could say otherwise, I love Scott Disick. So, no, I can't necessarily blame Sofia Richie for wanting to date him. Like have you seen an episode of Keeping Up with the Kardashians? The guy's an absolute hoot! That being said, it's hard to tell what their relationship really looks like behind closed doors — that is, until now. A recent article in Australia's Sydney Morning Herald revealed Sofia Richie is "lovey dovey" with Scott Disick.

In the interview, Richie credits her strong bond with Disick to the fact that they're "best friends" with each other. Yep, that's right. They're besties. “We are best friends and that is mainly the strongest connection we have,” she told the newspaper. “We have always had that best friend connection and from there it has really worked out. I am so happy.”

"We are very happy, very lovey dovey," she added to the reporter.

Richie added that she isn't a fan of the rumors that tabloids report about her relationship. "Everything is so false," she explained in the interview. "I don't read it because I just get really angry."

That being said, Richie also acknowledges the fact that when your relationship is on the cover of every magazine at the grocery store and on everyone's Twitter feed, completely tuning out isn't always an option. "It's hard to fully avoid it, but I get a good laugh too," she notes.

Us Weekly reports the pair started their relationship back in 2017 when Disick was reportedly playing the field following his breakup with Kourtney Kardashian. But one year later, I think it's clear to see that what may have started as a rebound has definitely evolved into something more serious.

Unfortunately, while Richie may be totally happy with her relationship, Disick's ex isn't quite on board with everything. Just a few days ago, a clip aired of Kardashian and Disick arguing about his new relationship.

Basically, she wasn't pleased that her ex decided to introduce their children to Richie without giving her a warning.

“It’s called giving someone a heads up and having a respectful conversation, giving someone the respect,” she explained to Disick, who didn't seem to realize why his actions might have made her upset.

You can watch the entire clip below. It's cringe-worthy, to say the least.

Here's to hoping the new couple continues to be happy and that they figure out a way to make their relationship work for his children and their mother.