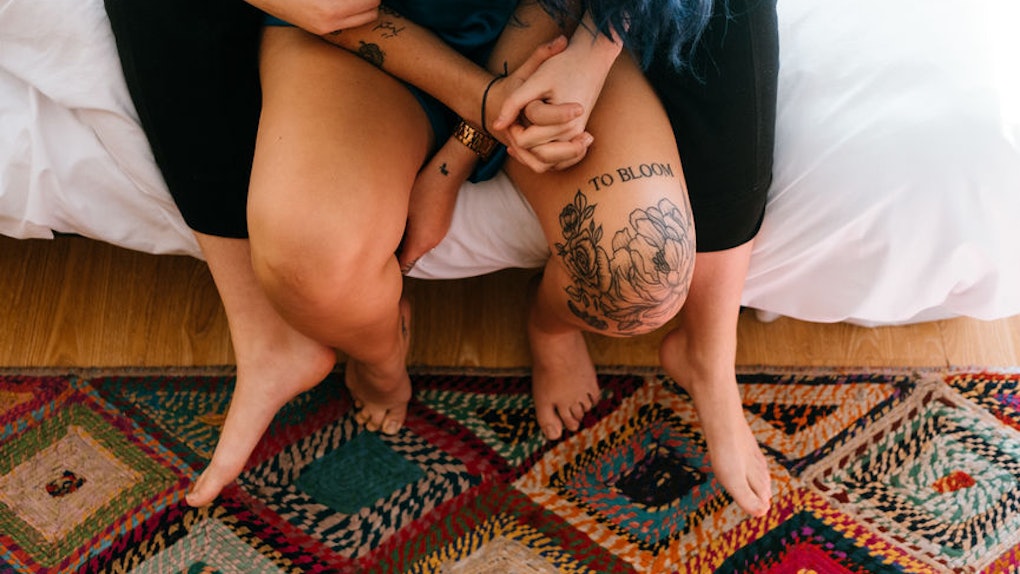 Should You Only Date People You Can Imagine Marrying? Consider This First

Dating can be hard, especially if you're specifically dating with the intention of finding a long-term partner or spouse. It can feel really freaking tough to put yourself out there on dates with people you don't know from an app or someone you met through a friend. If you're feeling lost because you continually have dating experiences that don't pan out, you're certainly not alone. It might lead you to wonder if you should only date people you can imagine marrying. This question is super fair — if that's your ultimate goal. However, it gets complicated because early dating situations are so precarious. Sometimes, dating with such a specific goal can squelch the early, fragile flicker of mutual attraction.

"This totally depends on the person and what they envision for their future, but there's no hard and fast rule on this," says Victoria Tarbell, LMHC, RYT, a mental health professional that specializes in working with women in their 20s and 30s. "Dating and relationships nowadays often look quite different from what they did even just a few years ago." She explains that the idea of doing the "right" thing when dating is a significant topic that often comes up with her clients. She adds that the most important thing one can do is communicate openly, to ensure that both partners know where the other one stands — without placing impossible expectations on the budding connection.

Tarbell recommends that you stay true to what you want, without having expectations that constrict your relationships from growing. For example, she explains that if marriage is your goal you can lean into that vulnerability and express that you're interested in something long-term. If you've been dating for a little while, you can also try to phrase it as, "I can see a future with you." Tarbell says that if you are serious about marriage or something long-term, it can help to communicate that early on in a gentle way, because you can learn if the person you're seeing is on the same page.

One concern that comes with dating people you can see yourself marrying is the risk of putting too much pressure on the relationship early on. Tarbell says that if you're not careful, you can even pigeonhole people into a relationship that isn't super healthy. She recommends you allow yourself to broaden your list of goals — for instance, marriage can be your ultimate goal, but you can also have smaller milestones (like being vulnerable with each other) to aim for early on.

Tarbell says that her clients frequently feel surprised by their dating life. For example, she sees a lot of clients go into a dating experience expecting it to be casual, but then it becomes serious over time. "I've also seen many instances of someone going into a dating experience thinking, this is the person I'm going to marry, have it be a mediocre fit, and then exhaust a lot of time and energy within the relationship because everything looked good on paper. Keeping an open mind is important, but beware of overcommitting yourself," says Tarbell.

If you're currently getting over something that you wanted to be more serious than it was, Tarbell has some reassuring words for you. She explains that there is so much potential for learning and growth through dating and relationships. "If you take the time to meaningfully reflect on these relationships and what they mean to you, there is always something valuable to come from it. With this, it can absolutely be worthwhile to date for the purpose of dating," she says. So, DW — you're not wasting your time if you're dating without the intention of marriage, because there's always more to learn about yourself along the way.

Ultimately, it's about balancing what you want and keeping an open mind. She recommends that you communicate what you want in a gentle way, so that the two of you can be on the same page. But dating early on without intense goals has a lot to offer you, even if you don't have an exact idea of where things are going.