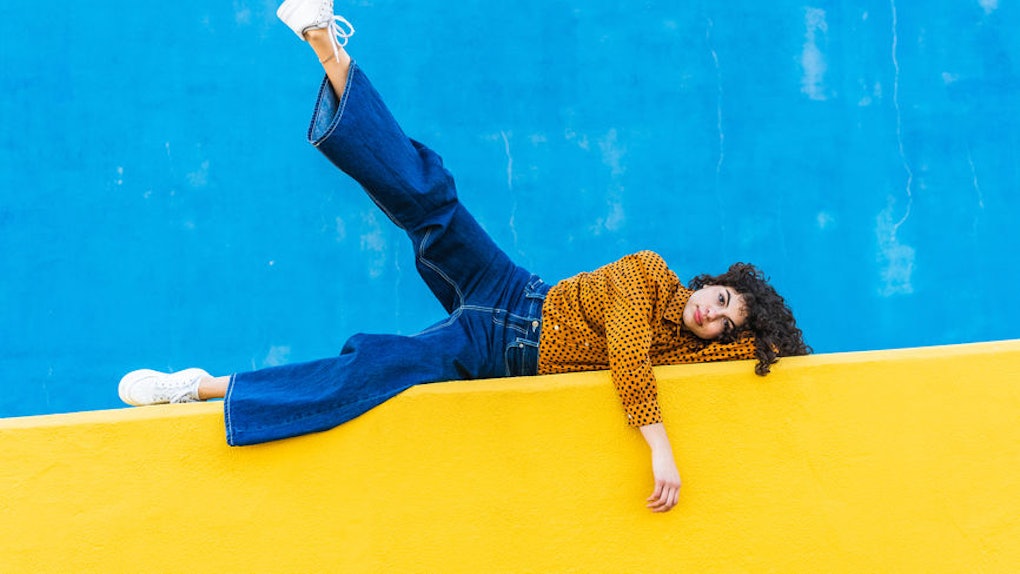 Have You Asked Someone Out & Gotten Rejected? Here's How To Handle It, According To 7 People

Asking a crush out can be one of the most heart-fluttering, faint-inducing experiences in the world. On the other hand, getting rejected can make you feel like you will never be able to put yourself out there again. But fret not: Hearing stories from other folks who have asked someone out and were rejected can help to soothe your ego. There are so many reasons you should channel Dory from Finding Nemo and just keeping swimming — because there are so many other fish in the sea. Dad jokes aside, it's totally OK to feel the whole range of emotions that rejection can elicit.

It can be easy to metabolize being rejected as something that reflects your worth as a person, or to feel isolated, because it's an inherently solo experience. But remember that someone could be turning you down for a million different reasons that have nothing to do with you! They could be taken, uninterested in dating at the moment or processing something that make them emotionally unavailable. Alternatively, if their reason for turning you down is because they aren't interested in you — that's OK, too. Rejection doesn't reduce your worth as a person. You are undoubtedly honest and brave in putting yourself out there.

Here's how to handle asking someone out and getting rejected, according to seven people.

When Practice Doesn't Make Perfect, But Def Makes You Stronger

I go up to guys all the time and tell them, 'You are so handsome.' They're not often super interested, but I like to do it because I would rather say what I am thinking than not know what could happen. It does feel sh*tty in the moment of getting rejected. But... I think doing it so often helps my confidence because I am not as afraid of it.

When You Learn A Lot From The Less-Than-Fun Experience

In college, I used to ask these femme straight girls out a lot. They would always respond with, like, 'Oh, I really like you too but I just can't,' which was annoying. The lesson I learned from that is I stopped asking out straight girls, because why was I doing that.

I think getting rejected may have been the best thing that happened to me. I have always been so scared of rejection, so much that it kept me from going after a lot of guys in high school and college that I really liked. After graduation, I told one of my best friends I liked him and I got rejected. While it felt sh*tty, it was not as bad as I imagined. Now I feel empowered to say what I feel because I know I am strong — and I will always be there to catch myself.

When An Experience Stays With You For A... While

I had a crush on a quiet boy I'd befriended in my science class. I went up to his locker at the end of the day, and said 'Hey I like you.' He looked stunned, so I said, 'OK bye,' and left. We never discussed it again. I think it emboldened me, and I didn't even mind he didn't say anything, but my friends made up a song and dance called "Rejected!" So my advice is to have better friends who support you shooting your shot and won't sing and dance at your expense in gym class.

When You Take Everything As A Learning Experience

"[After being rejected] I just try and remember that romantic and sexual attraction don't have to come from who I had in mind, and platonic love is not any lesser. It's not a loss, just a recalibration. Also I think societally we put a lot of anxiety into possibility of rejection to the point where we don't want to ask consent at all or explain our feelings for fear of what they mean. Being able to be vulnerable with someone and trust them to be open about such things is itself a gain no matter what the reaction is. And it sets a precedent for openness... It makes a difference to put yourself out there for all that it means.

When You Count Your Losses And Keep Going

I haven’t been rejected when asking someone out on a date (blessed), but I have been rejected when trying to take something casual to something more serious, which is not great for the ego. I hate the cliché: 'there are plenty of fish in the sea,' but to be perfectly real — there are so many d*mn fish in the sea. So many people who will find you funny and attractive and level with your brain. And some of them are gonna be a great time for a little while and some of them are gonna be amazing for a long time and maybe even forever. But not every great person you meet is going to have a place in your life.

I've been rejected when asking people out about twice in my life (which is also how many times I've taken the initiative to ask people out, ha). One time was when I was studying abroad in Italy and I kissed this beautiful Italian guy on my birthday and he was not interested later on. It was pretty embarrassing! I had to really reckon with my ideas about rejection after that. And then another time I asked this girl I was crushing on to get coffee and she was like, "Yea, let me check my calendar" and didn't get back to me. That was recently. I guess I just cut my losses on that one. I don't know if I have a lot of advice when it comes to this because it's pretty straight up scary and hard. Props to the people asking others out on the reg!

It's pretty awesome of these folks to put themselves out there in this way. If someone you liked has turned you down, it's truly OK to retreat for a bit and just feel all the feels. But it's clear from these folks that the experience can actually have a positive impact long-term. Here's to shooting your shot, regardless of whether or not you actually make it — because it's all about giving it a try.

More like this
25 Sexy Questions To Ask Your Crush If You Want To Turn Up The Heat
By Danielle Sinay
Demi Lovato Revealed She’s Pansexual & Says She “Likes Anything, Really”
By Caroline Colvin
10 'Gossip Girl' Actors Who Dated Each Other IRL
By Corinne Sullivan
Stay up to date