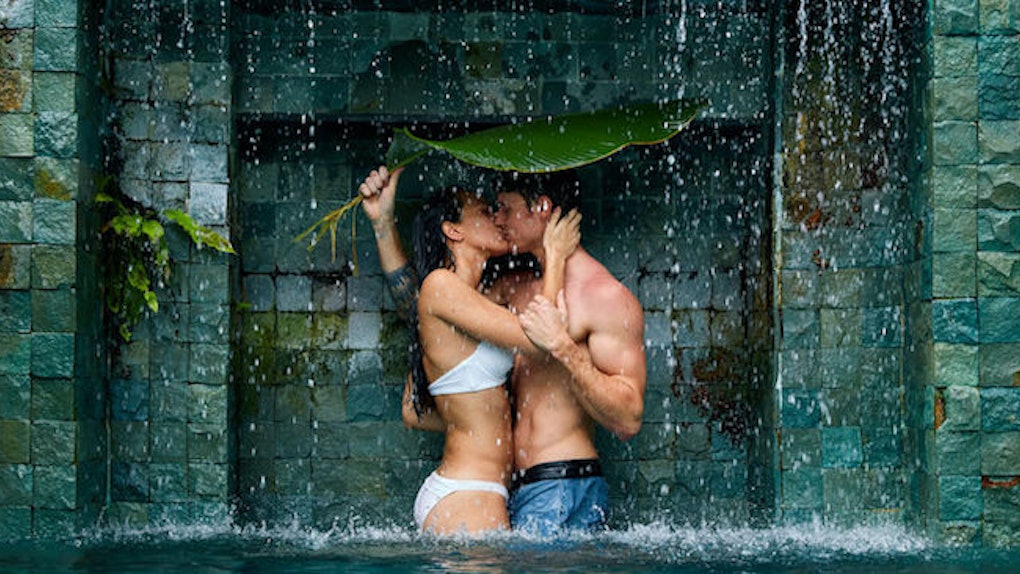 Should You Have Sex Before Or After Defining The Relationship? Here’s What Experts Say

In modern dating, a question that plagues the minds of many young people is whether to have sex before or after defining the relationship. You may think it's more "normal" to wait after a certain number of dates, until the other person has given you validation that they're into you, or following a super romantic evening. You also could be considering what kind of message you want to be sending — having sex on the first date may indicate you prefer something more casual. Or not. It varies for everyone.

If you're having sex with someone in the hopes that sex will fix any problems you might have, or instantly make you two more relationship-ready without a legitimate conversation about it, maybe you ought to rethink. Sex shouldn't be used as leverage to get someone to commit to you. If you know you want more from the other person beyond sex before actually defining what you two are, having sex won't suddenly make them want a relationship with you. Sorry if that's harsh, but sometimes we all need a fresh dose of reality.

But hey — I'm not the only one who thinks this.

"Doing the deed isn't automatically going to push your partner into starting a relationship, becoming monogamous, proposing to you, or falling in love with you," Vanessa Marin, a licensed sex psychotherapist, told Bustle. If that's the reason you may be speeding up having sex with this person, it's smart to first define the relationship so you can prevent any potential hurt.

But, if you know you don't get too attached after sex, or you've both made your intentions clear from the get-go, it's safe to say you can have sex whenever you damn well want.

"You can't always listen to the fables and rules around you, as you are the one who will truly know when is the best time," Dr. Nikki Goldstein, expert sexologist and author of Single But Dating: A Field Guide to Dating in the Digital Age told Elite Daily. "You need to be in tune with that instinct and learn how to trust yourself."

The truth is, nobody knows when you're most comfortable having sex with someone better than you. And maybe having sex after "defining the relationship" is easiest for everyone to prevent anyone from getting upset, but maybe you can tell it's much more casual than that from the start. And if so, well, it's up to you to see what works for you and that person.

The three-date rule (or, I've heard it's a seven-date rule now? Who knows.) may be a good trick for you, generally speaking, but it's entirely up to you to determine when the right time is to have sex. If you want to go for it after the first date and you're both feeling it, why the hell not? Listen to your body, respect your desires, and as long as everything is consensual, have a fun time. Communicating what you want is the best way to go, but also remember that sometimes, things are better lived in-the-moment and spontaneously.

Only you can tell what's going to be a good choice for your own self, and as long as you're being honest with the other person (AKA not pretending you're fine with something casual so you can hook up but secretly wanting a relationship!), enjoy your ~alone time~ in the bedroom.