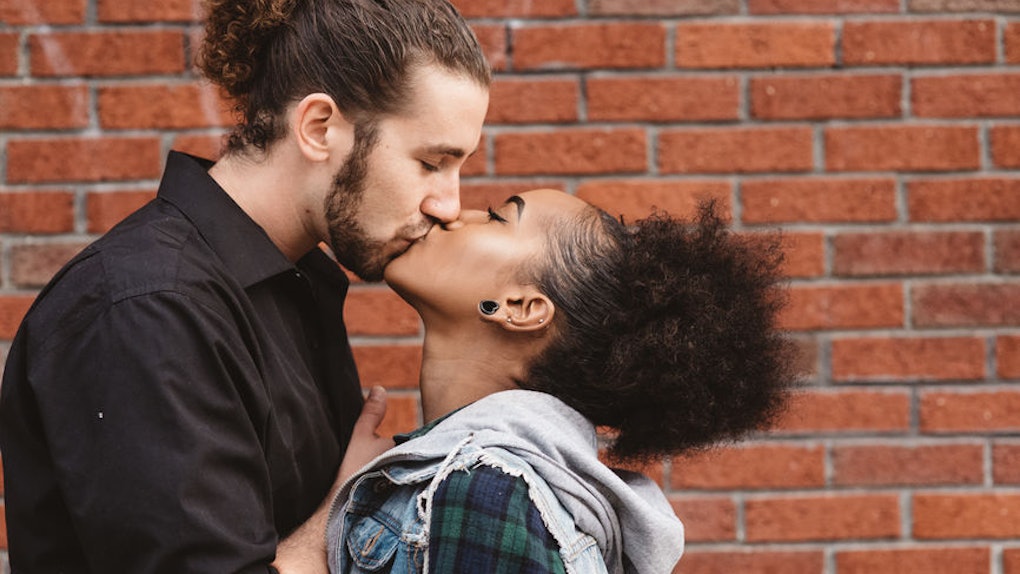 Should You First Say "I Love You" On Valentine's Day? 4 People Who Did It Weigh In

What better time to say "I love you" than the most romantic holiday of the year? Valentine’s Day is all about honoring your love for bae, so it makes sense that it might be a good time to say those three little words for the first time. Whether you’re keeping things low-key or going all out, it’s tempting to express all your new feelings on a day filled with passion. Should you first say "I love you" on Valentine’s Day, or is it potentially a recipe for disaster?

On a day filled with candy and flowers galore, it’s likely that you’ll be feeling all kinds of heart fluttery feels for your partner. Whether you’ve been dating for two weeks or two years, it’s only natural that a celebration of love would help you realize that maybe you’re in love yourself. It’s not uncommon for people to decide to make the move on Valentine’s Day, finally telling their partner that they’ve fallen head over heels. In these stories below, this experience is all too real — and the results are surprising. Read on for some inspo for why Valentine’s Day is the perfect occasion for a verbal declaration of love… or why it might just be the worst time ever to confess your true feelings.

I was dating my high school boyfriend for five to six months by the time it was Valentine's Day my senior year. I assumed that he would tell me he loved me on Valentine’s Day, and I wanted him to say it first because I thought it was what he was supposed to do. But alas, he did not. So later, I was being all moody via text and he asked me what was wrong and I literally said, 'I was hoping you would say something to me tonight' hinting at it, and he said something like, 'For XYZ reasons I think it's safe to say that I love you.' Now that I think about it, it’s so lame, but I was over the moon having guilted him into saying it first. So I sent back heart eyes and an 'I love you too' as if it had totally caught me off guard.

Too Little Too Late

He was my college boyfriend, and after a year of seeing each other, we went to a nice dinner on Valentine’s Day. We got back to his place and were making out, and I started talking about how long we were together, hoping he would say it. Finally I said ‘I love you’ and he just said ‘thank you.’ Of course I got upset, but he told me that he’d never said it before and wasn’t really in touch with his emotions in that way. A month later, when I was in the middle of trying to break up with him, he told me he loved me. I stayed with him until graduation but it put a huge strain on our relationship.

I knew I was in love with my partner a month into dating. I had never said 'I love you' before and I knew he had been in love before, so I was very nervous. I decided to write it to him in a card on Valentine’s Day — I think the exact words were 'I’m falling for you.' I cried giving it to him, and it felt so good to hear it back.

I did, in highschool, which was 6 years ago? I made the famous cringe letter in a enveloppe, which was a poem i can barely remember, and i slipped it into her locker anonymously. And by the end of the day i told her it was from me. She kindly thanked me and i left. We've met again in collegue where we were lab collegues before she left the city. At that time we were both dating someone.

Whether or not you decide to say "I love you" on Valentine’s Day, it’s safe to say that the success of your declaration probably depends on your relationship dynamic. And don’t force it if V-Day doesn’t feel like the right day! When you’re in love, you’ll just know, and you can express it to your partner however feels right to you.