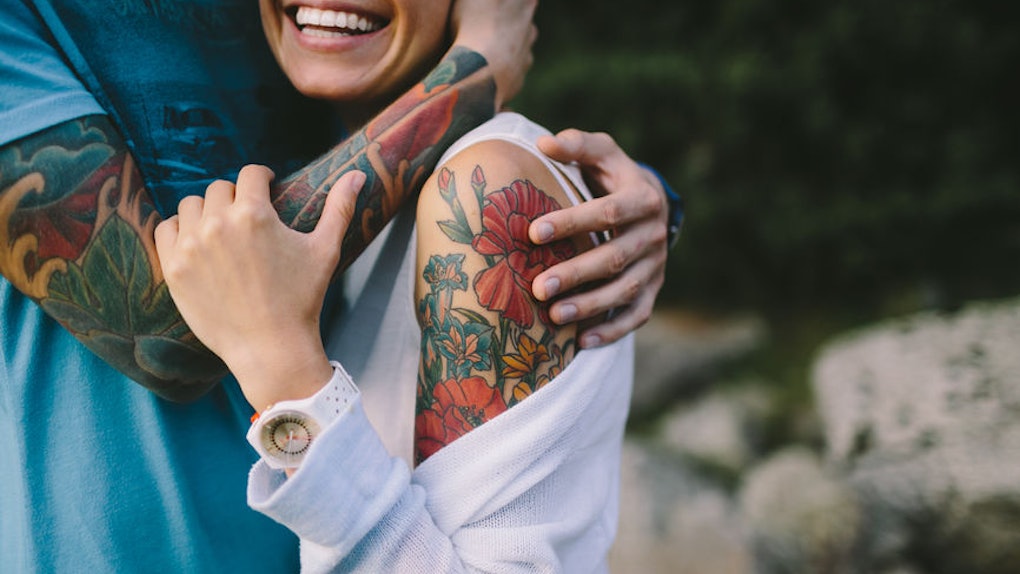 Should You Date Around Before Settling Down? 8 People On How It Helped Their Relationship

Some may find “the one” early in life and immediately settle into a monogamous relationship. As for the rest — it takes a little trial and error to ultimately land on romantic happiness. If you've ever found yourself wondering, "should I date around before settling down?" consider this: doing so can actually be beneficial for you in the long run. With each experience, you begin to clarify what you’re looking for (or what you aren’t looking for — which TBH, is equally valuable knowledge). Not to mention, maturity comes with age. As you continue to date, you may realize that the traits you thought were important (height, a passion for baseball, the ability to perfectly cook a steak), actually don’t matter nearly as much as the other factors (compatible communication styles, core values). You start to learn what you’re willing to put up with, what you can compromise on, and what you simply can’t tolerate.

It goes without saying that the game has changed quite a bit since our parents were dating. According to 2018 estimates from the U.S. Census Bureau, the average age for women to get married in 2017 was 27.4 years old, and the average age for a man’s first marriage was 29.5 years old. That’s a new record high — in fact, the average age for women to get married was 22 in 1980 and 20.3 in 1960. While neither approach is right or wrong by any means, and settling down early can work for some, others may find that it takes weeding through the ones who aren’t a good fit to find the one who is. Here’s what eight people have to say about how dating before settling down ultimately made them a better partner in their relationship.

It helped put things in perspective.

I learned what kind of crazy I can live with.

It offered insight into women.

I’m glad I dated around before settling down. I gained more experience and learned what women wanted and such.

It helped him get comfortable being open.

It helps you find new kinks, get comfortable with what it's like to have another human being that you should check up on to see how their day went, etc. I'm now settled down, something just four years prior I thought would've either never happened or not happened until age 30, but I digress. Mostly, dating around helps you get comfortable with how YOU are during a relationship. There are some things I'd have never told my wife had I not dated around before marrying her because I wouldn't have had the confidence to do so.

It clarified the dealbreakers.

I think it can go both ways. You definitely learn what is a major deal breaker, and what isn't. You'll learn you might like something you didn't know you did. Do it for too long and you'll fall into a trap of "she's great, but only if…” I find myself doing this, I look at the women I've dated over the years, and start cherry picking things I LOVED about them, and then in my mind I form this vision of the "perfect" woman.

It was a learning experience.

I dated a lot before my first and only relationship. It helped me know what I want and don’t want, though I still really didn’t know that much. Now in my relationship, I’m learning more about myself than I ever have.

I know my likes and dislikes. Also, you learn to be more flexible and not just have it your way.

It led to finding "the one."

It led me to my girlfriend now and as the cliché goes, it made me realize why it never worked out with anyone else.

It shed light on what works.

Experienced lots of different things, learned what I liked, got me over the need to sleep around.

Everyone has their own journey to settling down (or not). For many of those who have played the field a bit, the insight acquired along that journey led to a better relationship down the line. Whether it’s a matter of figuring out what you need from an SO in terms of physical intimacy, learning what your boundaries are, or sussing out how you function best in a relationship regarding communication, there’s much to be gained from dating around. Just remember: settling down doesn’t mean you're settling.