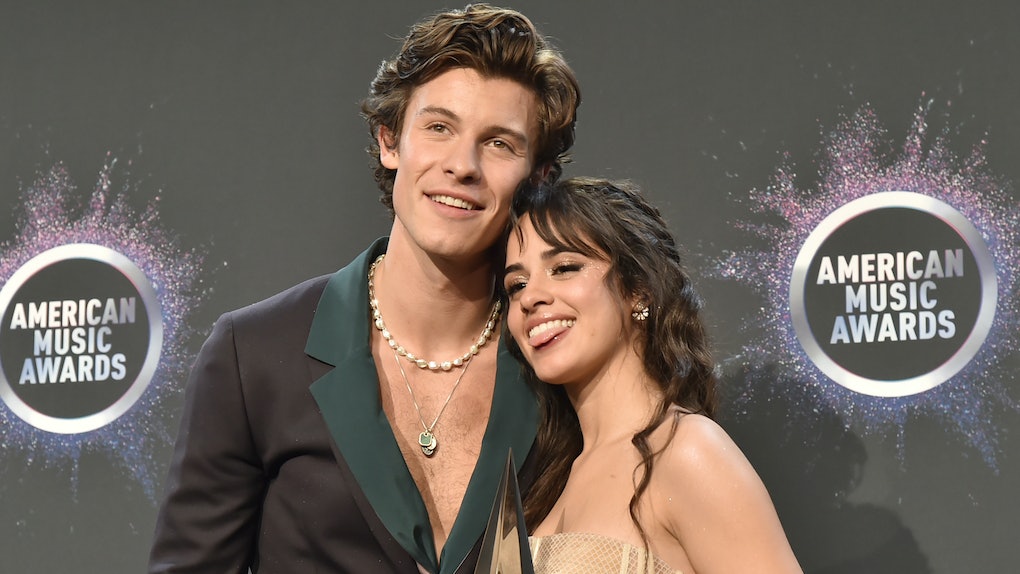 Grab a tissue box because Shawn Mendes’ quote about Camila Cabello inspiring all his songs is a guaranteed tear-jerker. He opened up about love and music in his new documentary, In Wonder, forthcoming on Netflix on Nov. 23. (The trailer is out now.) "A song comes on the radio or something and I'm like, 'Everything is about you,'" Mendes said, describing a conversation with Cabello. "They've always been about you.' She goes, 'what do you mean?' I'm like, 'they're all about you. Like, every song I ever wrote." I mean, have you ever heard anything so incredibly straight out of a romance novel?

This isn't the first time Mendes has opened up about the ways in which Cabello has inspired his music. In fact, learning to be vulnerable in his relationship inspired part of his new song Wonder. "I thought that I was a pretty open, emotional, guy until I started being in a relationship with someone that I really, truly love and, realizing that, 'Oh no, I really have this big ego, and I don't want to show her that I'm hurting and I don't want to show her that that offended me, and like I want to be the man, and I want to be strong in this relationship,'" he said during an Oct. 2 interview with Radio.com. "It actually was hurting our relationship." Cue: The line in his song that says, "I wonder when I cry into my hands / I’m conditioned to feel like less of a man.”

While she may have inspired legit every song he's ever written, it sounds like Cabello had an especially large role in the creation of Mendes' latest album. “She really was a champion for this album and I remember back when I first started a lot of the concepts and they felt a little bit intimidating," he shared during an Oct. 4 interview with SiriusXM’s The Morning Mash Up. "She was like, ‘Go, keep going, keep going.’ And she would do this thing like once a month, ‘Hey, just a reminder, this concept you’re on is incredible. It’s going to make people feel something really special. Don’t stop. Don’t stop. Don’t stop.’"

Luckily, it seems as though Cabello is just as smitten with her boo as he seems to be with her. When Wonder was first released, she celebrated by posting a clip of Mendes playing the piano to Instagram alongside this gushy caption:

the world could use some magic, beauty, and Wonder always, but especially right now. @shawnmendes what a gorgeous gift to the world. He’s crafted this album with every last bit of his soul, his spirit, and his essence with the purest of intentions. My love, I’m so proud of the person you are and I’m so excited for people to see and hear your heart. ❤️