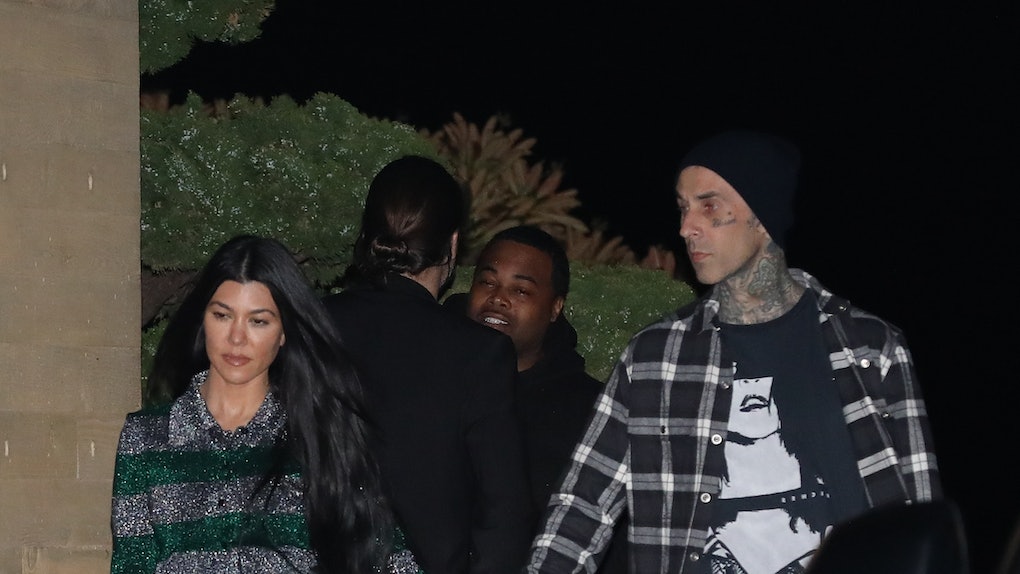 Looks like Olivia Rodrigo isn't the only one experiencing déjà vu with an ex. Shanna Moakler's reported reaction to Travis Barker's PDA with new girlfriend Kourtney Kardashian is sour for that exact reason. "Shanna's moved on from Travis, but it's been hurtful that everything he's doing for Kourtney he did before for her, like the plane flying overhead, the flowers. It's all exactly the same," a source close to Moakler reportedly told People on April 21.

Barker went all out for Kardashian's 42nd birthday on April 18, 2021. In addition to getting her the most elaborate flower arrangement I've ever seen, he took her to Laguna Beach and surprised her with an airplane banner that flew across the beach reading, "Happy Birthday Kourtney." And then there was his Instagram post, which famously featured a super NSFW video of Kardashian seductively sucking his thumb. The caption was appropriately subtle:

I F*CKING LOVE YOU! 🖤YOU’RE A BLESSING TO THIS WORLD HAPPY BIRTHDAY

The source reportedly noted to People that Moakler and Barker, who were married from 2004 to 2008, "are cordial with each other and remain friendly."

"Again she's moved on from Travis and has her own boyfriend and life, but this is just hurtful to her," the source reportedly said of Moakler, who's now dating Matthew Rondeau.

Kardashian and her kids have been pretty publicly logging in hang time with Barker and the kids he shares with Moakler. In early April, the two families hit the slopes together during a trip to Deer Valley, Utah. While on the trip, Barker's daughter Alabama posted a sweet video of their two families bonding as they partook in the "Pass the Phone" challenge on TikTok together:

During a March appearance on The Drew Barrymore Show, Barker explained he prefers dating someone who's a mother over someone who hasn't yet had children. "I've done both up until now," he told Barrymore. "I dated girls who didn't have kids and I find it hard because they would have trouble understanding like, 'Why don't you want to go to dinner every night with me?' or 'Why don't you want to see me every night?' And now I'm spending time with a woman who's a great mom, who's a great friend and you don't have to worry about any of those things. It just comes natural, it's like a maturity thing."

Well, I'm hoping things continue to go well for Barker and Kardashian. And! I hope maybe Moakler starts to feel less weird about everything as the honeymoon phase simmers down.