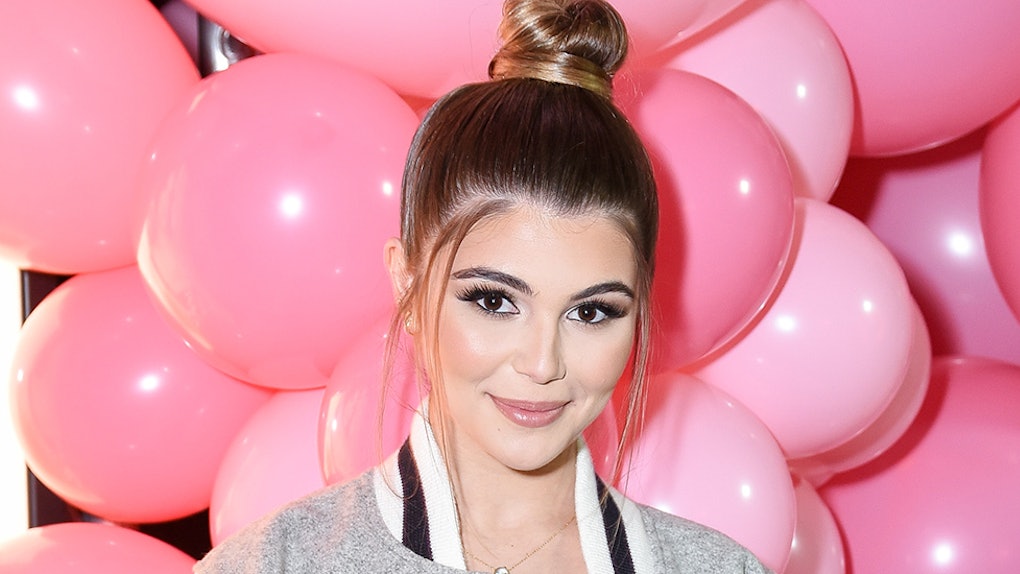 While my newsfeed is typically clogged with only beauty-related news, the typically steady stream of new product drops and swatches has been interrupted this week by reports of a college admission scandal no one saw coming. Major money-making CEOs and Hollywood celebs have been charged for allegedly bribing and lying their way into securing spots at top schools across the country for their children, and the repercussions are rolling in, starting with Sephora ending their partnership with Lori Loughlin's daughter, Olivia Jade, following the news of the scandal.

When details of the alleged cheating scandal broke earlier this week, it seemed no one could talk about anything else, and pretty much everyone held strong opinions. According to reports, certain students at top schools like Yale, Stanford, UCLA, Georgetown, and the University of Southern California (USC) had apparently only secured their places as a result of their parents' bribery. Familiar celebrities named in the reports, like Felicity Huffman and Lori Loughlin, immediately caught the public's eye and many wondered how individuals like Loughlin's daughter, YouTuber and influencer Olivia Jade, would be affected.

Jade, whose full name is Olivia Jade Giannulli, was a freshman at USC at the time news of the scandal broke:

19-year-old Olivia Jade really blossomed as a social media influencer over the past year or two, uploading vlogs to an audience of 1.9 million YouTube followers and maintaining an Instagram following of 1.4 million. Over the past few months, she's been vocal about what it's like to balance life as a student and an influencer, from documenting her dorm room move-in and daily life on campus to showing what a typical week in her life looks like as a student versus working on social media.

Just three months ago, Jade released a video announcing her collaboration with Sephora Collection, entitled, "OLIVIA JADE X SEPHORA COLLECTION (holy sh*t)." Prior to releasing the collection, Jade had attended various events with the brand, along with organizing various sponsored videos and posts.

Her love for the brand seemed genuine, and she always appeared excited to be working with them:

That said, following the news of the scandal, Sephora has decided to cut all ties with Jade:

"After careful review of recent developments, we have made the decision to end the Sephora Collection partnership with Olivia Jade, effective immediately," reads Sephora's official statement to Elite Daily. Additionally, a search for the collab on Sephora's website yields no sign of the collection. Yikes. USC has announced it plans to conduct a "case-by-case review of current students and graduates that may be connected to the scheme," per BuzzFeed News.

Based on her online persona, it seems Jade may have prioritized her influencer duties more heavily than her role as a student. “I don’t know how much of school I’m gonna attend,” Jade said in a video uploaded to her channel in August 2018. “But I’m gonna go in and talk to my deans and everyone, and hope that I can try and balance it all. But I do want the experience of like game days, partying… I don’t really care about school, as you guys all know.”

On the other hand, her feelings about makeup and Sephora Collection were far more passionate.

"I'm literally getting emotional, I'm so excited," Jade began the video announcing her collaboration, going on to reference her uncontrollable crying and shaking. Neither Jade, nor her sister, nor their parents have said a word following the news of the scandal, but it'll be curious to see how it affects her influencer status, in addition to her slot at USC.

More like this
These Stick-On Face Jewels, Gems, & Nail Art Are Coming For Your Selfies
By Margaret Blatz
The 2021 Met Gala Hosts Are Some Of Your Favorite Young Artists
By Theresa Massony
Kim Kardashian With Blonde Hair & Bleached Eyebrows Is A Total Surprise
By Margaret Blatz
Stay up to date