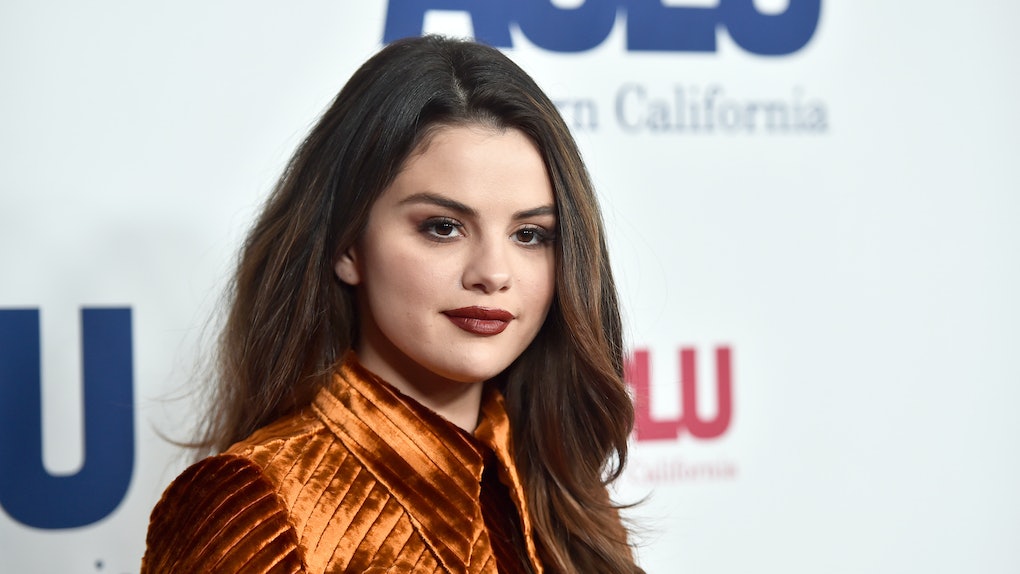 Selena Gomez threw a bone to the wolves on Nov. 16 when she left a sweet comment on Bella Hadid's Instagram post. Shortly after she sent the message, the pic was deleted by the model with no explanation. While some fans think it was taken down because Hadid didn't like Gomez commenting on the post, others are speculating she just didn't like the drama going on in the comments section as a result of Gomez's comment. Whatever the case, Selena Gomez's reaction to Bella Hadid deleting an Instagram she complimented is downright sad.

"Stunning," the former Wizards of Waverly Place star commented underneath a photo from Hadid's Dior campaign. A Gomez fan account shared a screenshot of the comment before the photo was deleted.

"She's all about supporting women," the caption on the screenshot read. "You all just can't take it nicely. Btw Ms. Hadid deleted the post."

Cue Gomez's sad response. "That sucks," the "Lose You to Love Me" singer wrote.

Fans of Gomez and Hadid have taken sides and shared their opinions in the comments section of the fan account's screenshot.

One Gomez fan wrote: "Bella doesn't want to be friendly with Selena. Periodt."

A third level-headed commenter presented the possibility that there is no drama at all. "Why are we assuming Bella deleted the picture due to Selena's comment? Is there a reason? I'm pretty sure Selena is just saying 'that sucks' that she deleted the photo period," the commenter wrote. "I don't think any of these acts are related at all unless someone heard something I didn't. Because she could have just deleted the comment and if she was that upset over Selena commenting she would have blocked her from doing so in the future as well. This whole thing seems like a reach."

Gomez's comment came just two weeks after she re-followed Hadid on Instagram. The two famously unfollowed each other in 2017 after Gomez started dating Hadid's ex, The Weeknd, in January 2017, just a few months after his first split from Hadid. Gomez and The Weeknd broke up in October 2017, after which Hadid and the "Starboy" singer gave their relationship another shot, but ultimately broke up again in August 2019.

Gomez and Hadid's history of dating the same guy has certainly caused beef in their respective fandoms. However, it's important to remember that how their fans feel is not a reflection of how the stars feel about each other in reality. Chances are, there's nothing to see here.