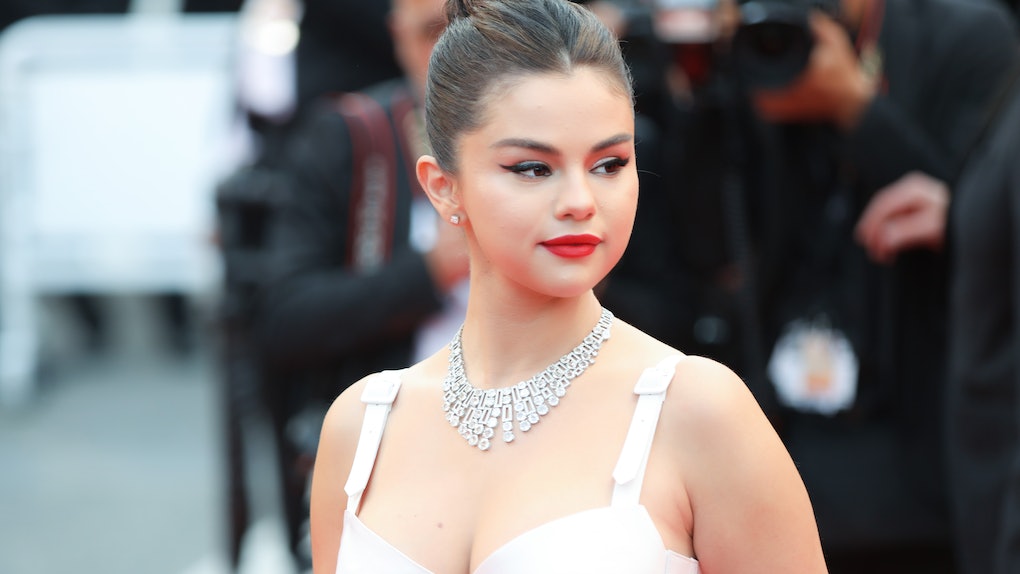 Have you ever had a bad breakup? Well, then I have a feeling you're about to majorly relate to what Selena Gomez said about her exes during a Sept. 6 appearance on NikkieTutorials' YouTube channel while promoting her new cosmetics line, Rare Beauty. "Every one of my exes thinks I'm crazy, so I don't care," Gomez remarked after explaining how she has no problem putting her exes, who include Justin Bieber and The Weeknd, on blast.

While Gomez and Nikkie mostly kept the conversation to makeup as they tested out Rare Beauty's products, the singer cracked jokes about her love life and her makeup artist, Hung Vanngo. "He'll be doing my makeup for my wedding...which is never gonna happen," she joked.

She added that although she often talks about dating, she's not actually interested in love these days. "It's hard in quarantine... This is also not an invitation," she continued. "It's just funny because I release things that say I want a boyfriend and stuff... I didn't really mean it though. Guys are a lot of work."

This isn't the first time Gomez has opened up about enjoying single life. "I’ve been super, super single for two years," Gomez shared during an appearance on The Zach Sang Show on Oct. 25, 2019. “I’ve been having way too much fun being on my own. It sucked for the first year, I was like, ‘I just want to cuddle. I just want to watch something and be adored.’ But now it feels good, it feels awesome."

Although she's currently enjoying the single life, Gomez knows what she's looking for in her next relationship. "I think it starts with just being very transparent," she explained. "I don't have room to kind of buffer things that I need or that I want and I think girls can sometimes be scared of that because what we're viewed as — crazy or needy or overthinking things and dramatic — and I understand sometimes, but I love being a girl and I love having the emotions I have and falling super deep and then being passionate. It's just about containing it. It's just channeling it in the right areas."

I love this energy and hope more people follow her lead!