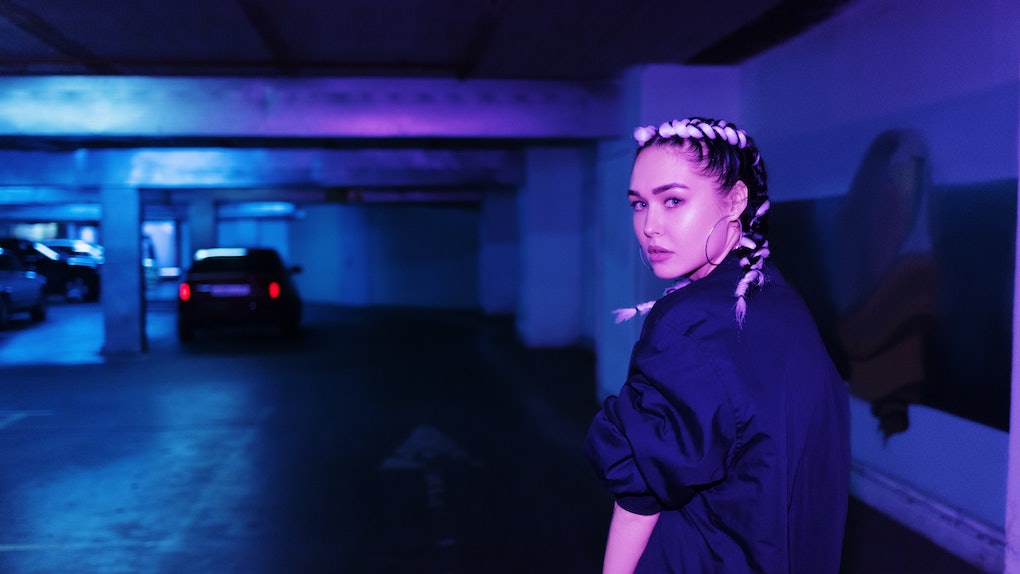 Scorpio Season 2019 Is About Dissolving Structures Stifling Your Power

Scorpio season makes everyone feel some type of way. Whether you're going through a transformation of sorts, or you simply cannot control the effects of a smoldering attraction, chances are the season of the scorpion will be one of for the books. Scorpio season 2019 will affect everyone individually, but there's no escaping the intense rebirth stemming from this astrological season of mystery. Although, with Scorpio's planetary ruler, Pluto, getting down to business in serious Capricorn — alongside Saturn and the South Node — there will be underlying themes of power and restructure.

This stellium of malefic planets hovering over Capricorn — a symbol of structure, foundations, and hierarchy — is in the process of dissolving previously set structures and traditions that no longer serve you. It's always important to consider a zodiac sign's planetary ruler, along with the aspects it's making. In this case, Pluto is in the midst of destroying patriarchal foundations existing within your spiritual DNA, while Saturn rebuilds something from scratch. Sounds over the top, but this will see fruition during the Saturn-Pluto-Jupiter in Capricorn conjunction in January 2020.

Scorpio season is never anything short of cathartic, so it's not like this is breaking news. However, I will say, there's something about Scorpio season 2019 that doesn't feel like most years. Again, with Saturn-Pluto-South Node in Capricorn, there's a sense of urgency to set the necessary boundaries, both personally and professionally. The new moon in Scorpio on Oct. 27 will directly oppose rebellious Uranus, which means this lunation could bring shocking revelations to the surface, along with some unexpected opportunities.

However, an incredibly powerful square between Mars and Pluto — both of Scorpio's planetary rulers — will challenge you to take action, despite how intimidating or life-changing. Following your intuition should always be a priority, but this Capricorn stellium (Saturn, Pluto, and the South Node) can also be ruthlessly pragmatic. The heavenly bodies are the true guardians of the galaxy, so just because you think you're in full control of your destiny, doesn't mean you actually are.

The good news is, both Saturn and Pluto have your best interest at heart, while the South Node helps you rid yourself of the ancestral karma and unconscious wounds you go to war with every single day. Trust me, once this polarizing season is over — not to mention the highly anticipated Saturn-Pluto-Jupiter conjunction taking place in January — you'll be as liberated as ever.

Mercury the messenger will station retrograde on the morning of Halloween, and aside from bringing a number of revealing truths to light, this transit will be deeply intimate. Remember, the truth will always set you free, but that doesn't mean it's going to be easy. Again, this is what Scorpio season is all about: death, spiritual renewal, sex, and transformation.

A full moon will adorn the night sky in the sensual sign of Taurus on Nov. 12. This lunation will shed light on your core values, and it will also illuminate your path, blessing you with a lovely gift from the heavens. A gorgeous trine between Mars in justice-seeking Libra and lucky Jupiter in worldly Sagittarius during the full moon can come with a number of opportunities and spiritual breakthroughs. What's fair is fair, right?

This lunation will also form a harmonious sextile to dreamy Neptune, which will serve as a reminder to have faith no matter what you do or where you go.