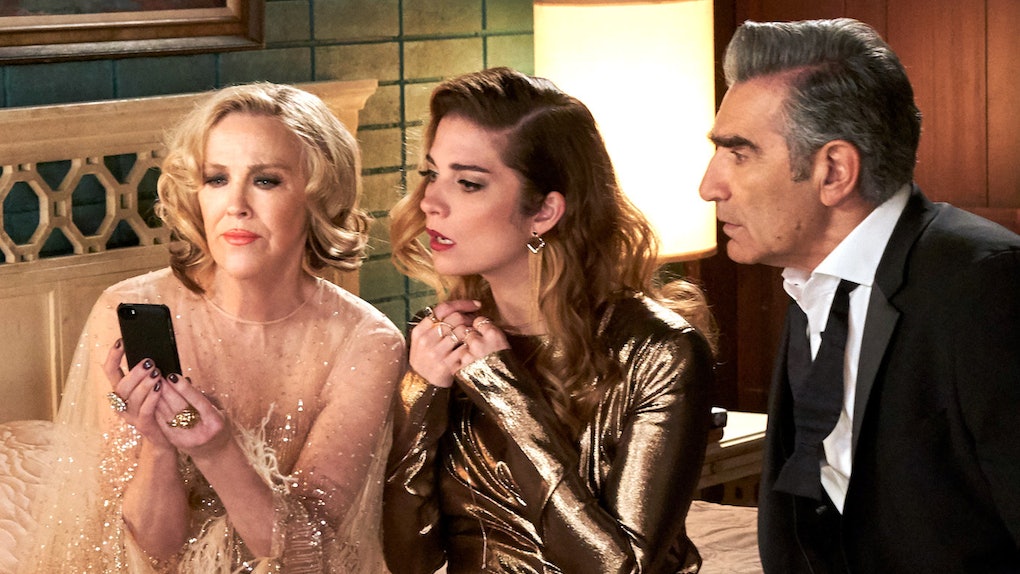 'Schitt's Creek's 2020 Emmys Nominations Broke A Record For The Awards

After six seasons of heartfelt highs and hilarious lows, the Rose family's riches-to-rags story came to an emotional end in 2020... and it looks like Schitt's Creek may take home an Emmy (or several) as a fitting parting gift. The Canadian sitcom didn't receive any recognition from the Emmys until2019, when its fifth season was up for four awards, but its 2020 nominations nearly quadruple that number. In fact, the show got so much love this year, Schitt's Creek's 2020 Emmys nominations broke a record for the award show.

Schitt's Creek fans had so much to celebrate when the 2020 Emmy Awards nominations were announced on Tuesday, July 28, because the beloved series got a whopping 15 nominations for its sixth and final season. The impressive number of nods was something of a surprise, considering the CBC series had only just earned its first four nominations from the Emmys in 2019 — and lost all of its categories. The show's chances are so much better in 2020, and it's looking very likely Schitt's Creek will have an Emmy to its name at long last.

The show's final season finished airing in April on CBC and internationally on Pop TV, and it will become available to stream on Netflix this October. The 72nd Annual Emmy Awards will air on Sunday, Sept. 20, 2020, on ABC at 8 p.m. ET.