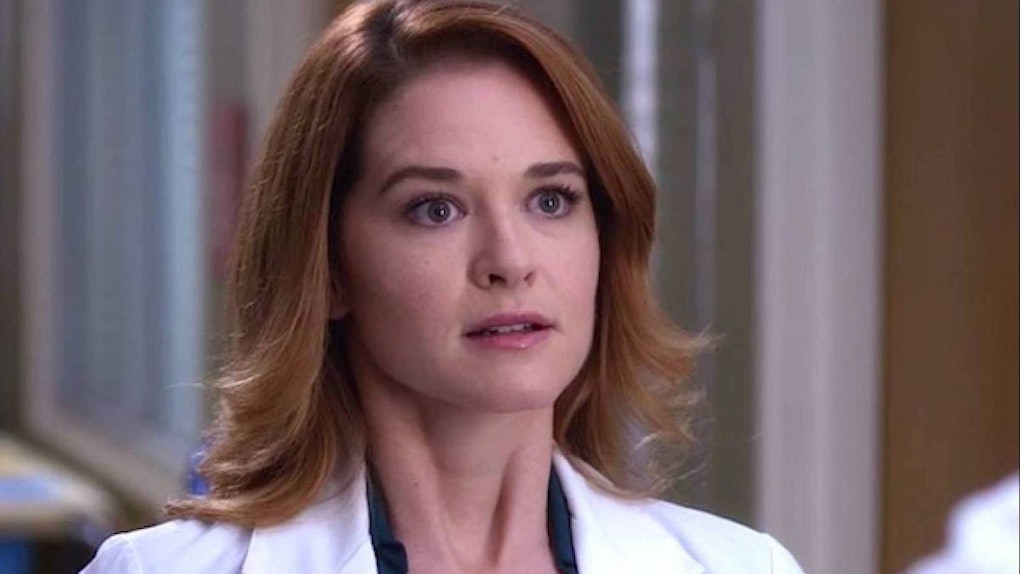 There’s another fan-favorite Grey’s Anatomy character returning to Grey Sloan this season. Although Season 17 has been a heavy watch due to taking on coronavirus in its stories, there are plenty of things to celebrate, including some familiar faces. Following returning characters like Patrick Dempsey's Dr. McDreamy, fans are about to get Sarah Drew’s Grey’s Anatomy Season 17 return as April Kepner, and it might tie up those loose ends for her storyline.

On Friday, March 12, Deadline confirmed that Drew is reprising her role as Dr. Kepner in a future episode of Season 17. Drew appeared as Kepner, an attending trauma surgeon, for nine seasons on Grey’s. In case you need a refresher, Kepner is the ex of Dr. Jackson Avery (played by Jesse Williams) and shares a daughter, Harriet, with him. The last time viewers saw Kepner was at the end of Season 14 in 2018, and her big exit left fans wanting more. Kepner's final appearance saw her marrying Matthew Taylor (Justin Bruening) instead of reconciling her relationship with Avery — a major bummer for some fans.

Fans who wanted a Japril reunion were left disappointed, especially when it came to Kelly McCreary's character, Dr. Maggie Pierce, who began dating Avery. Since reconciliation is way more difficult when there's another woman involved, fans were definitely upset about the situation.

It’s unclear what the storyline will be for Kepner’s return, but fans can only hope it will bring the ~closure~ that they didn’t get when Drew left the show.

Drew tweeted the news on Friday, March 12 with some smiley face and heart emojis:

Grey's Anatomy's official Twitter account also tweeted about the news, writing, "Excited to have @sarahdrew back on set!"

Since leaving Grey's Anatomy, Drew has been on Freeform’s Cruel Summer and starred in Sony’s Mom’s Night Out.

Drew may not be the only one returning to Grey Sloan this season. Grey’s Anatomy showrunner Krista Vernoff also teased there could be more characters coming back in a March 11 interview with Deadline. "I would say, chances are good you’ll see other people on the beach," she said.

Since it isn't clear which episode of Season 17 Drew will appear on, you'll need to stay tuned to spot her. You should also keep an eye out for any other past characters because you never know who may come back on the show.

More like this
The 'Glee' Cast's Tribute To Naya Rivera At The 2021 GLAAD Media Awards Was So Moving
By Abby Monteil
Miley Cyrus' Photos Of Her 'Hannah Montana' 15th Anniversary Party Are Instantly Iconic
By Abby Monteil
The 'Grey's Anatomy' Season 17, Episode 11 Promo Clip Holds Huge Meredith News
By Brandy Robidoux
Stay up to date