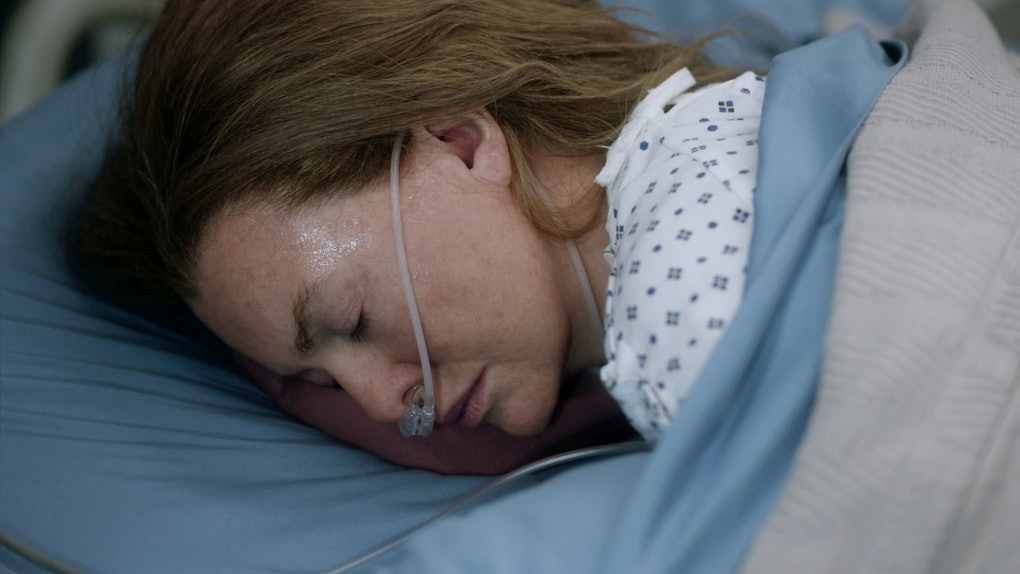 Dark clouds lie ahead on Grey's Anatomy. It's not just that Meredith's (Ellen Pompeo) life is still on the line as she battles a serious case of the coronavirus. It's also that the show itself hangs in the balance, as contract negotiations remain ongoing for future seasons. As things stand now, Grey's Anatomy Season 17 could be the series finale, showrunner Krista Vernoff said.

Grey's Anatomy's historic run in primetime is a story worthy of its own drama series. Introduced as a mid-season newcomer in 2005, Grey's wasn't expected to run more than a couple of years, let alone become the foundational series upon which ABC would go on to base its Thursday nights for nearly two decades. But ever since it broke the record held by E.R.'s 15-season run, the question has started to nag at everyone: How much longer can it keep going?

From Season 17's opening twist of Meredith's collapse and hospitalization, it's seemed likely this could be the end of the line. According to Deadline, negotiations for a new season are "coming down to the wire." Part of the issue is that both Vernoff and Pompeo's contracts run out at the end of this season, so it sounds like ABC is negotiating with them (separately) to extend things further.

Speaking to The Hollywood Reporter, Vernoff admitted that the uncertainty means the writers' room has prepared for two eventualities. "I'm planning a season and a finale that could function as either a season finale or a series finale," she said. "I'm planning for both contingencies, and it's hard, and it's not ideal. It's not where I wish we were."

Pompeo recently expressed concern about making sure the series finale is everything fans want. Speaking on CBS Sunday Morning in February, she said, "To end a show this iconic … how do we do it? … I wanna make sure we do it right."

Although no fan wants to see the show end, if Grey's Anatomy were to conclude with Season 17, it would not be the worst choice. Meredith's hospitalization and slipping in and out of comas has been a great storytelling device for bringing back old faces, including fan-favorite Patrick Dempsey, aka "McDreamy."

Audiences will be on the edge of their seats to see how Season 17 ends and if it brings Grey's Anatomy to a close as well. The series returns from winter break on Thursday, March 11, 2021, at 9:20 p.m. ET.