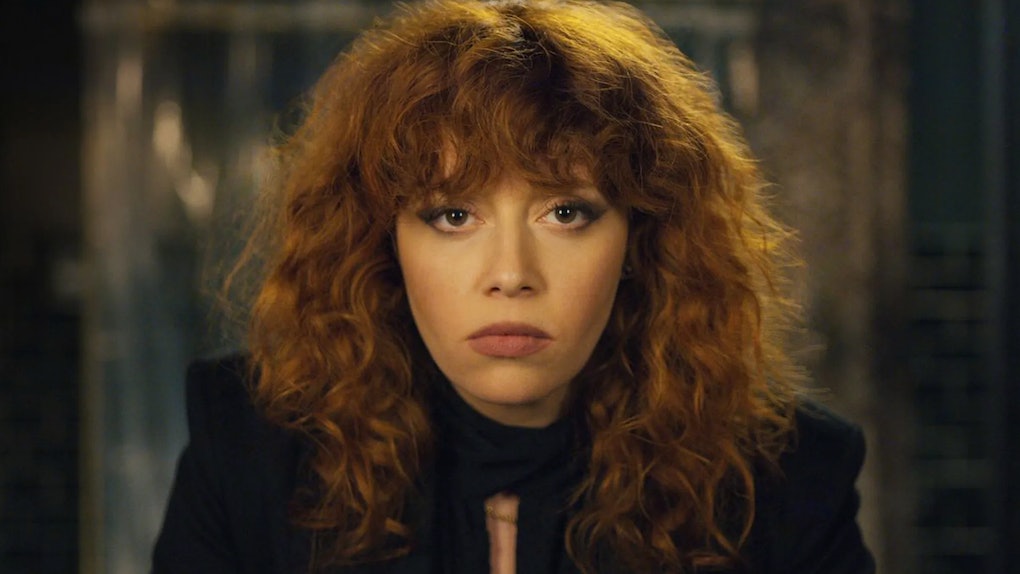 No, you're not in a time loop. Russian Doll, the dark Netflix comedy, is officially coming back. If you're looking for more thought-provoking laughs after the Season 1 cliffhanger finale, you're in luck. Here's what we know so far about Russian Doll Season 2, including cast, release date, trailer, and plot news:

When Russian Doll Season 1 premiered in February 2019, fans were instantly enamored by its twisted humor and new take on an old Groundhog Day theme. The eight-episode first season follows a coder named Nadia (Natasha Lyonne) who finds herself stuck in a time loop. She keeps mysteriously dying then waking up in the middle of her 36th birthday party to live the day all over again. The catch is, as she's working to figure out WTF is going on, she meets a man named Alan (Charlie Barnett) who is also stuck in the loop.

For the rest of the season, Nadia and Alan try to figure out why they're living and dying the same day together, and even though they never really get an answer, they do find peace. During the final episode, they both wake up in separate time loops where the other has never died. They take it upon themselves to ensure the "new" versions of the other stays alive and bond all over again in a new way. And even though the storyline wrapped up nicely, a Season 2 is officially in the works — and with a beloved star joining the cast.

Normally, a Season 2 of a series means some (if not all) of the original cast returns to set. But with Season 1 having such a clean ending, there's a chance a brand-new set of characters will take center stage. As of March 9, only one cast member has been named, and she's a true ~Hollywood star~. On March 9, Netflix announced Schitt's Creek actor Annie Murphy has been cast for Season 2. Whether that means it's her turn to be stuck in a time loop or something else, fans will have to wait and see. Regardless, she's sure to add an exciting new element to the story.

As of March 9, no release date has been announced for Russian Doll Season 2. TVLine reported production began in early March 2021, and considering filming for Season 1 started about a year prior to the Season 1 release, there's a possibility fans could expect a March 2022 Season 2 release. Naturally, filming schedules can change, so fingers crossed for a speedy production.

Russian Doll fans will probably have to wait a bit for a Season 2 trailer, because Netflix typically releases trailers closer to premiere dates. The Season 1 trailer came out just three weeks before the Season 1 premiere, which means you'll need to hang tight to see what's in store for Annie Murphy in Season 2.

While no specific plot details have been announced of March 2021, Lyonne (who stars in, wrote, and created the series alongside Amy Poehler and Leslye Headland) originally pitched the story with a three-season storyline, which means she must have a plan for it.

“I definitely have ideas ranging from the really kind of out-there anthology to staying on board with our friend Nadia,” The Orange is the New Black star told The Hollywood Reporter back in June 2019.

So, it's TBD whether Murphy becomes the new central character or she somehow gets entwined in the lives of Nadia and Alan. As more cast details and plot points are released, things should become more clear, but considering how far-out Season 1 was, expect the unexpected.