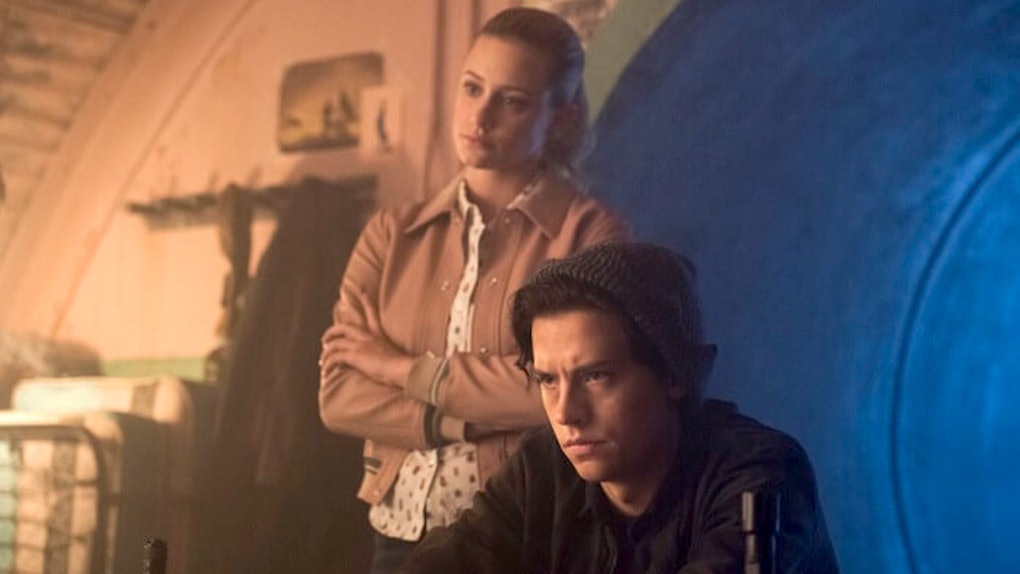 'Riverdale' Season 4 Is Officially Happening, So Break Out The Milkshakes

The teens in Riverdale are a truly resilient bunch. They have faced hooded serial killers, devious mob bosses, strange cults, and gargoyle monsters and always managed to survive, and it looks like their luck is going to continue into another deadly season. Riverdale Season 4 is officially happening after the CW renewed its hit soapy teen drama at the winter Television Critics Association press tour on Thursday.

The CW picked up a fourth season of Riverdale on Thursday, marking a notably earlier season pick-up than the show has gotten in seasons past. Riverdale was just one of the many shows that the CW announced renewals for at the TCA press tour — the network also picked up second seasons of its freshmen series Charmed and Legacies, new seasons for its universe of superhero shows Arrow, The Flash, Supergirl, Black Lightning, and DC's Legends of Tomorrow, and new seasons for Dynasty and Supernatural as well. The Supernatural renewal is particularly ground-breaking, as the paranormal series will be heading into Season 15, further cementing its status as the longest running scripted series in the CW and WB's history.

Riverdale is currently in the middle of airing its third season. The dark teen drama's showrunner Roberto Aguirre-Sacasa celebrated the Season 4 renewal with a post on Twitter, marveling at how the series blossomed from one concept image into a hit show.

Some Riverdale stars also took to social media to celebrate the news that Season 4 is definitely happening. Check out all the Season 4 celebration posts from the Riverdale cast below:

There are no specific details about Riverdale Season 4 yet, but if it mirrors the release schedule of previous seasons, then fans can probably expect the upcoming season to premiere in October of 2019. The new season will likely also consist of a sizable 22 episodes, similar to Season 2 and what it looks like Season 3 is leading up to as well.

Of course, before Season 4 gets here, there is still a whole second half of Season 3 for Riverdale fans to devour. The teen drama has several exciting episodes coming up over the course of the next few weeks. This coming Wednesday's new episode will be the highly anticipated "Bizarrodale" episode, which recasts the show's Core Four from the usual Archie, Betty, Jughead, and Veronica with side characters Kevin, Cheryl, Reggie, and Josie. Soon after that, the show will premiere its fiftieth episode, simply titled "Fifty," which promises to majorly shake things up. And the very next episode after that will be Season 3's big musical episode, which will see the Riverdale High students putting on a production of Heathers: The Musical.

It should come as no big surprise that the CW picked up another season of Riverdale. The dark teen soap has become such a hit that it has already given rise to two spinoffs: The Chilling Adventures of Sabrina, which has already been renewed through Season 4 as well on Netflix, and Katy Keene, a new musical series the CW just picked up last week.

More like this
When Will 'Riverdale' Season 5 Return In 2021? Its Mid-Season Break Is Long AF
By Rachel Varina
Why Isn't 'This Is Us' Airing On April 20, 2021? Season 5 Is On Another Break
By Ani Bundel
These Fake 'Riverdale' Brand Names Are Even Better Than The Real Thing
By Rachel Varina
Stay up to date