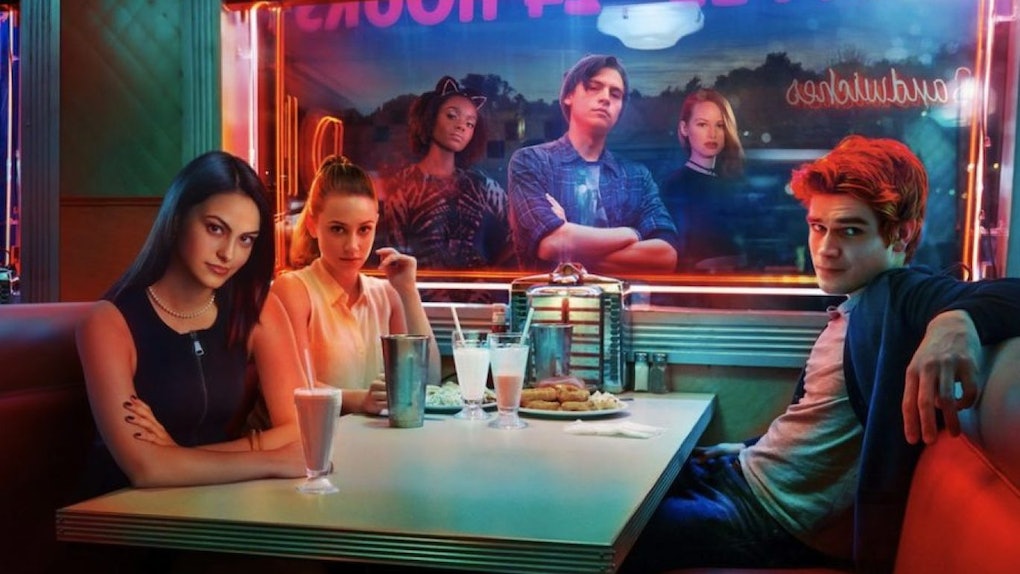 What Is 'Katy Keene'? A New 'Riverdale' Spinoff Series Is Coming To The CW

Riverdale continues to be one of the CW's more buzzworthy shows, even as the series settles into its third season. One reason the channel continues to be bullish on the show's prospects is the sheer wealth of material behind it, with nearly a century's worth of Archie comics and characters to pull from. The show has already spun off one hit series, Chilling Adventures of Sabrina. Now the CW is banking on a second spinoff series, but what is Katy Keene? She is the newest heroine the CW is basing an Archie-themed series around.

Outside of the love triangle of Archie, Betty, and Veronica, the two best-known characters from the world of Riverdale are Sabrina Spellman and Josie and the Pussycats, each of whom had their own shows back in the day. The CW aiming for a Sabrina spinoff first was a no-brainer decision, but the popularity and name recognition of the character also made the show a target for other producers which deeper pockets to swoop in.

So perhaps it's not surprising the CW's newest spinoff pilot is based on a slightly more obscure character.

Like many of those from the Archie universe, Katy Keene first rose to popularity in the comic book world in the post-World War II era. The character was a New York City fashionista, and was marketed to a female readership as "America's Queen of Pin-Ups and Fashions." Girls were encouraged to draw Katy in dream outfits and submit them, the best of which were then turned into paper dolls for fans to buy.

The character ran as the head of her own series throughout the 1950s, crossing over into Betty and Veronica Double Digest issues on and off until her series was finally canceled in the early 1960s. She's undergone a couple of revivals since, one in the 1980s, when fashionistas and supermodels made her character relevant again, and then again in the mid-aughts.

So how does Katy fit into the new darker concept of the Riverdale/Sabrina family of shows? According to the press release, this new series is planned to be more lighthearted than the previous offerings.

The CW has ordered a pilot for Katy Keene, a spinoff of the hit teen drama, TVLine has learned. Based on the Archie Comics character, Katy Keene is a musical dramedy that follows the titular fashionista and her friends to New York City, where they strive “to make it on Broadway, on the runway and in the recording studio,” per the network. Riverdale showrunner Roberto Aguirre-Sacasa will pen the pilot with fellow Riverdale writer Michael Grassi, and serve as an executive producer.

Most fans assume the show will be seeded in by introducing Katy as one of Veronica's friends from New York City.

Currently, the CW has only ordered the pilot, and not given the full series a greenlight. But unless something happens again, like Netflix coming in and grabbing the show for itself, chances are Katy Keene will be airing on the CW by 2020.