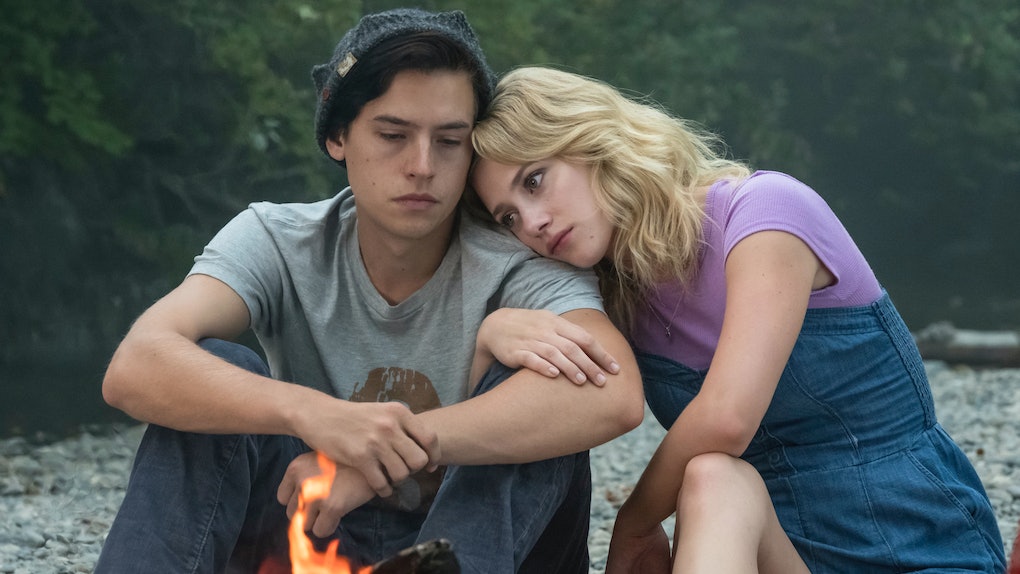 We are finally getting our answers to all the twisted mysteries of Riverdale Season 3, and it turns out the show was telling us its secrets all along if we just knew where to look. Last week's episode answered a lot of this season's big questions, including what was causing all the seizures that have been plaguing the town, but eagle-eyed fans may have already known what was behind the mysterious outbreak. Riverdale's Season 3 premiere foreshadowed the seizures reveal with a small detail that some fans may have missed.

Spoiler alert: This post contains details from Riverdale Season 3 Episode 11, "The Red Dahlia." The third season still has tons of mysteries left to boggle fans' minds, but the show's recent episodes have given us some much desired answers. First we found out that the Gargoyle King was really Tall Boy hired to do Hiram Lodge's dirty work all along, and then we learned that it was F.P. Jones who shot Hiram in the chest, working alongside Hiram's wife Hermione. The other major reveal in the new episode was that the recently deceased Claudius Blossom was the person behind all those seizures that have been happening around town. Penelope Blossom told Betty that the runoff from Claudius' Fizzle Rocks production ended up contaminating the town's water supply, which is what caused the seizures.

As fans on Reddit pointed out, this revelation called back to an auspicious sign that was featured in the Season 3 premiere. While Archie, Betty, Jughead, and Veronica were spending one last carefree day swimming in Sweetwater River before Archie's trial, the camera panned out to reveal a sign that read "Caution: No swimming after Labor Day."

At the time, fans were racking their brains to try to figure out how this clear warning could tie into the central mysteries of the new season, but now it has finally been cleared up. Someone with knowledge about Claudius' drug factory put the sign up to try to help people stay safe.

Of course, there are still a ton of questions about these Fizzle Rocks, Claudius' death, and the seizures that have yet to be cleared up. Primary among them is why only a handful of young women were afflicted with seizures if the entire town's water supply was infected. Betty, Ethel, Veronica, Josie, and the River Vixens were the only people we saw have seizures. Betty even asked Penelope why the seizures were only affecting young women, and Penelope had to admit she did not have an answer for that. It is also still unclear how Fizzle Rocks factor into playing Gryphons and Gargoyles, or what the exact circumstances around Claudius' death really were.

Thankfully, fans still have a whole second half of Season 3 to look forward to even more answers and twists. This week's new episode is the highly anticipated "Bizarrodale" episode, which shifts the focus to Kevin, Josie, Cheryl, and Reggie. And a few episodes later we will get Season 3's musical episode, which is set to songs from Heathers: The Musical. Riverdale airs Wednesday nights at 8 p.m. ET on the CW.