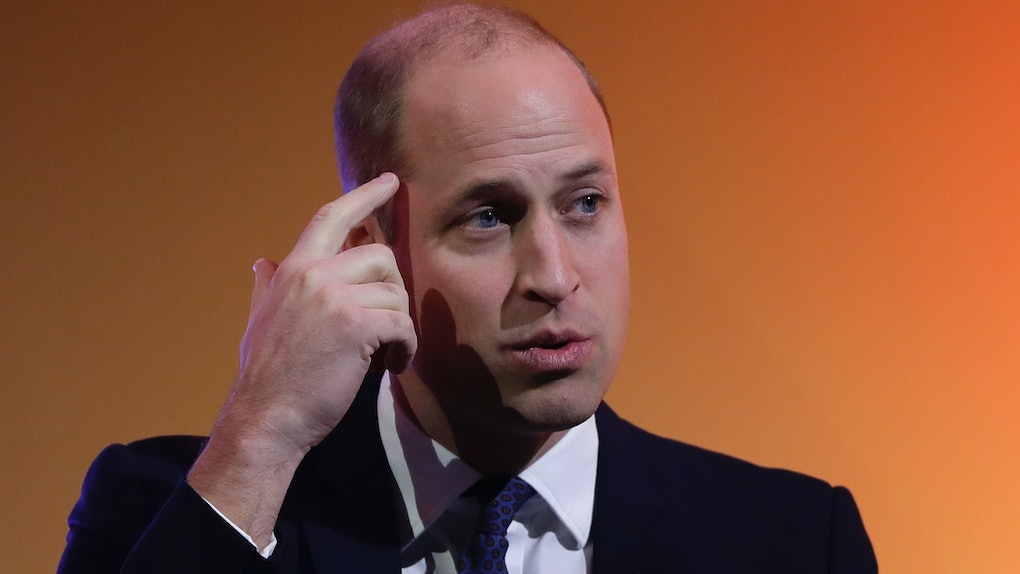 Prince William: famous royal and... advocate for mental health? While speaking on the subject in a new documentary, the Duke of Cambridge opened up about some of his personal battles following the death of his mother, and he wound up sharing a pretty important message. Prince William's comments about Princess Diana's death are all about the importance of talking about emotions and destigmatizing those conversations.

The comments came in a BBC TV documentary set to air on May 19. During the chat, he reflected on the death of his mother, Diana, Princess of Wales, who passed away in a car accident in 1997, when William was 15 years old and Prince Harry was just shy of turning 13. He shared that he felt a "pain like no other pain" after the tragedy. Unfortunately, he said, the expected reaction was to sport the "British stiff upper lip," forcing him to exert emotional restraint. But he says people should feel comfortable talking about mental health issues, per CNN. He said, in part:

Particularly in Britain as well, we are nervous about our emotions. We're a bit embarrassed at times. You know, the British 'stiff upper lip' thing -- that's great, and we need to have that occasionally, when times are really hard there has to be a moment for that. But otherwise, we've got to relax a little bit, and be able to talk about our emotions, because we're not robots.

He's got a good point there. Tough times may be hard to talk about, especially when you lose someone so close to you, but, as William indicated in his comments, it's still important to get those feelings out. Kudos to him for being so open and spreading such an important message.

Prince Harry also opened up about his mother's death in the documentary. During a roundtable discussion with William and his wife Kate Middleton, Harry said that he also became closed off, but added that his brother helped him get through it. He said, according to CNN:

I always thought to myself, 'What's the point of bringing up the past. What's the point of bringing up something that's only going to make you sad? It ain't gonna change it. It ain't gonna bring her back.' And when you start thinking like that, it can be really damaging. And [William] always said to me, you've gotta sit down and think about all those memories.

In the years since Princess Diana's death, the brothers have made various efforts to keep her memory alive. In November 2017, for example, Harry reportedly proposed to now-wife Meghan Markle with a ring made up of diamonds that once belonged to his mother. And while speaking at the Diana Award charity's inaugural Legacy Award ceremony in 2017, William paid homage to his mother's lifetime achievements, "from helping to shatter the stigma around AIDS, to fighting to ban landmines and supporting the homeless."

He continued, per Entertainment Tonight:

The truth is, though, that she was taken at only 36, just slightly older than I am today. And of course, we can never know what our mother would have gone on to do. But in one sense, Harry and I feel that our mother lives on in the countless acts of compassion and bravery that she inspires in others.

It may have been a hard road for William and Harry after their mother's death, but from the looks of how they've both grown and matured, I get the feeling that Princess Diana would've been so proud.