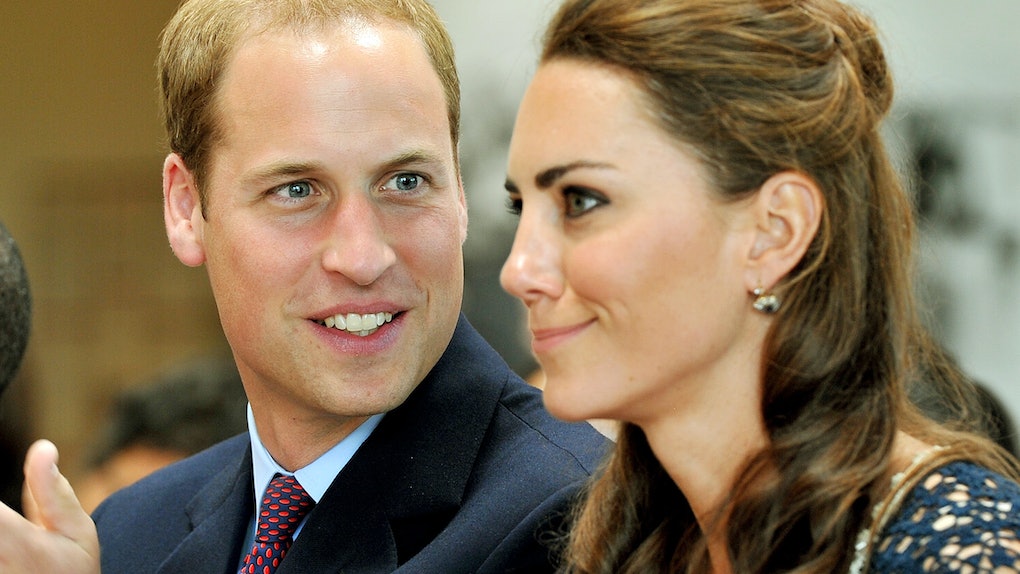 If you and your bae are going through a rough patch, don't worry! I come bearing good news. OK, well it's not necessarily good news. But it's, at the very least, a slight reassurance that you might be able to make it through this rough patch. You see, one of the most famous and happily married royal couples in the world had their fair share of trials and tribulations before making it to the altar. Most recently, it came out that Prince William canceled holiday plans with Kate Middleton back when they were dating in college.

Yep, that's right. According to a biography penned by Katie Nicholl, royal expert and frequent Vanity Fair contributor, the fiasco took place back in 2006 when William called Kate at the last minute to cancel his plans to visit her family for the holidays.

Nicholl explained that "at the last minute William had a change of heart and decided to stay with his own family instead." She continued to say that he broke the news to Kate during a late-night phone call on Boxing Day, which — for those of you non-Brits — is the day after Christmas.

Now, I don't know about you, but I hate people who bail. There is truly nothing more inexcusable in my book than making a plan with somebody you care about it and then deciding to cancel it at the last minute. So, if I was Kate, I would have been pissed to say the very least. More than that, I probably would have taken his bailing as a sign that he wasn't committed to the relationship or to me.

Apparently Kate was on the same page as me. While Nicholl reports that the conversation was "no big deal" to William, Kate took it as a "sign of something more sinister to come."

And she wasn't completely wrong. A few months after that terrible phone conversation allegedly took place, the two temporarily broke up in March 2007.

"We did split up for a bit," William said during their engagement interview. "But that was just, we were both very young, it was at university, we were both finding ourselves and such, and being different characters and such."

Middleton also chimed in to say that while she "wasn't very happy" about their breakup, it did make her a stronger person. What doesn't kill you makes you stronger, am I right?!

Luckily, the split didn't last too long. William and Kate were back together by June 2007 and the two famously tied the knot in a gorgeous royal ceremony on Apr. 29, 2011.

So, yes, they hit a bit of a rough patch. But they persevered! And now, considering the fact that the two have been happily married for over seven years now and share three beautiful children together, I think we can all agree they managed to get their happily ever after.

Obviously, every couple doesn't necessarily make it through their rough patch. And that's not a bad thing! Sometimes a relationship just runs its course. But, if you really feel like you and your partner are meant to be despite your current setbacks, take this as your glimmer of hope.