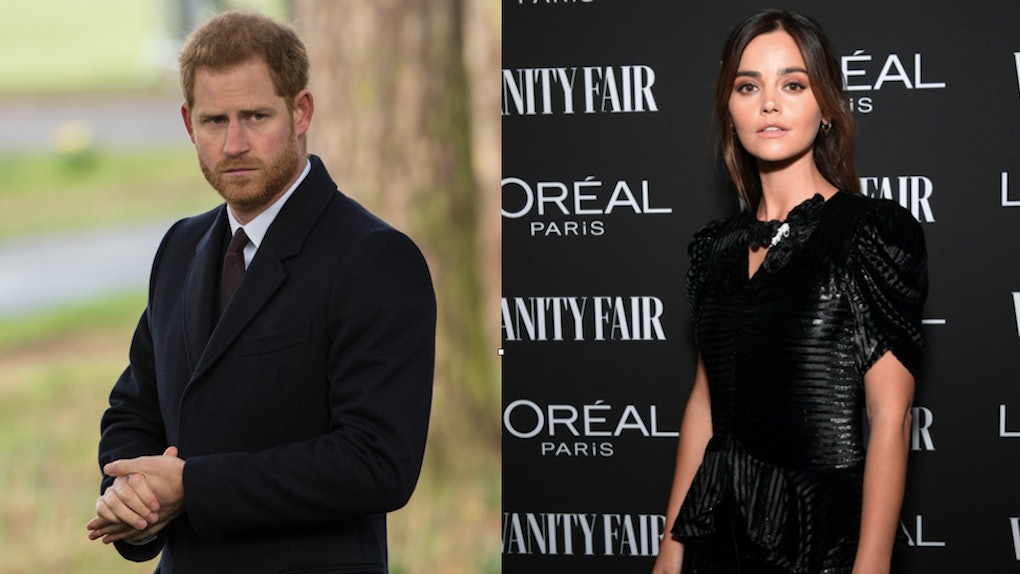 Prince Harry’s Reported Ex Jenna Coleman Did A Photoshoot At His Actual Palace, SOS, So Awk

Think of the most awkward run-in you could possibly have with an ex, especially if they have a new partner. Chances are the most uncomfortable situation you can imagine involves them and their new bae in some way. Well, that became a reality when Prince Harry's reported ex Jenna Coleman did a photoshoot at Kensington Palace. You know, the palace where he lives with his very pregnant wife, Meghan Markle.

It's no secret that Prince Harry dated several famous faces before he was set up on a blind date with Markle in 2016. Yet, he seems to be on pretty good terms with most of his exes, considering two of them (Cressida Bonas and Chelsy Davy) were at his Royal Wedding in 2018. However, there's one woman in Harry's past that he may not be on the best terms with: Coleman. Turns out, Coleman was reportedly more beyond his reach than actually in it. Elite Daily reached out to Kensington Palace and a representative for Coleman for confirmation on the rumored relationship. Kensington Palace declined to comment and Coleman's team did not respond.

According to a source who spoke to Vanity Fair, Harry was reportedly pursuing Coleman in 2015, but she chose a fellow actor, Tom Hughes, instead. "She had texts and date requests coming in from both of them. She ended up going for Tom over Harry," a friend of the actress reportedly explained to the magazine. "I guess she knew she had more in common with a fellow actor. Tom was really into Jenna, and they hit it off."

Coleman and Hughes now star alongside each other in Victoria, a British television show that follows a young Queen Victoria and Prince Albert. So, it makes total sense she'd be photographed at Kensington Palace for her Harper's Bazaar UK cover. But of course, seeing that Harry lives there, it was probably pretty nerve-wracking. Fortunately, since the palace is so large, chances are they didn't run into each other. It definitely would've been awkward if they did, considering the last time they were in the same place at the same time, there was reportedly some ignoring involved.

In October 2018, the Duke and Duchess of Sussex took a trip to Amsterdam for the grand opening of SoHo House, where they reportedly ran into Coleman and Hughes. "Harry had to walk straight past Jenna to get to his and Meghan’s table," an eye witness reportedly told Vanity Fair. "It was pretty awkward and some of the other guests were commenting on it. Jenna looked down while Harry looked straight ahead, while Meghan didn’t seem to notice. She sat through breakfast with a smile on her face, but Harry looked a bit uncomfortable. He’d been super friendly saying hi to everyone, but he didn’t even acknowledge Jenna." Ouch.

So, understandably, Harry's former romantic interest having a stunning photoshoot for her TV show, where she stars alongside the man she reportedly chose over Harry, spells awkward for everyone. Running into your ex in public is difficult enough as it is, imagine the possibility of seeing them in your backyard. Regardless, a relationship between Harry and Coleman not panning out was clearly for the best. Hello! There's a baby on the way, lest we forget that fabulous Royal Wedding!