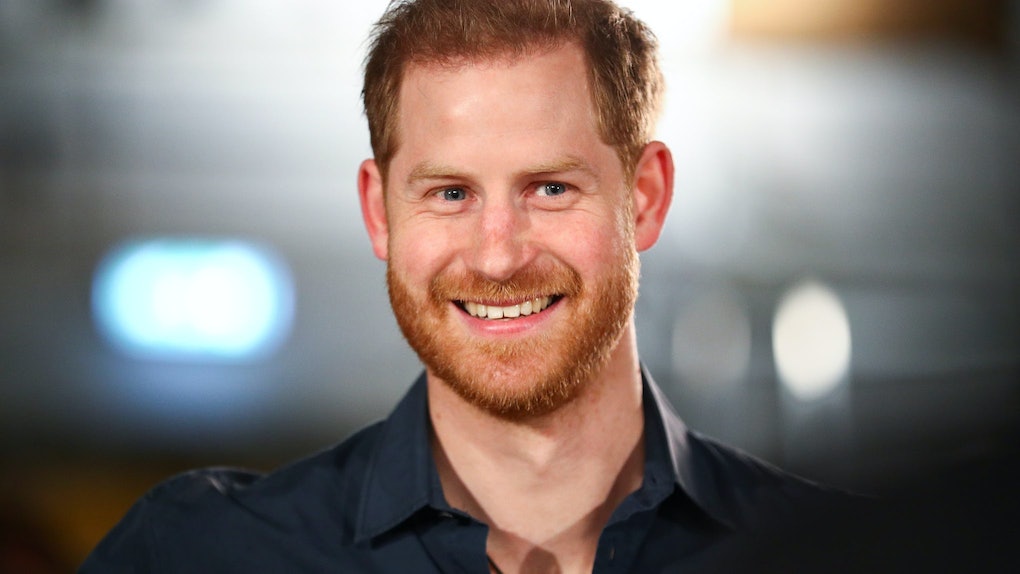 Since the moment The Crown premiered in 2016, fans have speculated about how the royal family must feel about it. The Netflix smash hit explores the ongoing reign of Queen Elizabeth II, often portraying the royal family in a less-than-perfect light while providing a fictionalized look into their lives. Now, following his departure from his royal duties, the Duke of Sussex is speaking out about the series. Prince Harry's quotes about The Crown in his interview with James Corden are honestly eye-opening.

When Harry appeared on The Late Late Show With James Corden on Feb. 25, he and Corden spent an afternoon together on a bus tour of iconic Los Angeles landmarks. When the late-night host asked Harry about his opinion of The Crown, he was candid: "They don't pretend to be news. It's fictional, but it's loosely based on truth. Of course it's not strictly accurate. It gives you a rough idea about what the lifestyle is, the pressures of putting duty and service above family and everything else, what can come from that."

Harry added he definitely prefers dramas like The Crown to the UK tabloids that have been an active presence for all his life. "I'm way more comfortable with The Crown than I am seeing the stories written about my family, my wife, or myself," he said. "That is obviously fiction, take it how you will. But [tabloid rumors are] reported on as fact because you are supposedly news. I have a real issue with that."

The Crown's creator, Peter Morgan, has said Harry and Meghan Markle's story won't be told in The Crown, but that didn't stop Corden from asking Harry who he thinks should play him on the show. It didn't take the prince long to come up with an answer: Billions star Damian Lewis. (For what it's worth, Corden suggested himself for the role of Prince William, which would be hilarious and also not be the first time fans would likely take issue with one of his roles.)

Corden also brought up another "royal" TV show during the interview when he tried to convince Harry to buy the house featured on The Fresh Prince of Bel-Air. After the two rapped the show's iconic theme song, the late-night host argued that it was the perfect place for the royal family members to relocate. Corden even called Meghan Markle on FaceTime to make his case. "You would be the Fresh Princess of Bel-Air," he told Markle, who laughed and said: "I think we've done enough moving."

But who knows? Maybe Harry and Meghan will put their own spin on The Fresh Prince of Bel-Air for real someday.