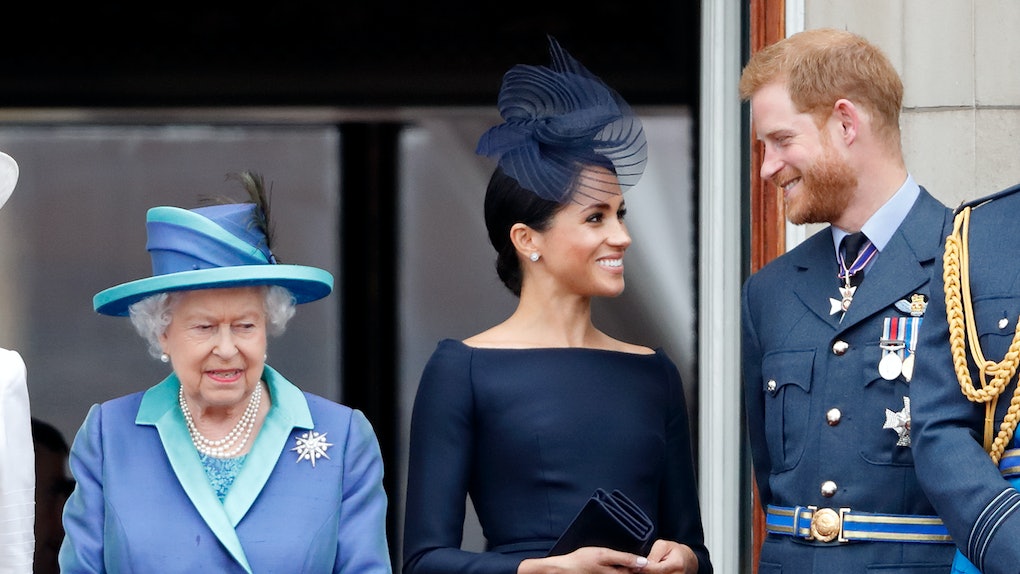 'The Crown' Says Meghan & Harry's Story Won't Be On The Show, Sorry Everyone

For those hoping that 2020 would be an uneventful year, the first week has been anything but. For one thing, let's talk about the British Royal Family soap opera. The latest twist has been the advent of "Megxit," as Duke and Duchess Meghan and Harry declared they were stepping back from royal duties. But for those who think this would make for a splendid season of television, there's bad news. Netflix's The Crown says Meghan & Harry's story won't be on the show.

It's become a running joke on Twitter ever since the bombshell of Harry's proposal to Meghan hit in December of 2017, a scant week or two before The Crown Season 2 arrived on Netflix. "The Crown Season 7 is going to be lit!" The now three-seasons-deep dramatization of the royal family under Elizabeth II, which will cover everything from Charles and Diana's wedding, divorce, and Princess Di's death would surely have a field day with this thoroughly modern monarchy. Harry asks to marry a Catholic divorcee, and, for the first time, the Palace gets it right and says fine, yes, do it. It's the final piece in an arc of growth, not in characters, but an entire institution.

But it turns out, that's not happening.

The Crown was planned as six seasons, beginning in 1947 with Elizabeth and Philip's marriage and ending around 2005 with Charles' wedding to Camilla. But it didn't take much to assume, come the 2020s and Season 6 will air, that the next decade of her majesty's reign would add on a Season 7, covering Will and Kate's marriage and Harry's relationship with Meghan.

But Morgan says he's not comfortable with that. Speaking to Entertainment Weekly, he said:

I know how my show is going to end — but that’s long before where we are now. I feel uncomfortable writing about events within a certain time period. I think there’s a certain amount of time within which, if you write about it, what you do instantly becomes journalistic. Because it’s too close to the moment. If you wait a certain amount of time, if you allow fifteen or twenty years, basically a generation, between you and [the events], then you can write about it somewhat freely as drama.

For Morgan, a story about Meghan and Harry would need a couple of decades.

An interesting take, for sure. But also a confirmation The Crown will end with Season 6.