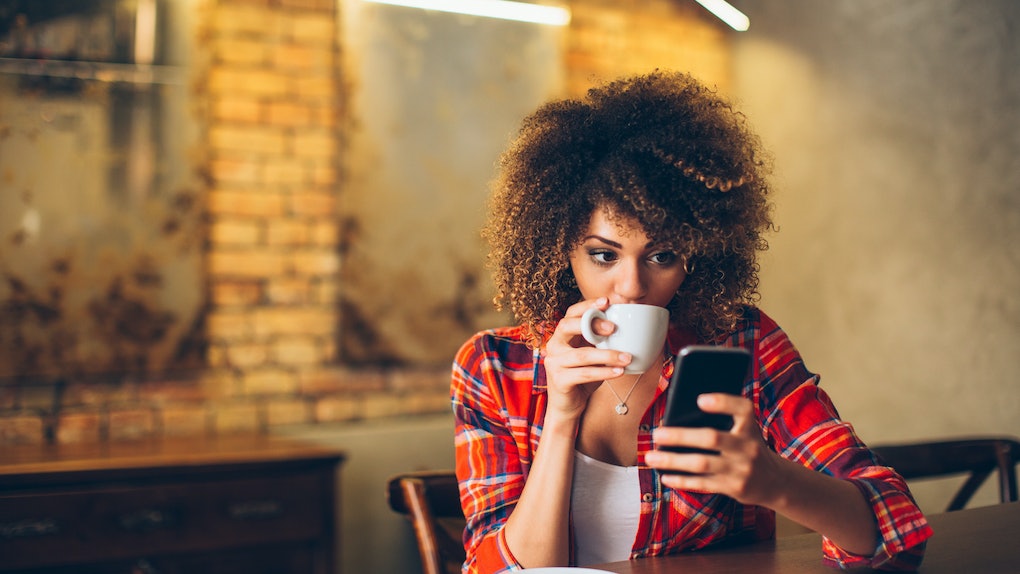 Oh no, it's happened again. You've arrived at your destination early, and now's the time to decide what to do with those extra minutes. You could stare at your phone for 15 minutes before your friends show up, check out the nearby coffee shop, or just walk around for a bit. Honestly, we're all so used to this situation as people who are always early. The thought of showing up late to something is the ultimate anxiety, and therefore, early is just how you roll.

You'd rather give yourself some time to relax and not rush yourself, and you live by the motto, "If you're early, you're on time. If you're on time, you're late." You properly account for traffic and getting ready, so you know exactly when to leave the apartment to arrive a little before you're supposed to be there. You've exhausted your eyes from rolling at the lame excuses from your friends who are always late, and now, it's just the norm.

Know that you are not alone in these struggles of being an early person, and we can all seriously relate to these 10 things. Hopefully, one day, everyone else will get the memo on when to arrive, but until then, please enjoy this list while you're probably waiting for a friend.

1. You Know How To Kill Time Like A Pro

Killing time should be something to put under the "special skills" section of your resume. You always have a book ready or a new game on your phone to play when you have those few extra minutes before your friends arrive. It's inevitable that you'll have to wait, so you are always prepared with fun things to do with it.

2. You're Always The One To Put Your Name Down At Brunch

When you're meeting your friends for brunch, you're always the first person to arrive. That means, you're the one to put your name down on the list. You're also the one who has to plead with the hostesses that your party is on their way, and to please seat you. (They are coming, I swear!) For once, you wish you could just stroll into brunch without a care in the world, and have a table waiting for you.

3. Even When You Try To Be Fashionably Late To A Party, You're Early

You are tired of being the first to arrive at every party you attend. The one time you try to arrive fashionably late, you're still the first person there. Why do people even set a start time if that's not actually the time it starts? We will never know.

4. When You're Running Late, It Feels Like The End Of The World

You're never late, but on the rare occasion that you are, it feels like the end of the world. You've never experienced so much anxiety in your entire life. You don't know how people can casually stroll in late all the time. It would be your absolute nightmare.

5. You've Heard Every Excuse In The Book As To Why Someone Is Late

You're honestly impressed with the amount of excuses your late friends have, but you've also heard them all. By now, you'd love a fresh new excuse you've never heard of, just for the story. Things like traffic, a dog, and work are all boring to you.

6. You Lie To Your Friends About What Time To Meet

You know that in order to sync up your schedules, you have to lie to your friends about when to arrive. They'll still be late, but at least they won't be as late. Someday, you'll find the solution so you all arrive at the same time.

7. You've Found Some Really Cool Spots While Waiting For Your Friends

When you have time to kill, you sometimes like to walk around and check out new stores and cafes. You've actually stumbled upon some really cool spots in your adventures that have led to some awesome purchases and tasty coffees you might never have found. These are the times you're grateful for the extra minutes to explore.

8. Getting Ready Together With Your Friends Is Not As Fun For You

In the movies and TV shows, you always admire when friends get ready to go out together. They play music and dance around. It looks really fun, but in reality, it's a complete nightmare for you. You're always the first one ready, and end up sitting around, waiting for everyone else to catch up. You feel like a nag when you're constantly reminding people what time you have to leave in order to get there on time. (No one wants to feel like a nag.)

9. The "How Far Away Are You?" Text Is Programmed In Your Phone

A common conversation with your friends is them telling you that they're running late, and you replying with, "How far away are you?" You also end up sending things like, "What's your ETA?" and "Let me know when you're here." Ugh, the struggles!

10. You've Perfected The Polite Smile To Your Late Friend, While Secretly Rolling Your Eyes

While waiting endlessly for your late friends to show up, you're filled with rage. When they finally show up, you politely smile like nothing is wrong, but we all know on the inside, you're just rolling your eyes again. But soon enough, you're just happy to be with your friends that all the frustration slowly fades away. As much as you are always early, they are always late, and that's just how it is.

More like this
TikTok's #NotTheMainCharacter Trend Shows The Supporting Role You Connect With Most
By Marisa Casciano
How You Love To Be Spoiled, According To Your Zodiac Sign
By Roya Backlund
Your Favorite Way To Escape From Reality, As Told By Your Moon Sign
By Roya Backlund
Stay up to date