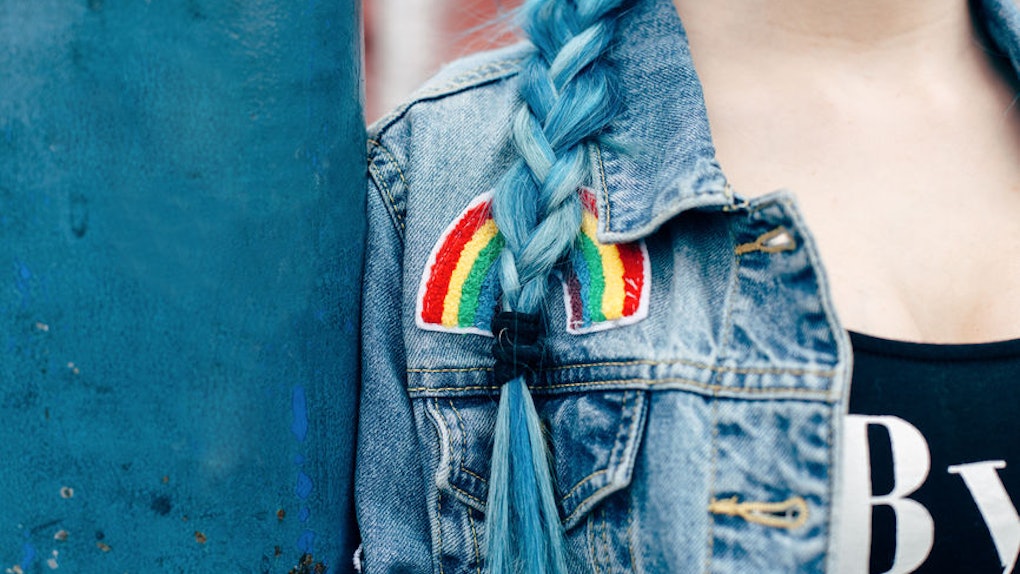 Coming Out Day (Oct. 11) is dedicated to acknowledging the LGBTQ experience — and reminding ourselves that coming out is one of the most powerful moves an individual in this community can make. It’s also about shedding light on the challenges that individuals within this community continue to face, and giving a platform to members’ voices. And one of the most concrete, effective ways that someone can make a difference on this day is by finding organizations to donate to support LGBTQ individuals.

LGBTQ individuals and allies alike may seek to use this national awareness day to take action. If you’re considering opening up your wallet in honor of this holiday, there are a number of nonprofits to consider giving to. From workforce rights to healthcare equality to military service inclusivity, these organizations are working on addressing a range of issues in order to improve the physical, emotional, legal, and financial well-being of the LGBTQ community.

This year, 2019, marks the 31st year that Coming Out Day has been observed in the United States. And what better way to celebrate that anniversary than to give to an organization that serves the LGBTQ community? Here are just a handful of these noble nonprofits you might consider donating to.

If you're passionate about building safe, inclusive college environments for LGBTQ people, then you may want to check out Campus Pride. The organization created the only tool of its kind to help colleges and universities to implement LGBTQ-inclusive policies, programs and practices, trains college staff in social justice and activism at its leadership academy, and hosts the only national LGBTQ college fair program in the country, among other honorable initiatives. Support their efforts to improve the lives of LGBTQ students by donating here.

LGBTQ young people are a whopping 120 percent more likely to experience homelessness than non-LGBTQ youth, according to a 2017 study from Chapin Hall at the University of Chicago. An estimated 40 percent of homeless youth are LGBTQ, according to the same study.

Since 2008, the True Colors Fund — of which Cyndi Lauper is a co-founder — has worked to resolve this issue. Through advocacy, youth collaboration, and training/education, the organization seeks to end homelessness of LGBTQ youth. The nonprofit works at the federal, state, and local levels to ensure that vital funding, policies, and protections are in place to meet homeless LGBTQ youth’s needs. You can help them continue this work by donating here.

The Family Equality Council’s mission is to advance equality for LGBTQ families and for those who wish to form them by driving policy change and social justice. “We envision a world in which every LGBTQ person has the right and the opportunity to form and sustain a loving family, regardless of sexual orientation, gender identity, race, religion, national origin, geography, socioeconomic status, disability, or the intersection of those characteristics,” the organization states.

The achieve this, the nonprofit supports and connects the three million parents who are LGBTQ in this country and their six million children, and any donation can help secure equality for those families. Contribute to the cause here.

As the largest national advocacy organization, the Human Rights Campaign (HRC) is geared toward achieving equality for LGBTQ individuals, and ensuring that they feel accepted at work, at home, and in their communities. The HRC has had a number of victories since its founding in 1980, and your donation could help the nonprofit to continue to make its vision of equality a reality by lobbying in Congress and educating the public on a wide array of topics affecting LGBTQ Americans, among other efforts. Donate here.

Ever wondered how you can help more LGBTQ individuals to share stories from their community? The Association of LGBTQ Journalists (NLGJA) is a network of media professionals that are working to provide ethical coverage for a marginalized community. The nonprofit works to not only educate newsroom decision-makers about amplifying and improving coverage of the LGBTQ community and the issues they face, but also to promote non-discrimination policies and equal benefits for journalists, and create educational opportunities for the next generation of LGBTQ media professionals.

You can donate here to the general fund for inclusive reporting, or to specific initiatives, such as the Student Programs Fund or Fair & Accurate Coverage Support Fund.

Parents, Family & Friends of Lesbians and Gays (PFLAG) is a national nonprofit that’s aimed at promoting the well-being of not only LGBTQ individuals but also their family and friends. The organization, which is the nation’s largest family and ally organization with 250,000 members and supporters in over 500 chapters, continually works to change and establish legislation and policies that support equality and put a stop to discrimination against the LGBTQ community.

Read more about the role that PFLAG has played in LGBTQ wins here, and then contribute to their cause here.

According to Athlete Ally, more than 80% of LGBTQ individuals have experienced or witnessed homophobia while playing a sport — which may help to explain why only 24% of LGBTQ youth currently play a sport, and LGBTQ athletes drop out of their respective sports at double the rate of their cisgender and heterosexual peers.

Athlete Ally seeks to put a stop to the oppression that excludes and isolates LGBTQ athletes by researching and changing sport policies, raising awareness around athlete activism, and educating athletic teams, coaches, and departments.

To support inclusivity in sports, you can make a one-time donation to Athlete Ally or commit to a monthly gift of $10 or more here.

If you’re passionate about LGBTQ equality in the workplace, this organization is working toward achieving just that. Out & Equal Workplace Advocates partners with Fortune 1000 companies and government agencies to provide leadership development, training, and professional networking opportunities that build and strengthen inclusive work environments. You can help advance equality in the workplace for the LGBTQ community by donating here.

These are just a few of the many nonprofits dedicated to improving the lives of LGBTQ individuals. In fact, the #GiveOUTDay donation website includes a database of hundreds of advocacy groups that are searchable by category. Now, it’s only a matter of finding a nonprofit that speaks to you — and with such a variety of causes to choose from, there are many ways to help LGBTQ individuals to feel more accepted and embraced in our society. Read their mission statements. Research what progress they’ve made for the LGBTQ community. Then rest assured that your money is going toward a worthy cause.

More like this
JoJo Siwa's Quote About Coming Out As Pansexual Is Full Of Joy
By Corinne Sullivan
Demi Lovato Revealed She’s Pansexual & Says She “Likes Anything, Really”
By Caroline Colvin
Travis Barker's Instagram About Sex With Kourtney Kardashian Will Make You Blush
By Candice Jalili
Stay up to date