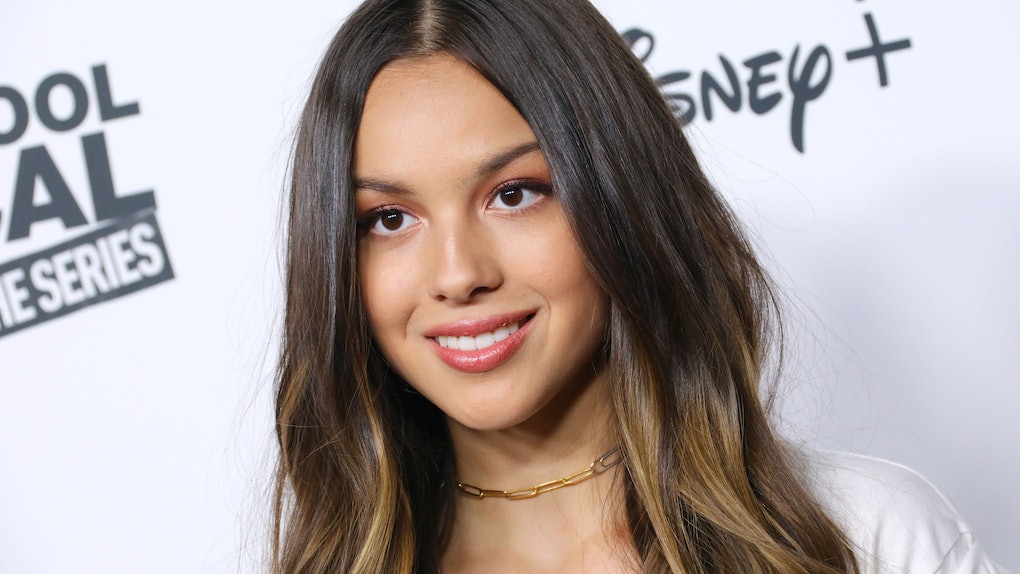 Thanks to her debut single, "Driver's License," fans are eager to learn more about the star of High School Musical: The Musical: The Series, and IMO, Olivia Rodrigo's zodiac sign reveals a lot. Rodrigo was born on Feb. 20, which makes her an emotional and empathetic Pisces. The fish of the zodiac are known for being gentle, romantic, and incredibly creative, and if you've listened to "Driver's License," then you know it delivers all the Pisces vibes. A relationship with a Pisces is rarely boring, so if Rodrigo is like most Pisceans, then her future co-pilots are in for a magical ride.

Those born between Feb. 19 and March 20 are known for being total mushes, but they can't help it — they simply see the world through rose-colored glasses. They tend to be incredibly in touch with the emotions of everyone around them, and everything they experience themselves is felt deeply. As Rodrigo told Euphoria magazine in December 2019, "I am a sucker for emotion, and I think that's why I love singing and acting so much. I think making people feel things is one of the greatest parts about the human experience." Major Pisces vibes right there.

Pisceans are like mind readers: They somehow always known what their partner is thinking and feeling, sometimes before their partner even realizes themselves. However, those born under this sign are shy, and it can be difficult for them to open up about their own feelings. "I think the hardest part [about singing and acting] for me is giving vulnerable performances, knowing it will be seen by other people," Rodrigo confessed during her interview with Euphoria. "The fact that people other than my friends and family are seeing my deeply personal song lyrics or watching me cry about something meaningful is a scary thought."

Because Pisceans take a while to open up, they don't tend to do casual relationships, whether it's with a friend or with a partner. These folks devote their whole hearts to the people they love, so they want to make sure they only devote their time to those who deserve it. "I think keeping your circle small is so important, and just talking to people who you really love and trust has so much value," Rodrigo explained to Glamour UK in May 2020. "...I've learned a whole lot about fostering deep, trusted relationships over having surface-level friendships, and I think that's so important."

They may be emotional, but Pisceans are usually unfailingly optimistic, which doesn't always work in the favor. This water sign likes to believe the best in everyone and every situation, and their idealistic view of the world may keep them from acknowledging harsh realities. There's likely a reason Rodrigo took part in Instagram's #KindComments project back in 2017: Like most Pisceans, she's here for good vibes only. Is that a bad thing? No, but it does mean Pisceans have a harder time dealing with breakups than just about anyone, mostly because they rarely see them coming.

It's still unclear whether Rodrigo had her rumored ex, Joshua Bassett, in mind when she penned "Driver's License," but it's clear to me that anyone who dates the Disney Channel darling will find themselves with an endlessly caring and compassionate partner.