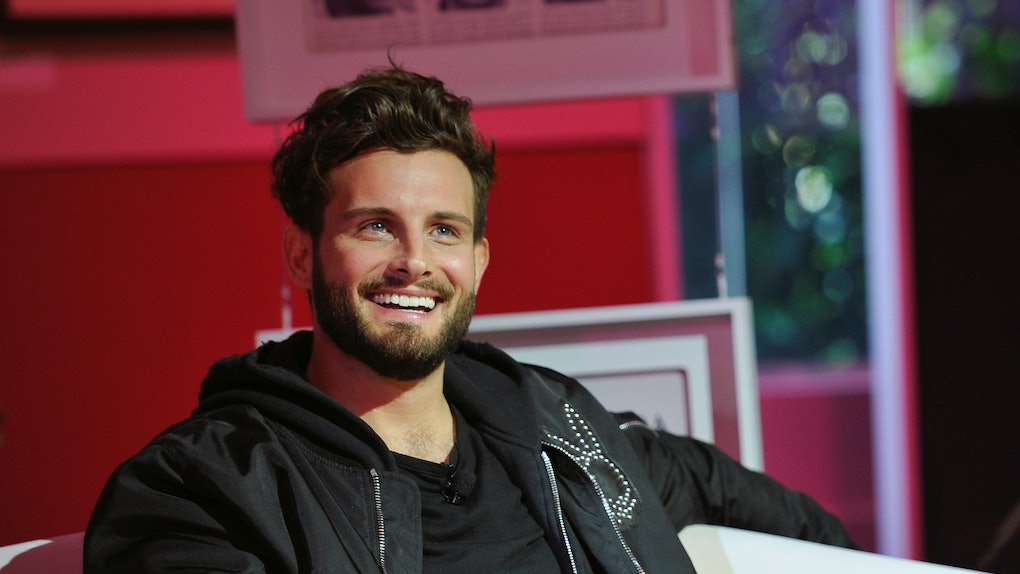 Designing tattoos in the depths of Brooklyn isn't quite the same as living in a world inflicted with zombies, but Nico Tortorella is going to figure out how to balance both. The Younger actor has spent six seasons and counting on the TV Land comedy, but when they aren't in the shoes of tattoo artist Josh, Nico Tortorella will star in the new Walking Dead spinoff series on AMC.

On Aug. 5, Tortorella was announced to star in the third, still-untitled series of AMC's Walking Dead franchise. Following the success of The Walking Dead and its first spinoff Fear the Walking Dead, AMC greenlit the new series in April 2019 ahead of its production this summer. The network described the 10-episode first season with the following:

[The third series will] feature two young female protagonists and focus on the first generation to come-of-age in the apocalypse as we know it. Some will become heroes. Some will become villains. In the end, all of them will be changed forever, grown-up and cemented in their identities, both good and bad.

Tortorella will play the lead role of Felix, "an honorable man of his word who isn’t afraid to fight for others’ safety and acceptance." Their Walking Dead involvement reportedly won't affect their work as a series regular on Younger, which was recently renewed for a seventh season. Tortorella joins a cast that already includes Aliyah Royale, Annet Mahendru, Alexa Mansour, Nicolas Cantu, and Hal Cumpston. After the season films in Richmond, Virginia, it will debut on AMC in spring 2020. The spinoff arrives several months after the October 2019 start of The Walking Dead Season 10 and the September conclusion of Season 5 of Fear the Walking Dead.

AMC has kept major details under lock and key, but before Tortorella's casting was released, the network launched a teaser for the drama series.

Featuring the cast members announced prior to Tortorella, the clip teases the events, locations, and people within the Walking Dead universe audiences have yet to see. In between each actor's delivery of a line, concept art from the new series appears, hinting at an amplified version of the familiar Walking Dead world.

Tortorella celebrated their Walking Dead casting on Instagram, writing, "Get ready y’all. This is it. Felix is the one."

So far, Felix is the new series' only character that AMC has described. This could either be because the character is particularly important or because Tortorella is relatively well-known compared to their co-stars. Most of the actors in the teaser also look notably younger than Tortorella, who is 31, so perhaps Felix is a mentor or guardian of other characters. Let the Walking Dead theories begin!

Fans will be able to fully determine Felix's impact once the series airs, and based on the location tag of their recent Instagram post, Tortorella has already been filming the Walking Dead project in Richmond. Local news outlets have also posted casting calls for series extras, reporting that the show began filming in Central Virginia in July and plans to remain there until November. Fingers crossed for Tortorella posting glimpses of Richmond possibly turning into a literal Zombieland.

Season 1 of the new Walking Dead series premieres on AMC in spring 2020.

More like this
Is Netflix Making A 'To All The Boys' Spinoff Series About Kitty? Here's The Tea
By Rachel Varina
Disney+'s 'High School Musical' Series Season 2: Release Date, Trailer, Cast, & More
By Ani Bundel
These Tweets About Regé-Jean Page Leaving 'Bridgerton' Are Royal Bummers
By Cianna Garrison
Stay up to date