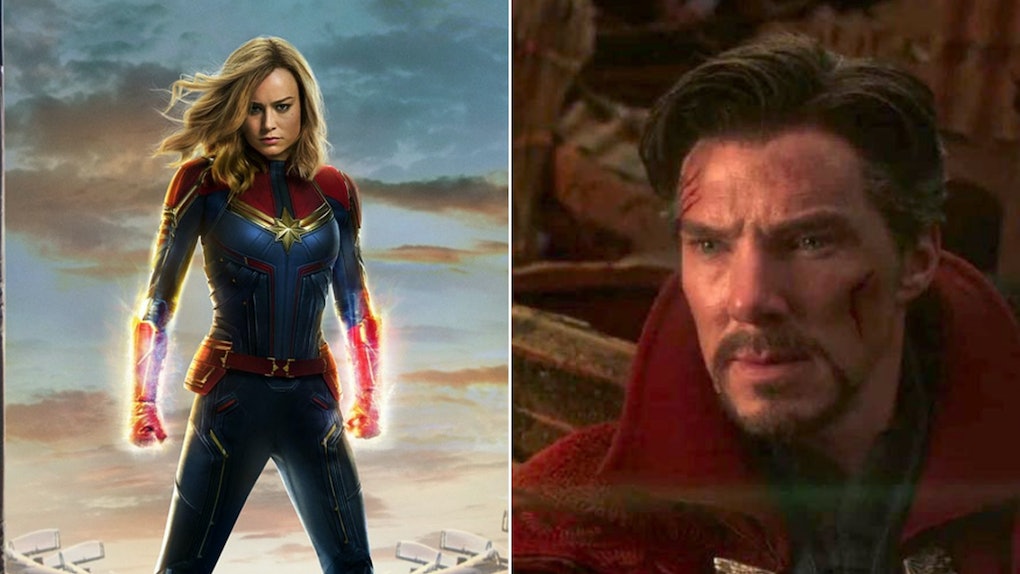 The Avengers hype is at an all-time high as we get closer and closer to Avengers: Endgame. Of course, Marvel fans have been theorizing about what the new movie could possibly be about or reveal since Avengers: Infinity War changed everything this past summer, but now that the Marvel Cinematic Universe has given us more footage over the past few months, a whole crop of new theories have been popping up. Here is an overview of all the biggest new Avengers: Endgame fan theories that everyone is talking about.

One of the most talked about lines from Avengers: Infinity War came from Dr. Strange, who revealed that he saw over 14 million possible outcomes for the Avengers' battle with Thanos and only one of them ended in victory for the good guys. Fans have been trying to figure out what this one winning scenario entails since Infinity War, and now one fan may have put it together, thanks to some new info from Ant-Man and the Wasp.

A new Reddit theory purports that Dr. Strange may have seen Ant-Man getting stuck in the quantum realm, and that was somehow essential for the Avengers to finally beat Thanos. At the end of Ant-Man and the Wasp, Scott Lang winds up trapped in the time-altering quantum realm because Hank Pym and Janet and Hope van Dyne all disappear due to Thanos' snap before they can pull him out. There is an incredibly small chance that Thanos' snap would have happened in the brief time that Ant-Man was in the quantum realm, and that may have been what Dr. Strange was trying to time just right for Thanos' snap.

2. How Captain Marvel will be introduced

One of the most heartbreaking scenes from the newly released Avengers: Endgame trailer shows Tony Stark drifting alone in space after the events of Infinity War. After everyone on the planet of Titan with him disintegrated at the end of the movie, Stark will start off Endgame alone, trying to make it back to earth... but his situation appears to be dire.

However, the trailer does not contain any mention of Captain Marvel, the MCU's newest hero who is confirmed to join the gang in Endgame. One pretty believable theory is that Captain Marvel will be introduced to the rest of the Avengers by first saving Tony Stark from his galactic isolation. After all, the latest Captain Marvel trailer showed Carol Danvers flying around in space no problem, plus we know that she is also headed to Earth at the beginning of Endgame after getting Nick Fury's distress call.

3. The return of Ultron

Of course, the most pressing concern of Avengers: Endgame is finding a way to stop Thanos, and some fans think that a past Avengers supervillain may actually be the solution. A new fan theory that has popped up guesses that Tony Stark may actually resurrect his dangerous robot Ultron in order to stop Thanos. The theory is largely based on a still Marvel released ahead of Infinity War that never made it into the movie, showing Stark testing out a fleet of Iron Man robots.

And the theory makes sense beyond just this photo's existence. Hardcore Marvel fans pointed out that we have heard the new Avengers' title before — in Avengers: Age of Ultron, Tony Stark constructs Ultron to defend earth from alien attacks, ominously referring to intergalactic attackers as "endgame." Although Ultron wound up becoming a massive disaster, Stark was actually right about what the Avengers should have been worried about since Thanos decimated the team. But Stark could get redemption in Endgame by rebooting a new version of Ultron that actually does prevent alien attacks and takes down Thanos.