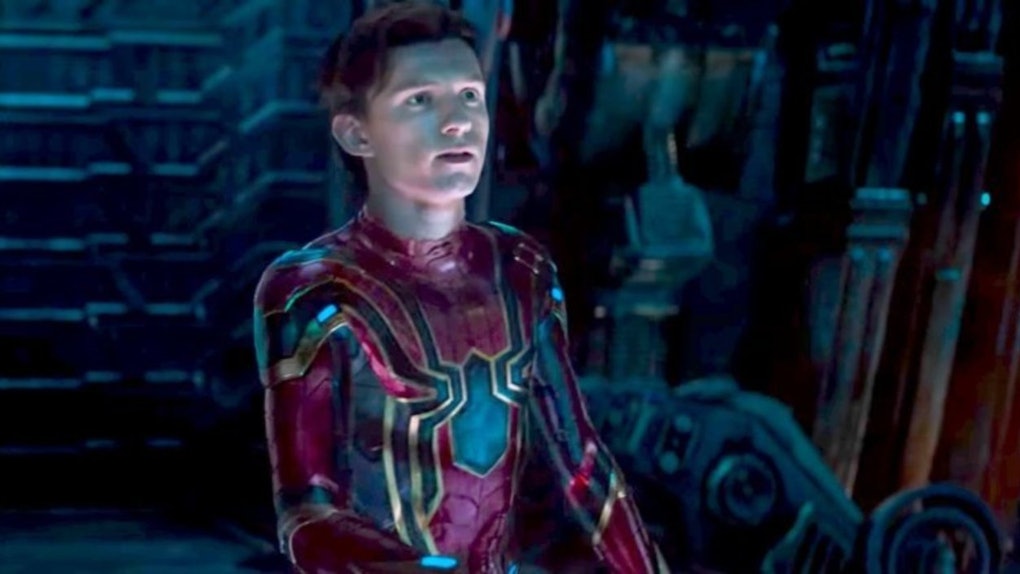 Everyone knew it was coming. When the Avengers 4 title and trailer dropped, the fan theories started popping up like mushrooms after rain. Marvel, in its infinite wisdom, decided to not to hold one in favor of the other or play around. The Avengers: Endgame title, trailer, and expected release date bump all were announced within minutes of each other. But no one could have foreseen how many fan theories would come out of the news cycle or reach beyond to Phase IV. The Avengers: Endgame trailer has inspired a Spider-Man: Far From Home theory, and it may depress fans more than the ending to Infinity War.

The first half of the Endgame trailer is devoted to Tony Stark. Everyone he traveled out to the ends of space with is gone. Both Dr. Strange and Peter Parker are done and dusted, as are all of the Guardians who invaded the ship in search of Thanos. Only Nebula survived, and she arrived later. Anyway, from the looks of things, it seems she has abandoned him.

Stark, seeing the end of his life with no way home, makes a recording to Pepper, apologizing for all of this, in case his dead body is ever found.

Now, obviously, Tony Stark isn't going to die in this scene. Something is going to come along and rescue him, but viewers just don't know what yet. (But it probably won't be NASA.)

But the running assumption is both Chris Evans, who plays Steve Rogers aka Captain America, and Robert Downey Jr. are done with the franchise when the movie ends, and their characters will die.

So if Stark doesn't die here, what is the plan? This is where the Reddit theory comes in:

The reason we don’t see Uncle Ben die in Homecoming, even in a flashback is because they are prepping Tony to fill that role. Tony has this arc with Spidey where he recruits him, becomes his mentor, then watches Spidey disappear. When the “deaths” are undone, Peter is in trouble again at some point in Endgame and Tony will sacrifice himself to save the kid. It will complete his arc and will also mirror what we usually see with Uncle Ben.

This would also explain why Downey is not going to be making an appearance in Spider-Man: Far From Home. He and Gwyneth Paltrow (Pepper Potts) were the cameo crossovers from the Marvel Cinematic Universe in the first Spider-Man Sony-MCU co-production. This time, it will be Nick Fury and Maria Hill (Samuel L. Jackson and Cobie Smulders) as Parker's S.H.I.E.L.D. contacts. With Parker moving up the ranks to interact directly with Fury, it suggests Stark is out of the picture for good.

Will Stark function as the "Uncle Ben" figure to push Peter Parker into using his powers for S.H.I.E.L.D.'s missions? Until the Far From Home trailer gets released (which may not happen until after Endgame is in theaters), fans will have to wait and wonder.