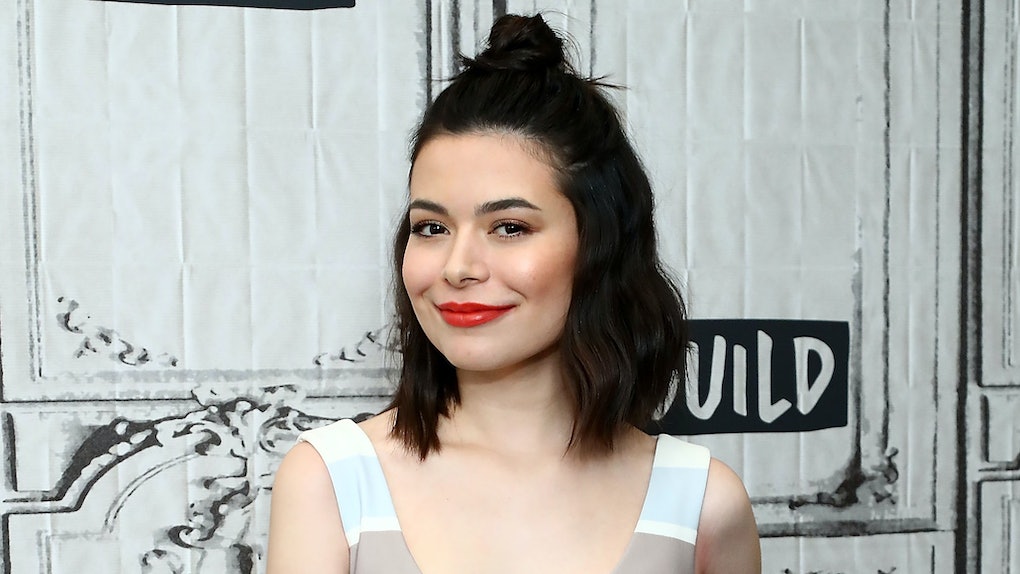 With an iCarly reboot on the way, no one could blame you for getting nostalgic about the Nickelodeon series and its star, Miranda Cosgrove. News of the reboot might have even reignited that old celebrity crush you used to have. (Can't just be me, right?) A stroll back through Cosgrove's dating history may leave you a bit confused, since the line between who she's been romantically linked to and "just friends" with is pretty blurry. This could be by design to keep her private life private, but would also be very much in keeping with Miranda Cosgrove's zodiac sign.

Cosgrove was born May 14, 1993, under the sign of Taurus. This sign is ruled by Venus, the planet associated with love, so they have a huge heart and a romantic streak. This is balanced, however, by their element, earth, which makes them more grounded and less in a hurry to rush into relationships, preferring to take things slow and steady and often starting things off as friends.

It's also not uncommon for these friendships to slowly become relationships, so the line between bestie and partner can get very hazy. While we might not be able to know for sure who Cosgrove has dated, we can get some insight into what kind of partner she would be based on her zodiac sign.

Taurus is the reliable partner of your dreams.

One of Taurus’ greatest strengths is how steady they are. If you want a roller coaster ride, date an Aries or a Gemini. But if you want a true sense of security with the knowledge that your partner cares and will stick with you through thick and thin, then find yourself a Taurus lover. They're as reliable as they come. That's because Taurus knows what they want and doesn't need to play games or create drama to stay excited by their relationships. If anything, this is the quickest way to lose their interest, as it makes them feel unappreciated, and frankly, they don't have time for that.

Taurus is very sensual. They appreciate all the best things in life, like great food, beautiful surroundings, and the feeling of being cozied up with the person they love. This comes back to their connection to Venus, which is associated with a great love of beauty and pleasure. While Taurus is always up for an adventure — so long as they aren't roughing it — they're just as happy to spend time snuggled up at home with their partner, under their favorite weighted blanket with some gourmet popcorn to share.

They have a huge stubborn streak.

Taurus doesn't really do conflict. They pretty much go with the flow and are slow to anger. But when it does happen, don't expect to have a productive conversation until they've had a chance to cool off. Let's put it this way: Have you ever won an argument with a brick wall? Of course not, so don't expect to win one with a stubborn Taurus. While one of their greatest strengths is that they know their mind well so they don't flip-flop with indecision, it also means once they've made up their mind about something, there's probably no changing it.

Taurus is as loyal and trustworthy as they come.

Taurus has many traits that make them great partners, but perhaps at the very top of that list is their loyalty and trustworthiness. When you're in Taurus’ inner circle, they'll have your back no matter what. Anyone who comes for the people they love will get the bull’s horns. If they disagree with you, they'll pull you aside and tell you so in private, because they're all about maintaining that unified front. They also value trust very highly, because they struggle to forgive others when their own trust is broken, so they're careful to practice what they preach. Taurus also isn't sneaky or secretive, so you always know where you stand with them. Talk about refreshing.

While it may be a while before Cosgrove is ready to share who (or even if) she's dating, one thing is sure: Whoever snags this Taurus’ heart will be the lucky one.