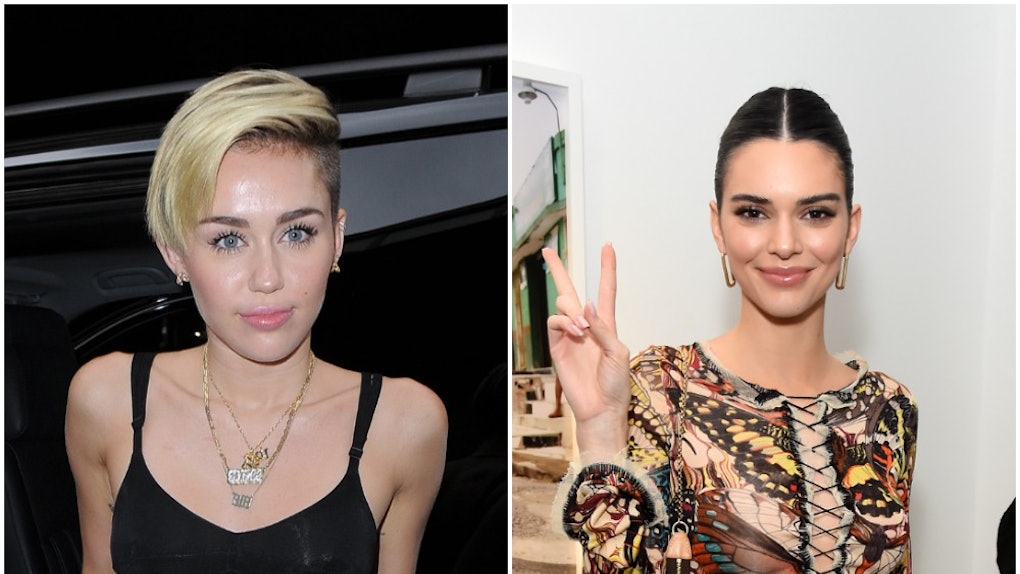 Miley Cyrus doesn't have time for social media nonsense. After rumors surfaced on Monday, Nov. 2, that Cyrus had unfollowed Kendall Jenner on Instagram after the model came under fire for hosting a large Halloween party on Oct. 31, seemingly ignoring the fact that the coronavirus pandemic is still going on, the Hannah Montana alum cleared the air. Miley Cyrus' response to rumors she unfollowed Kendall Jenner bring awareness to something much more important.

Over Halloween weekend, Jenner faced backlash for her star-studded birthday bash after she and her famous friends and family posted dozens of photos and videos from the party where attendees didn't practice social distancing or wear face coverings. While the pictures showed attendees seemingly acting careless by not taking precautionary safety measures, Kris Jenner has since shared that everyone had to test negative for COVID-19 before being let into the celebration.

But that didn't stop one person from noticing Cyrus isn't following Kendall on Instagram, and jumped to the conclusion that she must have unfollowed the reality star for her choice to throw a party during a pandemic. The Twitter user also claimed Cyrus no longer followed Kylie Jenner, The Weeknd, and Saweetie, who were also at Kendall's party.

After Cyrus caught wind of the gossip, she set the record straight — and used the opportunity to encourage fans to get out and vote. "Never. Followed. Any. Of. Them. To. Begin. With.," Cyrus replied to the tweet. "Let's stop talkin bout who I follow on the damn gram and talk about VOTING!"

With a nod to former vice president Joe Biden and vice presidential candidate Kamala Harris, who Cyrus is voting for, she added: "1 day to go! #BidenHarris."

It's clear Cyrus is unbothered by talk about who she does and doesn't follow on social media, but big props to her for turning the conversation to something much more important: The 2020 presidential election.