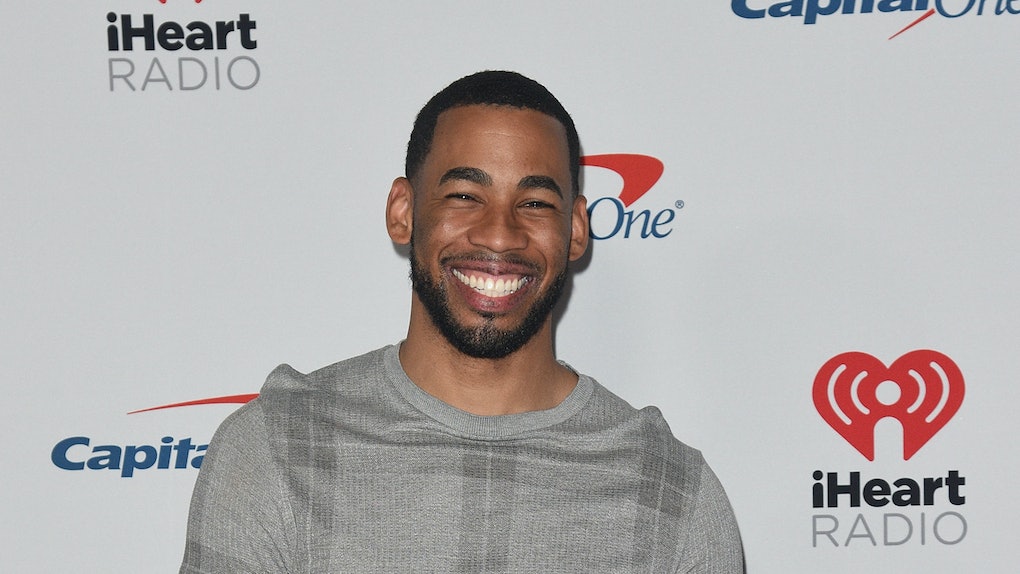 Ever since Mike Johnson and Tayshia Adams were seen embracing at the iHeartMusic Festival in Las Vegas on Sept. 21, fans became convinced something must be going on between the two Bachelor In Paradise alums. However, Mike Johnson’s quote about Tayshia Adams and their reported flirting made it clear he wasn't taking the gossip lightly. Well, considering Tayshia is in a long-distance relationship with fellow Bachelor In Paradise contestant John Paul Jones, and Mike is reportedly hanging out with singer Demi Lovato, it makes sense that his tone was firm when addressing the rumors to Us Weekly.

"Dean was right there, Caelynn was right there, Derek was right there," Johnson told Us Weekly on Sept. 27. "Tayshia and I FaceTimed JPJ when we were in the car going to some event. She is happy and is beautiful in her relationship with JPJ. Those guys would never let me try to mack on all of our friend's girlfriend. And vice versa... That’s just BS, like no. She’s an attractive woman, but not for me. She’s in a relationship and I may or may not be talking to someone as well."

Clearly, Mike's not here to play. He went on to call attention to the "ridiculous" assumptions often made by the media. "We live in a day and age where if I give a woman a hug, and she’s an attractive woman, they may say, 'Oh, they’re together,'" he added. "It’s ridiculous at this point in time." Although it may seem like a stretch to assume two people who are standing close together or exchanging a hug must be flirting, the rumors that Tayshia's relationship with John Paul Jones is reportedly fake have probably also added some fuel to the fire.

Although there's no way to know for sure what happened in Vegas, a source close to Tayshia and Mike reportedly told E! News that whatever was going on between the two wasn't flirting. "Tayshia and John Paul Jones are still together," the source reportedly said. "Tayshia and Mike hung out in Las Vegas during the iHeartRadio Music Festival, but they were always with a bunch of stars from Bachelor Nation. They were chummy and getting along but not flirting." The source reportedly continued, saying, "Everyone from the franchise was excited to see each other and several of them were spotted at Shake Shack one night having an unofficial after-party. Mike's friendly with everyone and so is Tayshia. They were just great pals having a blast."

For now, it seems like Tayshia and Mike may not be anything more than friends. And as far as Mike's concerned, he said his goal is to fall in love ASAP, so he doesn't see himself back in Paradise in the future. "I will tell you that I’m so happy right now... I would probably not go to Paradise again simply because hopefully I’ll be in love next year," Mike said. "Hopefully sooner than that." It's not yet clear if Mike and Lovato are officially an item, but here's hoping he finds what he's looking for.

More like this
Zac Clark's Quote About His Relationship With Tayshia Adams Post-'Bachelorette' Is Honest
By Corinne Sullivan
Clare Crawley's Tweet About Matt James Reportedly Dating Grace Amerling Is Shady
By Candice Jalili
Did Bennett Jordan Send Kelley Flanagan Flowers? Here's Why Fans Think So
By Candice Jalili
Stay up to date