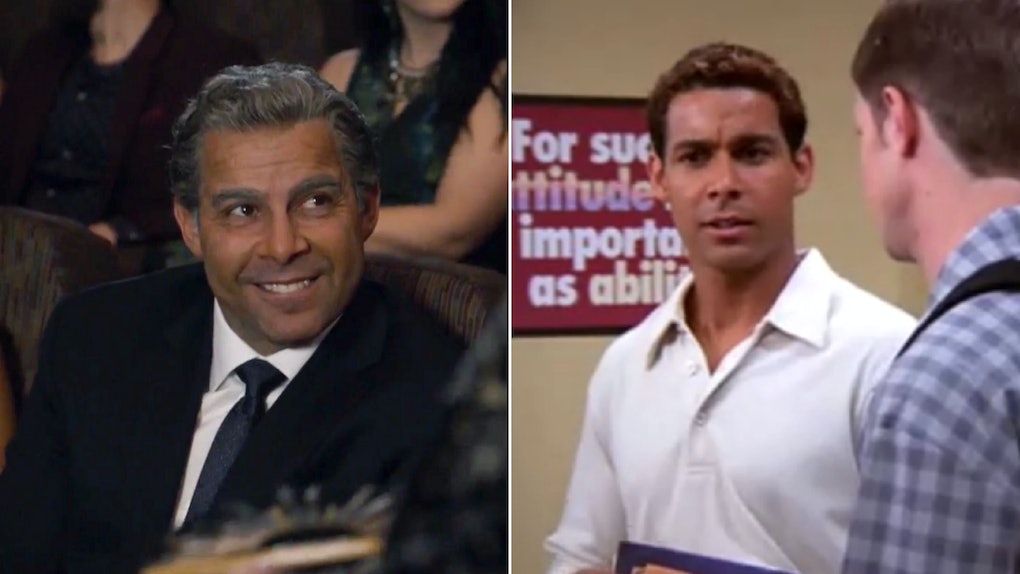 Miguel From 'This Is Us' Was On 'Sabrina The Teenage Witch,' But No One Realized Until Now

This Is Us has a way of seriously transforming actors so that you can barely recognize them any more. Since the NBC family drama is constantly jumping backwards and forwards in time to drastic degrees, many of the actors have had to put on a ton of age makeup to make themselves look decades older. In the series premiere, viewers were shocked to see Mandy Moore completely transformed into a much older woman at the end, and this age makeup may also be part of the reason why it took viewers a while to realize Miguel from This Is Us was on Sabrina the Teenage Witch back in the day.

When Miguel first arrived on This Is Us way back in the series premiere, many fans of the show were felt an instant animosity towards him. Sure, that was mostly because of the fact that it looked like he stole his best friend Jack Pearson's wife after his death, but it could have also been because certain viewers may be carrying some residual hate for actor Jon Huertas due to his antagonistic role on Sabrina the Teenage Witch. Before he was trying to find his place in the Pearson family, Huertas was making Sabrina Spellman's life a living hell as the witch hunter Brad Alcerro.

Yep — Miguel from This Is Us is the same guy as the witch hunter Brad from Sabrina the Teenage Witch! Although he only recurred on the sitcom for one season, Brad's arc is one of the most memorable for all Sabrina fans. Brad was Harvey Kinkle's old best friend, who moved back into town and immediately started hanging out with Harvey again, although he clearly did not like Sabrina at all. Turns out, that was because Brad unknowingly carried a witch hunter gene, which made him extremely cautious of witches and allowed him to sense if magic was being used around him.

Brad only lasted for one season of Sabrina the Teenage Witch, but Miguel seems to be here to stay on This Is Us. After an awkward couple of seasons trying to get the rest of the Pearson family to accept that he is now with their mother Rebecca, it finally seems like Miguel is part of the family. And it was probably difficult for even the most diehard Sabrina the Teenage Witch fans to recognize Brad under all that old-age makeup that Jon Huertas has to put on to play Miguel in most of his scenes. In reality, even Huertas himself does not look too much like the aged-up Miguel — here's a recent picture of Huertas without his Miguel makeup on:

And Sabrina the Teenage Witch was not Jon Huertas' only memorable role before becoming Miguel on This Is Us. He has worked steadily on TV and film since the mid-'90s, appearing in notable parts on shows like Moesha and Castle.

This Is Us is currently airing its third season, but Miguel has not really done much this season yet. You can catch new episodes Tuesday nights at 9 p.m. ET on NBC.