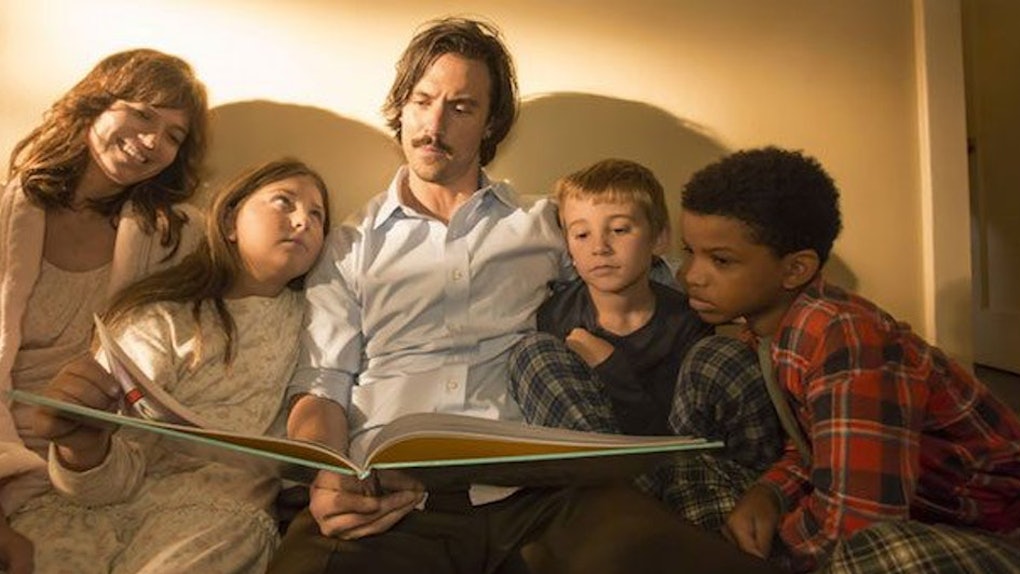 Will Kate Die On 'This Is Us'? Fans Are Starting To Worry About Her Fate

Now that we have finally gotten closure on Jack Pearson's death, This Is Us is moving on to another tragic mystery in its third season. Brief flash-forwards have show older versions of the Pearson family mourning a mysterious "her," spurring every fan to wonder who "she" could be and what might have happened to "her." Although Tuesday night's most recent episode did not include any flash-forwards, it may have clarified the "her" mystery even more. After the episode, fans were left wondering, will Kate die on This Is Us? Things definitely seem to be getting dicey for Kate, so let's get into why fans are worrying that she will die this season.

Spoiler alert: This post will include plot details from This Is Us Season 3 Episode 3, "A Philadelphia Story." Following the events of the Season 3 premiere, Tuesday night's new episode showed Kate beginning the hormone therapy for in vitro fertilization... and of course, that quickly spun out into a ton of Pearson family drama. When Rebecca found out about Kate's IVF plan, she immediately began voicing her concerns that the procedure would be too dangerous for her given her weight. And to make matters even more complicated, Toby dumped out all his antidepressants after the fertility doctor told him that they were lessening chances of conception, and now he is going through withdrawals, causing him to unexpectedly lash out at Rebecca.

Sadly, it looks like Toby's depression and withdrawal symptoms will continue to be an issue this season, and as the season premiere showed in a flash-forward, likely continue well into his future. But, at least we did get a resolution for Kate and Rebecca's fight. When Toby does not show up to administer Kate's scheduled hormone shot, Rebecca steps in and apologizes to her daughter for reacting so negatively, explaining that she feels somewhat responsible for Kate's weight issues because she stopped caring about what she ate as a child after Jack died.

So, everything with Kate seemed to end on an uplifting note, but all that talk about the possible IVF complicates definitely kept ringing in fans' ears after the episode ended. I mean, there was a legitimate reason for Rebecca to be worried, after all, and Kate herself has also acknowledged how much harder this process will be for her because of her weight. Given all this, some fans are worried that Kate may wind up dying during her pregnancy this season. People have already been theorizing that Kate could be the "her" we keep hearing about in the flash-forwards, after the Season 3 premiere showed a depressed-looking Toby laying in his bed alone and without a wedding ring, with Randall calling to tell him that "she" would want him to be wherever the family is headed. With all this IVF and weight talk, now it is starting to look like Kate's death may happen sooner rather than later. So... get ready to cry a whole lot more this season, I guess.

This Is Us airs Thursday nights at 9 p.m. ET on NBC.