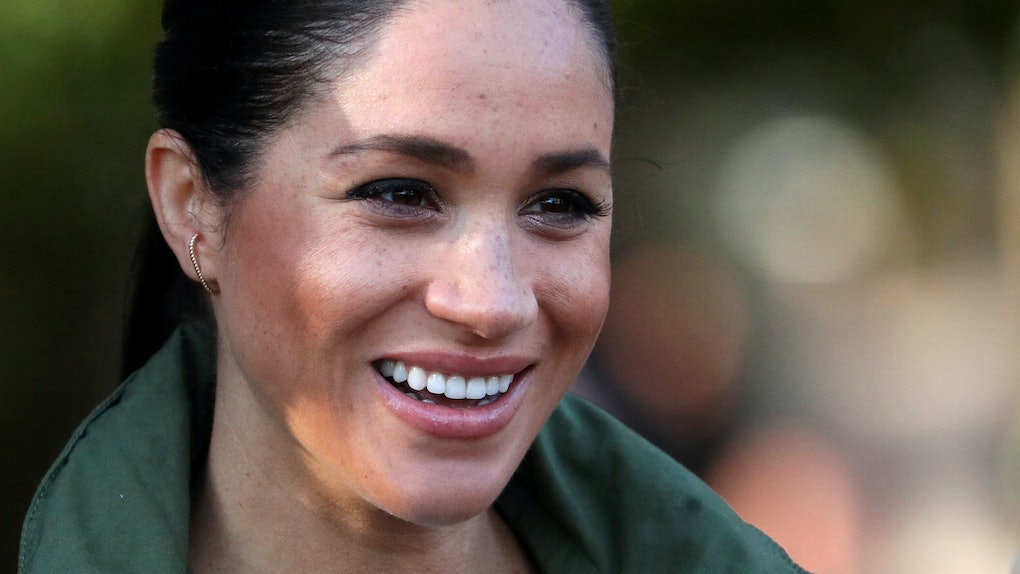 As you already know by the now, Meghan Markle gave birth to a beautiful and healthy baby boy! The baby arrived on May 6, and Meghan gave birth with Prince Harry and her mom, Doria Ragland, by her side. So, it was a pretty standard royal baby birth! And Meghan seems incredibly excited to be a new parent as does her hubby Prince Harry. All that happiness aside, though, fans are waiting for the couple to announce the baby’s full name. More specifically, fans are waiting for Meghan Markle’s baby’s middle name to be announced.

Kensington Palace announced Baby Sussex's name is *drumroll please* Archie Harrison Mountbatten-Windsor in an Instagram post on May 8. Here's what the Palace had to say:

Harrison? That may have come out of left field for most royal family fans.

As is usually the case with royal babies, the public has gotten caught up in a sort of baby-name frenzy as of late. Everyone seems to have their own predictions for what the baby’s full name will be, with some even suggesting that the baby will in some way be named after Princess Diana or someone else with close ties to Harry and Meghan.

Just a month ago, back in March 2019, Express reported that fan predictions were as follows:

All of those are pretty interesting guesses for first names. But middle names are a bit trickier. In an October 2018 report from Vogue UK, Carolyn Harris, a professor of history at the University of Toronto School of Continuing Studies explain that royal baby names tend to be chosen by where in the line of succession that baby falls. Since Baby Sussex is way down the line, he could have a really unique name if Harry and Meghan adhere to all royal baby naming traditions.

“The further down the line of succession, the more likely you are to have a more unique or untraditional name,” Harris said.

Well, Harrison is nowhere to be seen on that list of guesses, so it looks like Harris is right!

One thing’s for sure, though: the royal family truly does like to recycle some of those names. For example, some of the names predicted for Baby Sussex were also ones that fans had chosen for Prince Louis before anyone knew he was a boy. Alice, Victoria, and Albert were all on the list. So, it makes sense that those names would also be on the list for Baby Sussex.

I really like Harrison as a middle name, personally. It sounds perfectly regal, but also somewhat unique. Good job, Meghan and Harry!