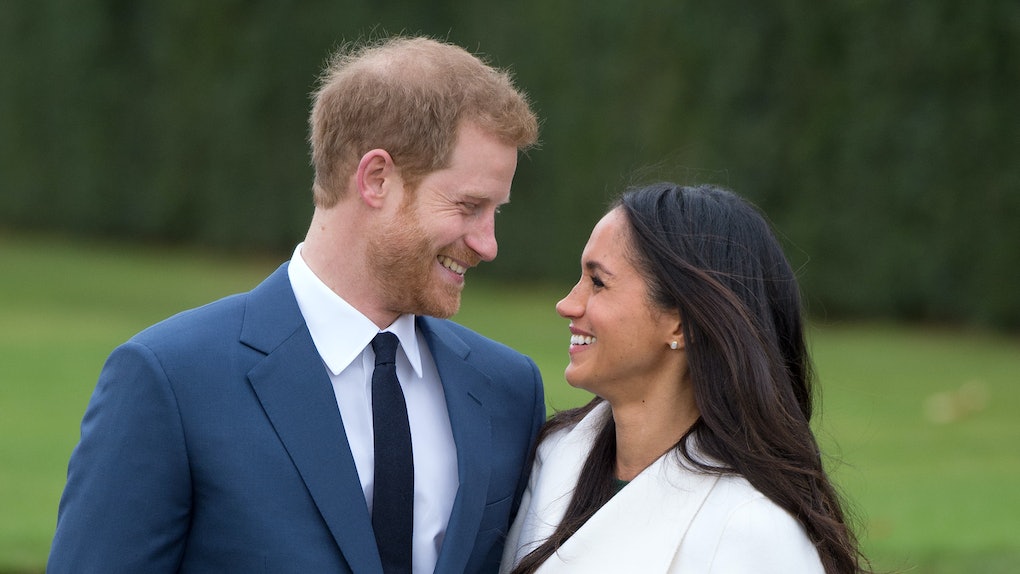 Meghan Markle and Prince Harry are one of the cutest couples out there. Thanks to a segment that aired on The Late Late Show with James Corden, fans now know Meghan Markle's latest nickname for Prince Harry, which is by far one of the sweetest things I've ever heard.

The nickname was revealed when Corden played a segment of him hanging out with Prince Harry around Los Angeles. When the duo stopped at the original home used in The Fresh Prince of Bel Air, they FaceTimed Markle to see if she was interested in moving there. But since the couple already moved around a few times before they settled down in L.A, the former Suits star said they've "done enough moving" for now. She then asked Harry, "Haz, how's your tour of L.A. going?" and that's when Corden couldn't believe what he just heard.

"Haz?" Corden said. "I didn't know we were calling you 'Haz' now." And Harry replied, "You're not my wife." When Corden was also looking through Harry's phone to FaceTime Markle, he asked the prince for her contact name. According to Harry, she's saved in his phone as "M." How sweet is that? But those aren't their only nicknames for each other.

Back in August 2018, Markle was heard calling Harry "my love" when they hit up a special charity performance of the musical Hamilton, and she also revealed another nickname for him in ITV's documentary Harry & Meghan: An African Journey.

"I have said for a long time to H — that's what I call him — 'It's not enough to just survive something. That's not the point of life,'" Markle recalled at the time, referring to how she deals with being scrutinized by the press. "'You have got to thrive. You have got to feel happy.'"

But even though the couple has had a pretty rocky relationship with the press, their love for each other seems to be enough to help them get by. After all, Markle keeps coming up with the best nicknames for her royal hubby, and that only proves that their love keeps getting stronger every single day.