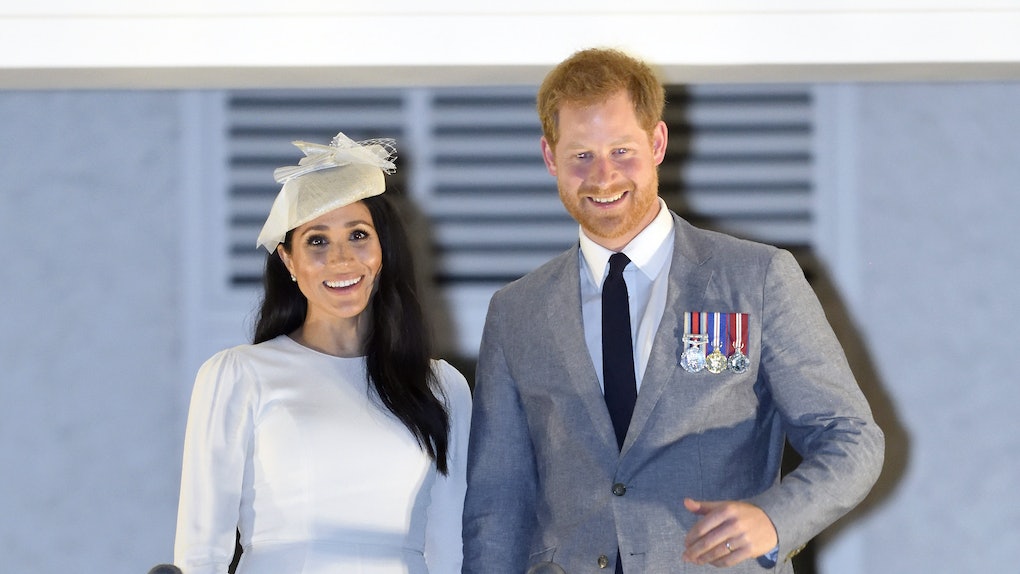 Prince Harry and Duchess Meghan are arguably the most relatable members of the royal family ever. In less than two years of marriage, Meghan and Harry have shaken things up when it comes to how they live their lives and what they intend to do with their future. Much of the couple's life remains private, but now Meghan and Harry's Finding Freedom royal biography will give fans an open and honest look into their reality.

Meghan and Harry previously expressed themselves with posts on their Sussex Royal Instagram page. It's where they announced their decision to step back as senior members of the royal family and work to become financially independent. Their page was ultimately shut down at the end of March ahead of their senior roles ending as a result.

Fans have since been hoping to hear from Meghan and Harry in any way they possibly can, and thanks to their upcoming biography called Finding Freedom: Harry and Meghan and the Making of a Modern Royal Family, the world won't have to wait much longer.

Meghan and Harry dished to trusted journalists and friends about everything from leaving their senior royal roles to beginning their life as commoners.

"Finding Freedom goes beyond the headlines to reveal unknown details of Harry and Meghan's life together, dispelling the many rumors and misconceptions that plague the couple on both sides of the pond," a description of the book on HarperCollins Publishers' website reads.

The book, written by royal reporters Omid Scobie and Carolyn Durand, is "an honest, up-close, and disarming portrait of a confident, influential, and forward-thinking couple who are unafraid to break with tradition, determined to create a new path away from the spotlight, and dedicated to building a humanitarian legacy that will make a profound difference in the world."

HarpersCollins' credits the "participation of those closest to the couple" for helping bring truth to the biography. With that, fans of Harry and Meghan can look forward to hearing the couple's honest thoughts and stories.

Finding Freedom will be released on August 11, 2020, so grab your reading glasses and prepare to be taken on a wild, royal ride.