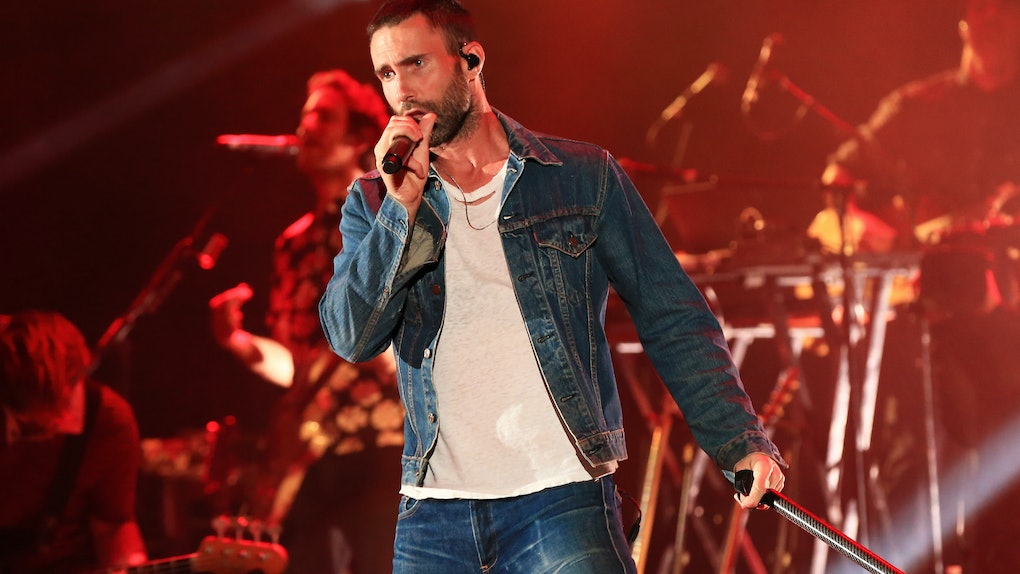 It’s been eight years since Maroon 5 released “Moves Like Jagger," but the song is still as catchy in 2019 as it was in 2011. So, you need to prepare yourself for all the Jagger-like dancing that’s probably going to happen on your TV when you tune in to the Super Bowl halftime show. More than likely, Maroon 5 will play some version of “Moves Like Jagger” during the show because it’s one of their biggest hits and really gets a crowd moving. And the lyrics are really catchy as well! Maroon 5’s “Moves Like Jagger” lyrics will definitely put you in the mood to dance.

If you don’t already know (and how could you not?), the song is a great homage to legendary rocker Mick Jagger of The Rolling Stones. Jagger famously appeared in the video for the song, which is basically full of people — Adam Levine, included — doing their own versions of Jagger’s signature moves. In any case, here’s how Levine and Maroon 5 immortalized Jagger in song.

The first verse is basically all about setting the right mood to get those “moves” going:

You can check out the video for “Moves Like Jagger” down below:

Clearly, Levine is talking to a girl in this song, even if he is honoring Jagger. The chorus is where things get really funky and it’s probably the best-known part of the song:

In the second verse, Levine tells his girl that she’s totally in control of the situation. She’s running the show and he’s just there for the ride:

Baby, it's hard, when you feel like / You're broken and scarred, nothing feels right / But when you're with me / I'll make you believe / That I've got the key / Oh, so get in the car, you can ride it / Wherever you want, get inside it / And you wanna steer / But I'm shifting gears / I'll take it from here (Oh, yeah, yeah) / And it goes like this

Christina Aguilera collaborated with Maroon 5 for this and she essentially played the part of the girl Levine is singing to. And now, she’s showing him exactly what to do:

The combination of Mick Jagger, Adam Levine, and Christina Aguilera is pretty amazing. The song will definitely get the crowd going at any party. So, if you’ve got a Super Bowl gathering on the books, then you know what song to play!