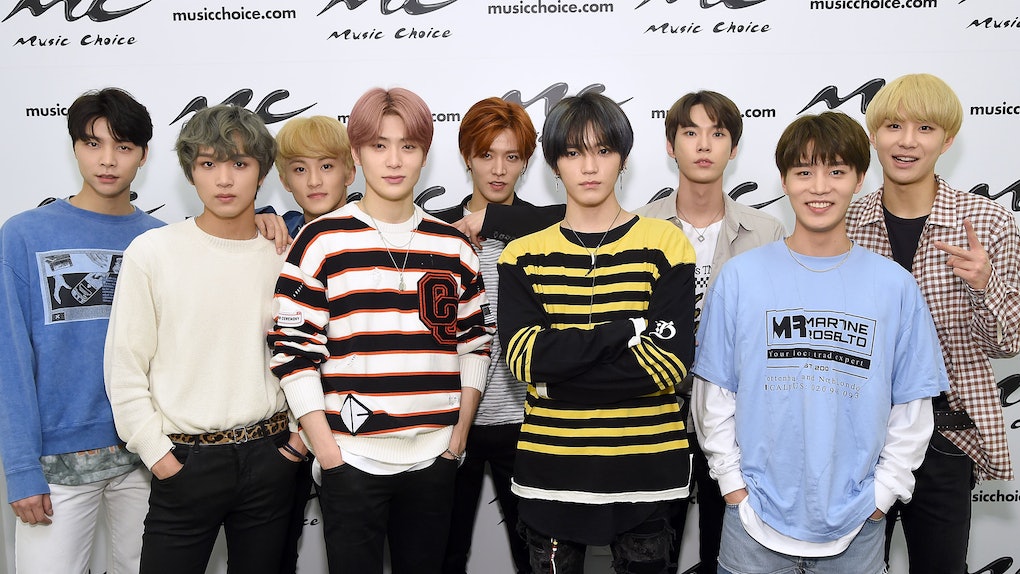 NCT 127 has been in North America for the past few weeks for its Neo City: The Origin world tour. While touring across the country, the 10-member K-Pop group has been making the most of its time here in America by doing several television appearances. Being part of the K-Pop industry, NCT 127 has been constantly getting asked about fellow K-Pop group BTS in interviews, with many comparing the two groups to each other, despite being very different. Mark from NCT 127's comments about BTS explain why K-Pop groups shouldn't be compared: No two groups are exactly alike and they all have something unique to offer.

On May 15, NCT 127 appeared on KTLA 5 Morning News, where the group was compared to BTS several times throughout the program, including before a commercial break that teased it was "the next BTS." Being a K-Pop fan, I'm honestly so tired of hearing this and I can't imagine what NCT 127 and other K-Pop groups feel like being compared to BTS all the time, which doesn't even make sense, TBH. Just like American bands have different sounds and messages, no two K-pop groups are exactly the same. Because of this, K-Pop is more of an industry than a genre, since NCT 127 has its own sound, as does BTS. The same goes for every other K-Pop group.

While appearing on KTLA 5 Morning News, NCT 127 was asked about its thoughts on BTS' popularity, and Mark responded in the best way possible, paying respect to BTS and all it has accomplished while also shining a light on what NCT 127 has to offer — separately from BTS.

Fans also shared their thoughts about the constant comparisons:

Props to Mark for explaining his message so well because NCT 127 does have a lot to offer the world on its own. In fact, the group's popularity is only just getting started in America.

On May 14, the group appeared on The Late Late Show With James Corden, where it performed "Superhuman," the new single off the upcoming album, We Are Superhuman, which will be out May 24. The guys absolutely slayed their performance! Their vocals, choreography, and styles were all on point. And did you see all those neon green light sticks in the background? If you're unfamiliar with NCT, those light sticks represent the group's fans — NCTzens (catchy right?) — and by the looks of it, NCT 127 has a lot of NCTzens cheering them on!

After performing 10 concerts throughout North America in cities such as Dallas, Los Angeles, Vancouver, and Newark, New Jersey, NCT 127 will wrap up its Neo City: The Origin world tour on Friday, May 17, in Toronto at the Coca-Cola Coliseum.