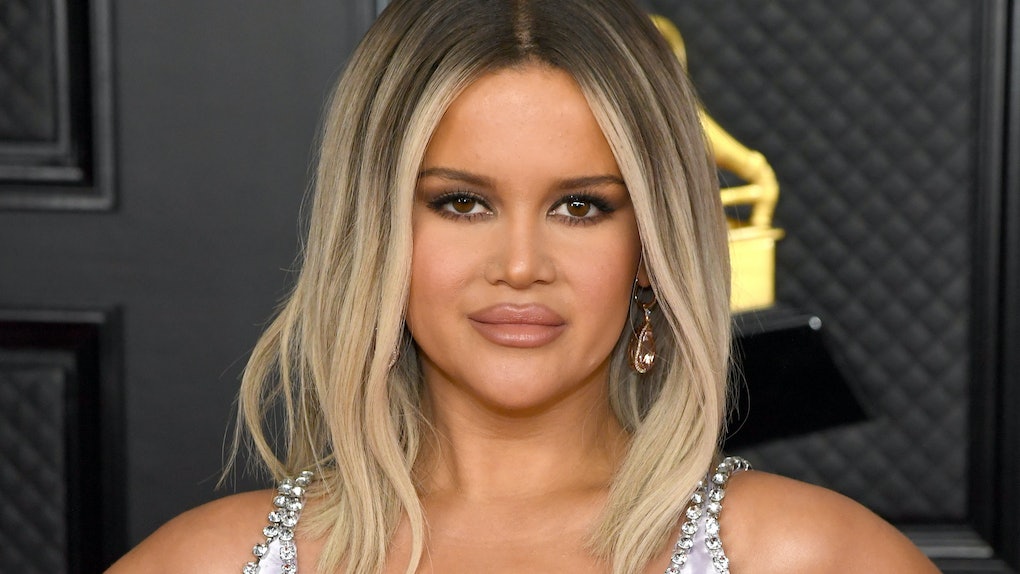 Maren Morris welcomed an adorable baby boy in March 2020, and while she's loving the mom life, there's one aspect of motherhood she'd like to change. Morris is not here for the pressure put on moms to snap back to their pre-pregnancy bodies, and she isn't afraid to speak her mind about it. Maren Morris' Instagram about "snap back" culture was so on point.

Morris and her husband Ryan Hurd first announced they were expecting in October 2019. Their little one entered the world five months later. “Hayes Andrew Hurd. 3/23/20. Love of our lives,” Morris captioned a series of photos of herself and her family. The country singer has seen lots of love from fans along the journey to motherhood, but she's less than thrilled with some of the criticism she and other new moms have taken. Morris took to Instagram on April 2 with an important message for new moms who are also feeling pressured to "snap back" into their pre-pregnancy figure.

"[I] am never saying “trying to get my body back” again," Morris captioned her post. "No one took it, I didn’t lose it like a set of keys. The pressure we put on mothers to “snap back” is insurmountable and deeply troublesome. You are and always were a fucking badass. and yeah, I’m proud."

You can see Morris' post slamming "snap back" culture below.

Morris' slideshow post also included a photo of her working out to show fans she is more focused on overall wellness rather than body image.

This wasn't the first time Morris clapped back at critics over body image issues. After one troll accused her of getting Botox after giving birth, she set the record straight.

“Dude, I just went through a pregnancy and we’re in the middle of a quarantine. The Botox has long worn off,” she said at the time.

Even as a new mom, Morris hit the ground running. She slayed the stage at the 2021 Grammy Awards on March 14, and joined Taylor Swift on the March 26 release of "You All Over Me." Not only is she taking a stand against the unrealistic body standards for new moms, but she's also proven herself to be unstoppable.

More like this
Khloé Kardashian's Response To A Hater Who Called Her "Insecure" Was The Ultimate Clapback
By Sydney N. Sweeney
Lizzo's TikTok About DMing Chris Evans On Instagram Is Truly Hilarious
By Abby Monteil
Chrissy Teigen's Quotes About Khloé Kardashian's Bikini Photo Controversy Addresses Both Sides
By Brandy Robidoux
Stay up to date