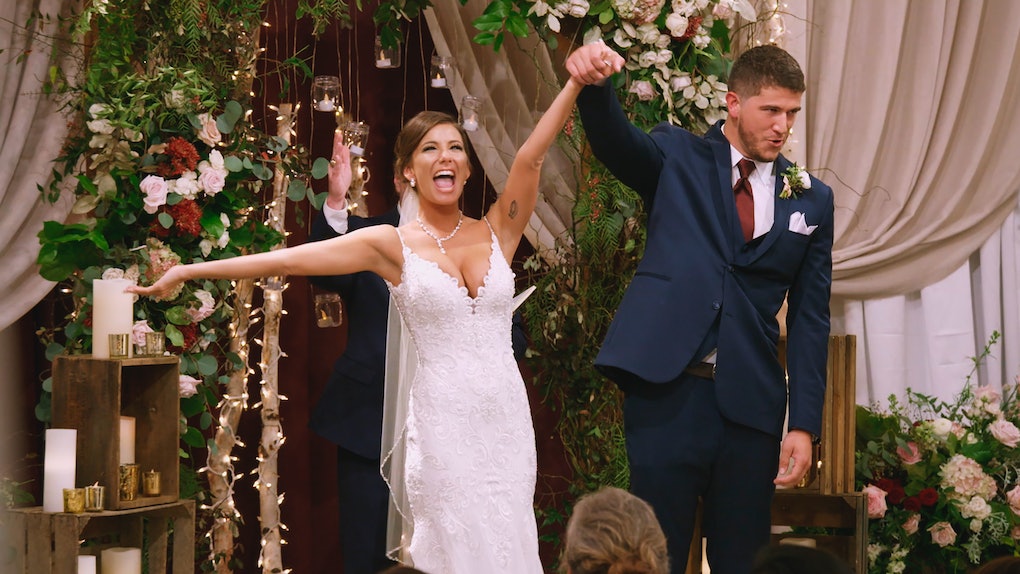 Love Is Blind took the TV-watching world by storm when it launched in early February, and more than a month later, it still has people talking. From catching up with the couples who survived the experiment to recreating the pod dates, fans can't get enough of the dating show. Luckily, there's more coming: On March 24, Netflix announced Love Is Blind Seasons 2 and 3 are officially happening.

It shouldn't be a surprise to anyone who's seen the show — or, you know, been on the internet — to hear it's getting more episodes. The series has everything a good reality series needs: a wacky premise, tons of drama, and attractive people who can't figure out their emotions. But even though the news isn't a shock, it's still very exciting to fans who have been holding out hope. The announcement is especially indicative of the show's success, since it promises not just a second season but a third as well.

Netflix also revealed the new location for the next Love Is Blind season. While Season 1 was cast and filmed in Atlanta, aside from the tropical vacation to Mexico (seriously, this show has it all), Season 2 will take place in Chicago. Casting is currently happening in the city, so if you're looking for someone to make you Italian beef and cheer on the Cubs with, you might want to look into signing up.

In addition to the Love Is Blind renewal, Netflix also announced Seasons 2 and 3 are happening for fellow dystopian-ish reality series The Circle, and revealed hip-hop competition series Rhythm + Flow is getting a second season. Additionally, organization queen Marie Kondo is getting a brand-new series called Sparking Joy With Marie Kondo, in which she and her team will "set out to tidy one small town in America."

Season 2 of Love Is Blind, The Circle, Rhythm + Flow, and the debut of Sparking Joy With Marie Kondo are all set to arrive on Netflix sometime in 2021.