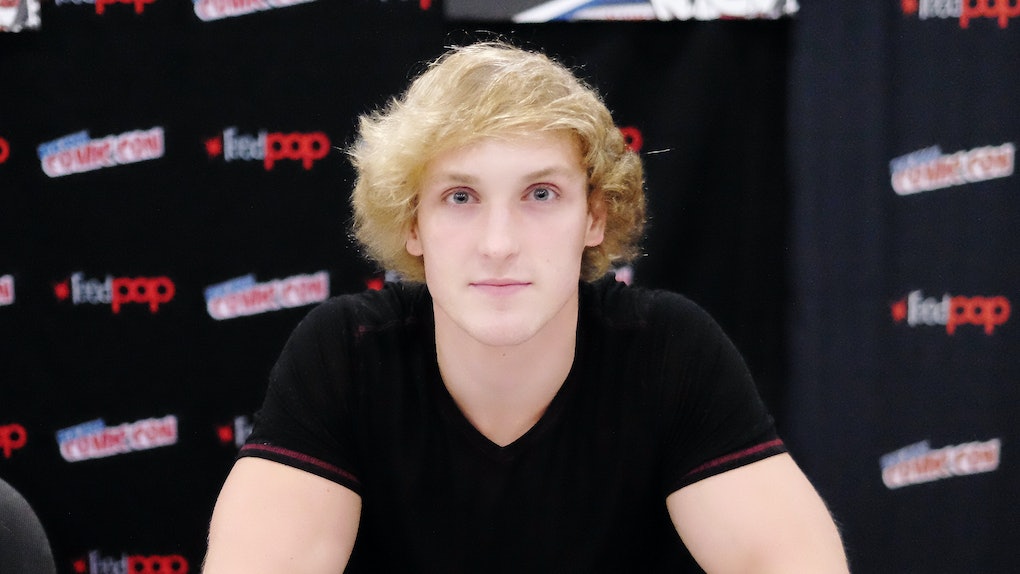 Logan Paul's Making A Documentary About His Rough Year, & This Seems Like A Bad Idea

Remember when Logan Paul was a YouTube superstar, and then he decided to film a dead body in the Japanese “suicide forest," and everything went downhill? Well, apparently Logan is struck by how hard his life has been since that January incident. Now, Logan Paul is making a documentary about his rough year, and it seems like a bad idea.

I guess if you're done with vlogging, documentary filmmaking is a clear next step, but does it have to be? After taking a break from his daily vlogs, Paul posted a "Why I Haven't Been Posting" video on July 4, 2018 explaining where he's been and letting the fans know that he's decided to film a documentary "about everything that's happened this year, all the stuff that went down in January." Um. OK then, I'm sure this will turn out great.

By "all that stuff that went down in January," Paul is referring to a trip he took through Japan’s Aokigahara Forest, known as the "suicide forest," because of the many people who go there to end their lives, in late 2017. In a Dec. 31 2017 video he posted of his trip to the forest, Paul came across someone who had died by apparent suicide hanging from a tree. The YouTuber filmed the whole thing, including a moment where he appeared to be choking back a laugh. Of course, the insensitive video received a huge backlash. People angrily accused him of exploiting the person's death for clicks, overlooking the pain of the person's family, and just generally behaving badly.

In his recent "Why I Haven't Been Posting" video, Paul alludes to the fact that there's more to the story of the "suicide forest" video. He said that it was all affected by "where I was at in my life and kind of the psyche of what actually happened, which includes my upbringing."

While some might be eager to see how Paul could have made such a mistake through this documentary, judging from the backlash he's already gotten about that year, I can't imagine trying to revisit it and explain himself yet again would go over well, especially when you consider his previous attempts to apologize — including the fact that he reportedly made thousands of dollars off his own apology video. Dude, maybe just drop this whole thing.

The video, which was later taken down, was originally uploaded under the title “We found a dead body in the Japanese Suicide Forest…” and only gets worse from the title on. The video started with Paul, who wears a neon-colored alien hat in the video, speaking into the camera saying that "this is the most real vlog I've ever posted on this channel." He then adds, “With that said: buckle the f*ck up, because you’re never gonna see a video like this again.”

Paul and his friends are seen traipsing through the woods, preparing for a Blair Witch Project type of situation, when the video cuts to a body hanging from a tree. “Bro, did we just find a dead person in the suicide forest?” Paul asks.

In his defense (but not really), Paul does take a moment to tell the viewers that "suicide isn't a joke" and explains that he and his friends were only there for the "haunted aspect" and didn't expect to run across a victim. Paul said,

Suicide is not a joke. Depression and mental illnesses are not a joke. We came here with an intent to focus on the haunted aspect of the forest. This just became very real.

Twitter was outraged over Paul's video, saying that it exploited suicide and was disrespectful. After all the angry tweets and responses, Paul decided to tweet an apology on January 1. Paul admitted that he made a mistake, but explained that he didn't do it for the views, but thought he could make a "positive ripple on the internet," and "raise awareness for suicide and suicide prevention."

So, Paul, good luck on your documentary. Although, you should maybe have someone with a more sensitive eye comb through it before it goes public. Just a thought.