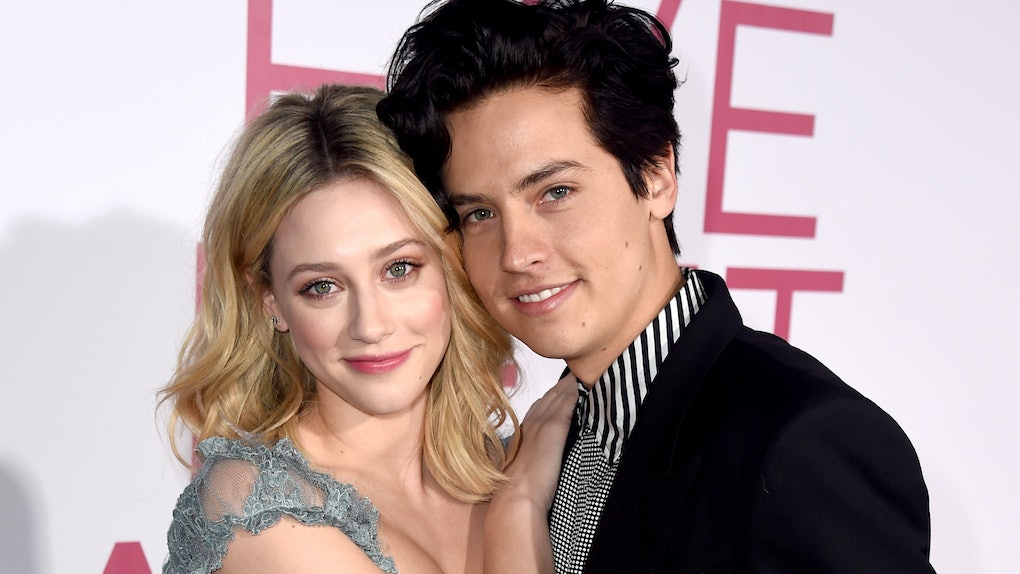 Lili Reinhart Called Cole Sprouse Her "Boyfriend," So Those Breakup Rumors Are Probably Over

Did they break up and get back together? Did they never even break up in the first place? I may never know the truth, but I at least have some peace of mind after Lili Reinhart called Cole Sprouse her "boyfriend" in a recent interview with Coveteur. While promoting her new film, Hustlers, Reinhart was asked about her Halloween costume plans, and she hinted that she and her boyfriend have a TV duo in mind. Yes, her boyfriend.

"I think I’m leaning in towards a character for Halloween," she revealed. "I think I’m going to do it with my boyfriend, Cole." (Elite Daily reached out to Reinhart and Sprouse's reps for clarification, but did not hear back by the time of publication. But still — she said boyfriend!)

Rumors first started circulating about the Riverdale couple's relationship status back in July, following a story published by Us Weekly. Sources claimed that the dynamic duo who play Jughead and Betty had gone their separate ways after two years of dating, and Bughead fans everywhere mourned. But things became complicated after the release of W's cover story on the maybe-couple. Reinhart responded to the article with an Instagram caption: "BREAKING: A reliable source has confirmed that none of you know sh*t," and apparently, she wasn't kidding.

Up until now, Reinhart has neither confirmed nor denied the reported breakup, though her Instagram post wasn't the only piece of evidence that the rumors were just that: rumors. Following the W cover story — which also reported that Bughead was dead — Reinhart took to Twitter to share just how she felt about supposedly "reliable sources." "Don’t believe everything you read on the internet, kids," she said. "And news sources should try a little harder to be less vile. 'Reliable sources' can kiss my a**."

And then there was that whole birthday Instagram that she posted in honor of Sprouse's 27th birthday on Aug. 4. "They haven’t known the fortune it is to love you," she concluded her "sappy" birthday poem. Let me ask you, reliable sources: Have you ever written a sappy birthday poem for an ex? Yeah, I didn't think so.

In my humble opinion, these two never actually split. Just two days after Reinhart posted that birthday poem on Instagram, Sprouse spoke to ET's Katie Krause at Variety's Power of Young Hollywood and divulged that he didn't really care what people thought about their relationship. "That's the nature of our industry," he said, later adding that rumors are "something you sign up for" when you're a part of Hollywood, and that you have to have some fun with it.

Reinhart has definitely seemed more annoyed than amused by the rumor mill, but with this recent Coveteur piece, she shut down those rumors with just one word. So can we all start hypothesizing about what TV duo these two are taking on for Halloween rather than hyper-analyzing their relationship? The only other clue that Reinhart provided: "No special effects this year, but maybe a wig." TBH, they could just be themselves for Halloween, and I'd be happy as long as they're together. Thanks for (maybe) clearing things up for once and for all, Lili.