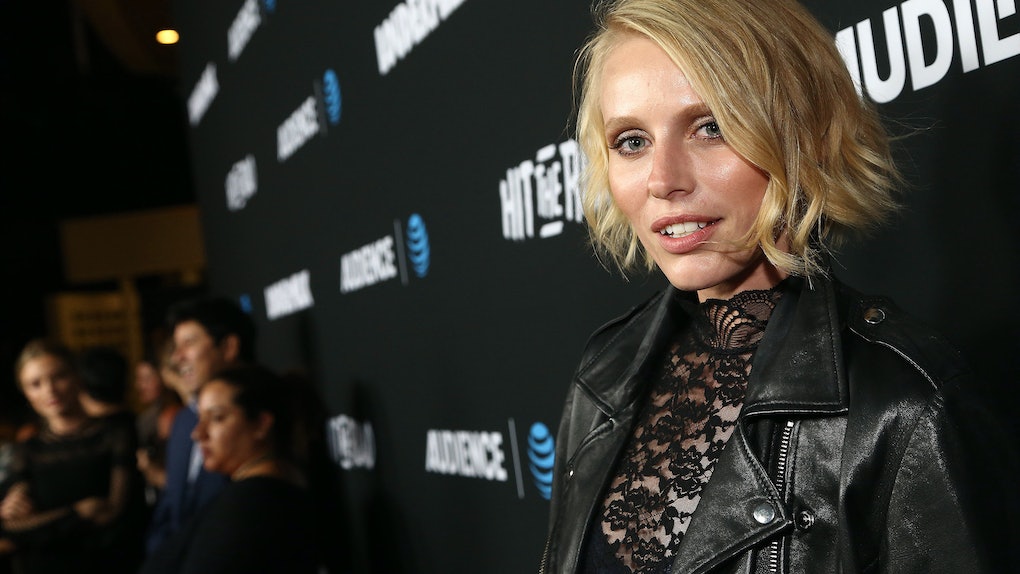 Toxic shock syndrome (TSS) is a bacterial infection most commonly associated with the possibly nightmarish results of keeping a tampon inside you for too long. While the condition is rare, and has become increasingly more rare in recent years, it's a potentially life-threatening complication that still deserves our attention. In fact, the issue of TSS is making waves in the news as we speak, as model Lauren Wasser lost her legs to toxic shock syndrome due to a continued battle with complications from the condition that initially began in 2012, when she had her first leg amputated below the knee. Now, Wasser has had to amputate her other leg below the knee as well, calling attention to just how serious TSS can truly be.

It was autumn of 2012 when Wasser was first diagnosed with TSS. According to a 2015 report from Vice, she came down with a high fever and flu symptoms around the night of Oct. 3, which eventually cued her to go to the hospital and get checked out. Wasser, who was 24 years old at the time, was put into a medically induced coma, and then she suffered a heart attack. She eventually woke up to feeling burning sensations in her feet that were the result of gangrene, meaning that the tissues in her limbs were beginning to die. Her right leg, below her knee, was amputated as a result. Her other leg was left severely damaged, but she opted out of amputating both legs during the initial operations, nevertheless realizing that, in the future, another amputation was more than probable.

The surgery to amputate the bottom part of her left leg took place on Jan. 11, 2018, over five years after her initial diagnosis.

According to Vice, Wasser's tampon use, which apparently caused her TSS, wasn't anything out of the ordinary. The 29-year-old model told Vice that on the day she became ill, she had her period, and she changed her Kotex tampon in the morning, afternoon, and evening. By the time she was brought to the hospital, after losing consciousness, Wasser was near death. An infectious disease specialist identified the symptoms of TSS when no one else could pinpoint the issue, asked if she had a tampon in, and got it tested.

As a bit of background on the condition, TSS is often caused by staph or strep bacteria that are already present in a person's body. Moreover, the condition isn't always a result of tampon use, nor is TSS something that can only affect women. But tampons happen to create a rather "perfect" environment for this type of bacteria to grow, which is why the two are so often lumped together.

Common brands of tampons that aren't 100 percent organic cotton usually contain synthetic fibers, and any ingredients that are added to tampons that are not cotton can make TSS a real possibility. It is for this reason that Wasser has gone into a legal battle with both Kotex, and the stores at which she purchased the brand. Elite Daily reached out to U by Kotex for comment on the story, but did not hear back by the time of publication.

The concern and demand Wasser and her legal team share is for the products women use to be made responsibly, and that they are produced and manufactured safely and transparently.

But as Wasser's lawyer, Hunter J. Shkolnik, told Vice, the continued connection between TSS and commonly used tampon brands does not surprise him.

I wish I could say [Lauren's case] shocked me, but it doesn't. The tampon has not been changed since the day of the original TSS epidemic. All they did was put on the label, "Oh, you can get toxic shock." The material has gone unchanged for decades.

Despite all of this, Wasser has been in high spirits, and she continues to spread awareness about the realities of TSS while remaining positive about her future. After a visit from Amy Purdy, a Paralympic snowboarder who also has had both of her legs amputated, Wasser wrote an inspiring message on her Instagram.

She wrote, "...thank you for showing me that life is only going to get better and that I have so much life to live."

Wasser plans to continue fighting for TSS awareness by telling stories concerning women's health that simply need to be told.

Here's to the inspiration that is Wasser's courage and positivity, and to the hope of making the world a safer place for women to have their periods.