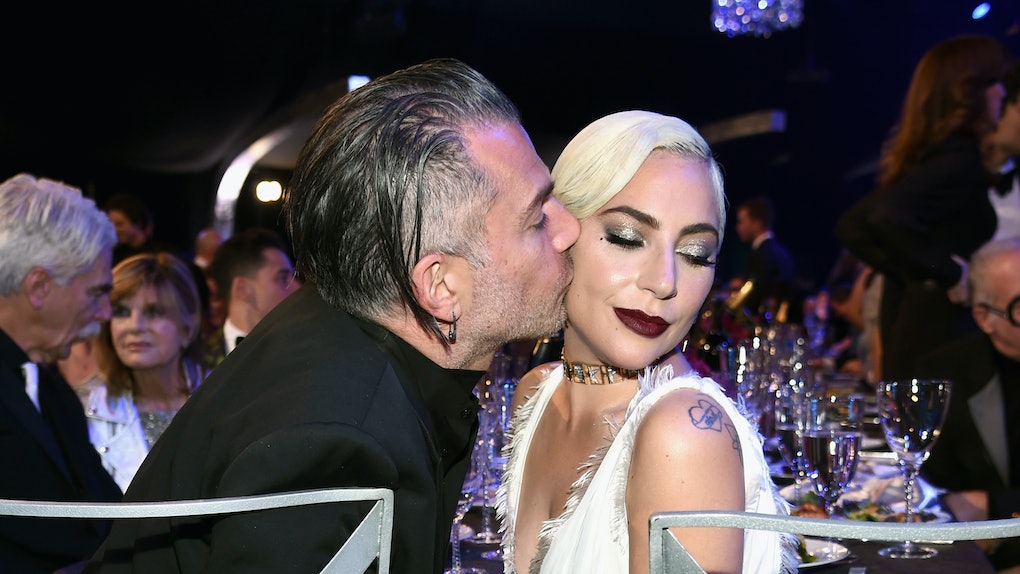 Some exes can go onto be lifelong friends. Lady Gaga and her most recent ex do not fall under that category. Lady Gaga reportedly asked Christian Carino for no contact after their split and for good reason. “She’s been hounded by Christian,” a source recently told Us Weekly of Gaga's relationship with Carino since their split. “She told him not to contact her.” Yeah, I think after your ex hounds you, it's probably a good call to ask them not to contact you. (Elite Daily has reached out to reps for Gaga and Carino and did not hear back in time for publication.)

The formerly engaged couple just recently split during award season and their relationship when they were together reportedly wasn't much better than it is now. “Chris didn’t treat Gaga very well toward the end of their [two-year] relationship,” a source told Us Weekly in March of 2019 of the reasoning behind Lady Gaga's split from Carino. Much like his reported recent behavior, Carino was reportedly very invasive of Lady Gaga's private life and personal space while they were dating. “He was jealous,” the same insider told Us Weekly in May of the reasoning behind the split. “He was trying to find her all the time and texted her a lot. Her friends didn’t like him either.” Finally, Gaga had enough and reportedly decided to end things. "Gaga was the one who broke things off," the same source told Us Weekly.

Of course, things weren't always this dark for the former couple. Rumors that Gaga and her talent agent were steaming up their otherwise professional relationship started swirling about in the beginning of February 2017 when they were spotted getting their flirt on ahead of her Super Bowl LI Halftime Show performance. No, seriously. There's literally a picture of her taking a selfie while she kisses Carino on the cheek and he holds her waist. Definite flirty vibes.

Shortly after the they were spotted getting cozy in February, Ryan Seacrest asked her about the rumored relationship during an appearance on On Air With Ryan Seacrest. Gaga played it cool. "I don't know," she said coyly. "You know I don't talk about my love life, Ryan!"

Then they finally became Instagram official in October 2017 when Gaga posted a selfie of herself and Carino in honor of her late best friend, Sonja Durham, who she lost to breast cancer. In the caption, she refers to Carino as "a very special someone." Read the whole thing for yourself here:

After rollin around on the couch feeling sad with the help of some of my #grigiogirls and a very special someone I managed to dress up and feel better in a beautiful pink sequined dress generously gifted to me from @oscardelarenta Sonja would want us to celebrate her Birthday. So we are. Dressed in Pink and handing out pink chocolate kisses for #breastcancerawareness

Then thing seriously steamed up for the two of them when they went ahead and reportedly got secretly engaged in the summer 2017. Gaga didn't publicly confirm that they were headed down to the altar until October 2018 when she reportedly referred to Carino as her "fiancé" during a speech. She was also wearing a massive pink diamond engagement ring... so, yeah, it's safe to say they were actually engaged.

But, alas, it doesn't look like the relationship was right for Gaga. Here's to hoping she finds the right person for her in due time.