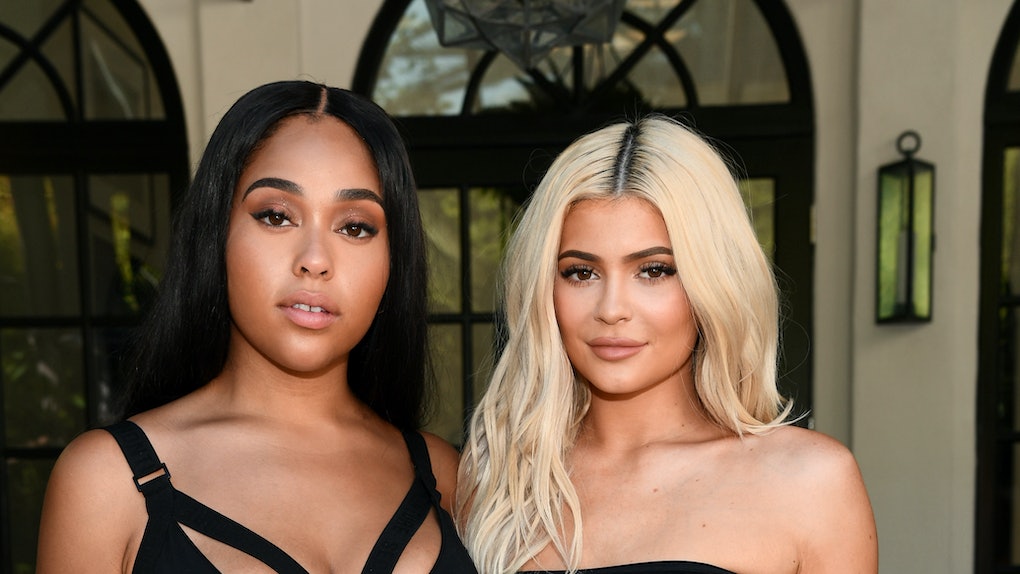 Kylie Jenner is clearing the air in the aftermath of her falling out with Jordyn Woods. Shortly after the news broke that Jordyn Woods reportedly got cozy with Tristan Thompson (Jordyn denies hooking up with Thompson, and Thompson's reps did not respond to Elite Daily's request for comment), Kylie Jenner's Jordy Lip Kit — her makeup collaboration with her former best friend — was slashed in price, which many took as an omen that the 21-year-old entrepreneur was throwing some shade and publicly cutting ties with her onetime bestie. However, according to Kylie Jenner’s comments on the Jordyn Woods Lip Kit sale, the timing of the discount was completely coincidental — and she was just as shocked as everybody else when she learned about it.

In an interview with The New York Times published on Saturday, March 30, Jenner revealed that contrary to popular belief, the price slash was completely unintentional.

"That is just not my character. I would never do something like that and when I saw it, I was like, thrown back," she told the publication.

She continued, "Jordyn knows I didn’t actually put it on sale." Elite Daily reached out to both Jenner's and Woods' reps for comment on the star's remarks to the The New York Times, but did not hear back by the time of publication.

Instead, Jenner explained that cutting the price of her Kylie Lip Kit collaboration with the influencer from $27 to $13.50 was something that had been planned out weeks in advance when the product switched from white to black packaging, and that she contacted an employee as soon as she saw what had happened.

Still, even if the Keeping Up with the Kardashians star wasn't seeking to make a power play, that doesn't mean that all's well in paradise. Shortly after news of the alleged infidelity broke, Woods — who'd lived with Jenner and been a constant fixture in the reality star's life — reportedly moved out of Kylie's guest house and things have been pretty rocky since. While sources initially hinted that a reconciliation was on the horizon (Jenner and Woods had been pretty much inseparable and done everything together, after all), that's seemed less likely in recent weeks. Elite Daily reached out to both Jenner's and Woods' reps for comment on the pair's current friendship status, but did not hear back by the time of publication.

"Kylie has had a rough few weeks," an insider reportedly told People. “She is still upset about the Jordyn situation, although she seems to be doing much better."

And while Jenner wouldn't stoop to slashing the prices of the former BFFs' makeup line out of revenge, she's currently exploring other friendships, per the publication.

"She has been socializing more and trying to find a bigger circle of friends that she can be close with," the source told People. "After the Jordyn drama, she realized that relying on just one friend is not the best idea." Jenner's representation did not respond to Elite Daily's request for comment on the reports that her friendship with Woods will never be the same and that she's exploring other friendships.

As of now, it looks like a reconciliation is not in the works, but I wouldn't rule out anything in the future. In the meantime, you can catch how the drama unfolds on the upcoming season of Keeping Up with the Kardashians that premieres on E! on Sunday, March 31.