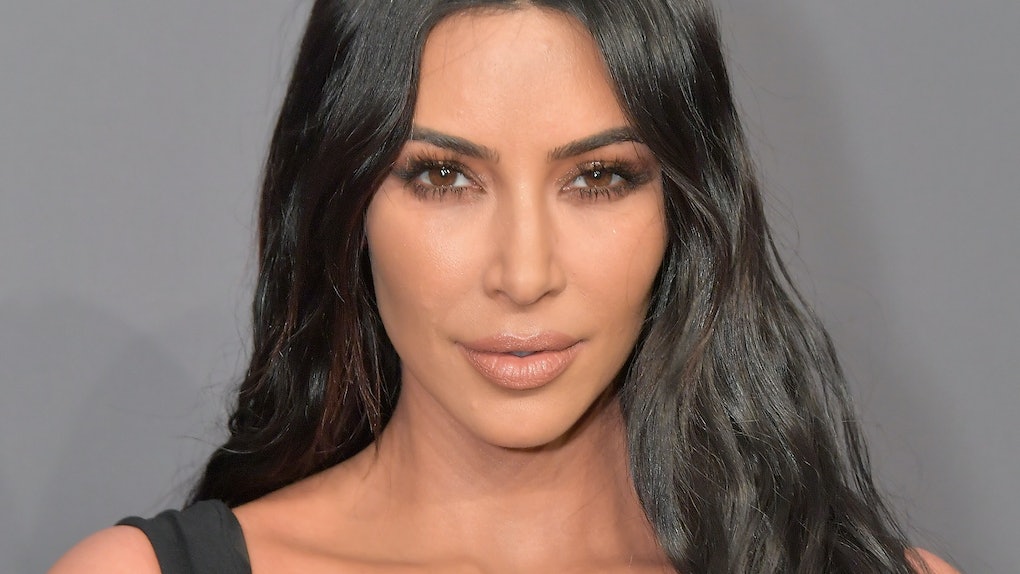 When Kim Kardashian sets her mind on something, she goes all in. Whether it's launching a fragrance, getting in shape, or starting her own beauty brand, the Keeping Up With The Kardashians star means business, and you will never catch her just phoning it in. Case in point: during the most recent episode of KUWTK, the reality star shocked her fans when she revealed that she is willing to give up her celebrity status in order to focus on prison reform and follow her new path in life — which includes taking the bar exam in 2022. And while Kim Kardashian's comments about putting fame on hold may be surprising, her reason for doing so is so, so important.

"My goal in 10 years would be to give up being Kim K and focus on [prison reform], and be an attorney and fight for so many deserving people," she explained. "It’s kind of crazy because I’m learning it all as I go. I spend more time on this than I do anything else. It’s insane but it’s so fun to be around people that are super smart and get it and want the same thing."

In case you forgot, Kardashian and her team of lawyers were able to free Alice Marie Johnson from prison last June after working together to get a pardon from President Trump.

"I think now having gotten so deep in helping Alice, I’m really motivated to get to know the law more and fight for people who deserve a second chance like her," Kardashian explained during the May 5 episode.

She also revealed that even though she's busy raising three kids, expecting a fourth, and studying to take the bar, it hasn't stopped her from adding something else to that ever-growing list of things to do: she's taken on an apprenticeship at a law firm.

"Just because you do an apprenticeship does not mean that it’s anything less," she said. "You have to put in 18 hours a week. It is a full commitment. I won’t have time for events, for favors, for friends, for literally anything, for four years. I’m not afraid to work hard. It’s going to be really hard but it’s also really important to me."

Oh, and in case you're wondering, she apparently has the full support of husband Kanye West when it comes to this new endeavor.

Check out this screenshot of a text West sent Kardashian on May 6, which the makeup mogul then shared with her fans on Twitter:

I get texts like that every single day, don't you?

"[Kanye has] always been someone in my life who has always pushed me to do what I want to do, no matter what the rules are, no matter what people say," Kardashian explained. "So the fact that he is supporting me in this journey, knowing that for the next four years it would take time away from him and our kids, means a lot to me. [It] gives me the confidence that I really need and that extra push of someone around me to be like, ‘I know you can do it. You got this.’"

I am so here for all of this.

Now, can someone please direct me to the nearest supportive-as-Kanye husband store? K thx bye.

More like this
Peter Weber’s Quote About How ‘Bachelor’ Producers Get Contestants To Kiss Is Wild
By Abby Monteil
Colton Underwood Is Reportedly Making A Netflix Show After Coming Out As Gay
By Dylan Kickham
This 'Drag Race' Season 13, Episode 14 Clip Shows The Top 4 Getting SO Real
By Lexi Williams
Stay up to date